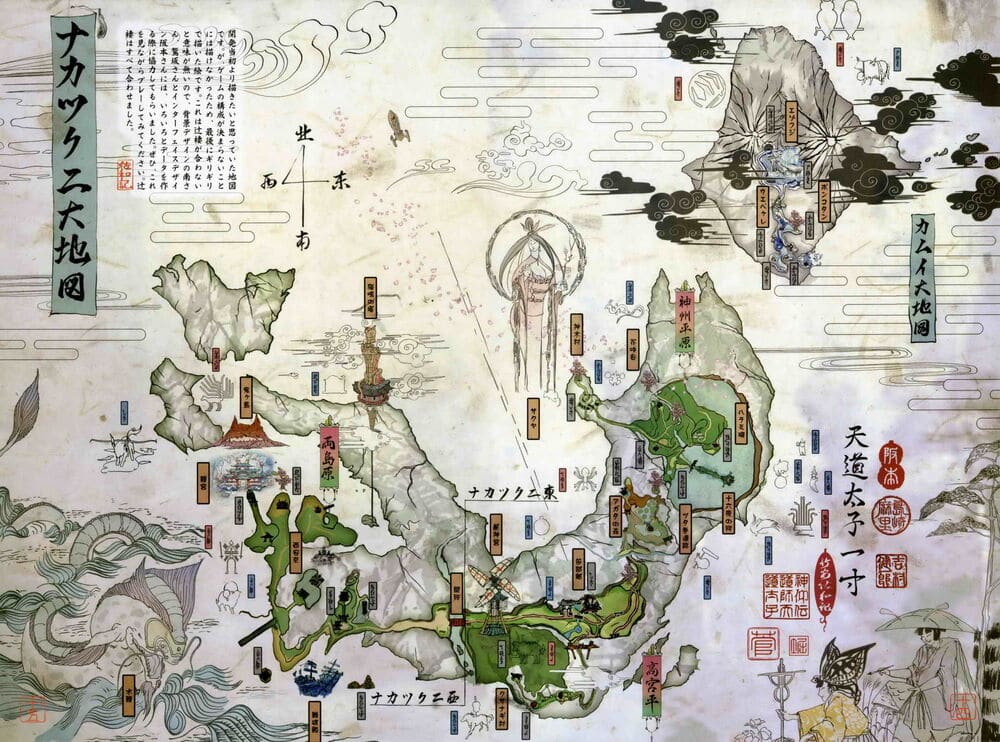 4 Games to Delve into if You Love Lore (That Aren’t The Elder Scrolls, The Witcher 3, or Fallout)

Don’t get me wrong, I could spend hours reading books in Skyrim, exploring the vaults in Fallout, or getting political in The Witcher 3 – but let’s talk about some less common lore today.

Okami is an older game now, but an absolute gem. What makes the lore great? It’s based on real Japanese folklore and history. The names of everything and everyone are based on Japanese tales and heroes. There’s the setting of Nippon, with many parallels to real-life Japan. The creatures you meet and battle are mostly based on Japanese stories and legends, from the demons you run into to the cute, little poncles. Most characters are from Japanese tales, as well – including your sidekick Issun, based on a character from a well-loved fairy tale, and of course the protagonist Amaterasu, the sun goddess in mythology. You simply can’t play this game without learning something about Japanese history.

Horizon Zero Dawn has the type of game world you can’t wait to learn more about, what with the giant robot animals and the fashion choices of the characters. What makes the lore great? There’s something really thrilling for the lore-lovers out there to see a well-organized timeline. And Horizon Zero Dawn’s Wiki page is… *chef’s kiss*. But that’s not it. A game with this kind of setting is just waiting to unfold before your very eyes, and if the hints about the world’s past sprinkled throughout the environments you travel through aren’t enough, the data points you find while exploring not only show you how the world came to be, but also may hint at the future, as well.

Sunless Sea is all about exploration. What makes the lore great? The way its story intertwines with Failbetter Games’ other titles. Sunless Sea, Sunless Skies, The Silver Tree, and Fallen London all take place in the same world, although they aren’t particularly sequels (except for Sunless Skies and Sunless Sea). This leads to a literary-level worldbuilding, and not just because it’s one of Stephen King’s favorite techniques, but because it’s simply cool, fun writing worth deep-diving into.

Hollow Knight might not seem like the type of game with a deep story to tell, but it’s so layered that there are plenty of videos and articles written about it that note that they’re only pretty sure they know the whole story. What makes the lore great? You puzzle it together, and there’s a LOT to glean. If you like immersive, environmental stories that you uncover by and for yourself, treat yourself to Hollow Knight. And if you miss something in the world, there’s a lot of internet exploring to be done.

Building on these worlds, Hollow Knight: Silksong is coming soon, and here’s some fanart that builds on a bunch of game worlds.

What game lore do you love? Let us know below.

If you enjoyed this article, why not check out our other work such as The Invisible Demographic — Teenage Girls in Gaming or #TransTagNow March Outside of Twitch HQ.