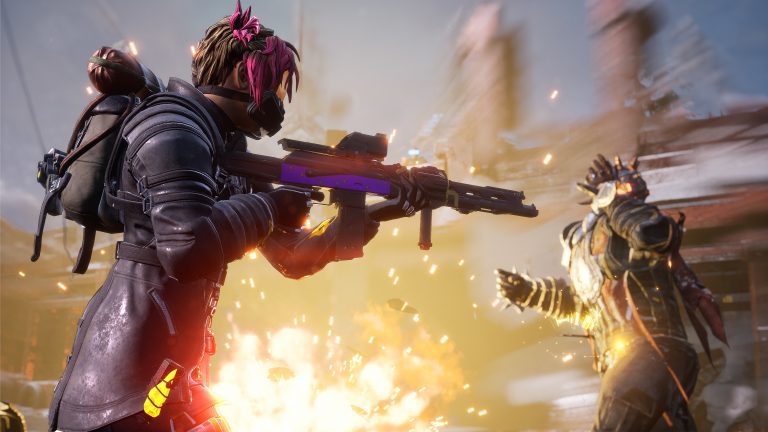 When it comes to the asymmetric multiplayer survival horror genre, Dead by Daylight is one of the first video games that come to mind. With more than 50 million copies sold across the world as of March, it’s one of the most widely recognised franchises in the video game community. Since its release, the company has released a few other noteworthy projects, with its most recently announced collaboration with Konami Group Corporation, Silent Hill: Ascension, scheduled for release sometime in 2023.

Additionally, in September, we found that Behaviour Interactive currently has another unannounced project in development, its “next” multi-platform competitive multiplayer franchise, similar to Dead by Daylight. However, it seems that the company may have another unannounced project currently in development with its recently acquired development studio, Midwinter Entertainment, which became a part of Behaviour Interactive in May.

Midwinter Entertainment released its first project back in April 2021, Scavengers, a free-to-play action shooter, in collaboration with Improbable Worlds Limited. Unfortunately, the video game did not receive much attention from players, with the concurrent players on Steam constantly declining since its release to barely 50 concurrent players now. While the company hasn’t released any other projects since then, upon acquisition, Midwinter Entertainment revealed that it was working on a new project as a part of Behaviour Interactive. However, no further details were disclosed about it — that is, until now.

Earlier today, we came across a few recent job listings from Midwinter Entertainment on the Behaviour Interactive website, one of which is for the AI Designer position at the company’s Toronto studio in Ontario, Canada, the description for which reads, “Founded as an independent game developer in 2016, Midwinter proudly joined Behaviour Interactive in 2022, and we are now working on our next unannounced title.” It further reads, “As an AI Designer, you will assist in building and balancing AI enemies and their behaviors in a way that heightens core gameplay in Unreal Engine 5.” Based on this, not only are Midwinter Entertainment and Behaviour Interactive currently working on an unannounced project but one that’s seemingly going to be based on Unreal Engine 5.

Furthermore, this unannounced project will also be a third-person action one, as one of the responsibilities of the candidate mentions, “Play a key role in developing a compelling and impactful third-person action experience.” Additionally, one of the responsibilities of the candidate also mentions, “Design, implement, collaborate, and iterate on the AI enemy suite,” which means that there may likely be a combat experience to it as well.

Another recent job listing related to this unannounced project from Midwinter Entertainment that we came across on the Behaviour Interactive website is for the Senior VFX Artist position at the company’s Toronto studio in Ontario, Canada, the description for which reads, “As a Senior VFX Artist, you will create visual effects for the characters, dynamic atmosphere and ominous elements in the procedurally generated world.” Hence, it seems like this unannounced project will also feature procedurally generated environments, as was the case in Scavengers as well.

Lastly, another recent job from Midwinter Entertainment that we came across on the Behaviour Interactive website is for the Senior Systems Designer position at the company’s Toronto studio in Ontario, Canada, the description for which reads, “As a Senior Systems Designer, you will help create gameplay systems and player capabilities using Unreal Engine 4.  You will be working with a highly experienced team with a lot of passion and energy, and your work will directly contribute to the success of our yet-to-be-announced project.” It seems like this unannounced project will not be entirely based on Unreal Engine 5 but rather will still use some elements of Unreal Engine 4.