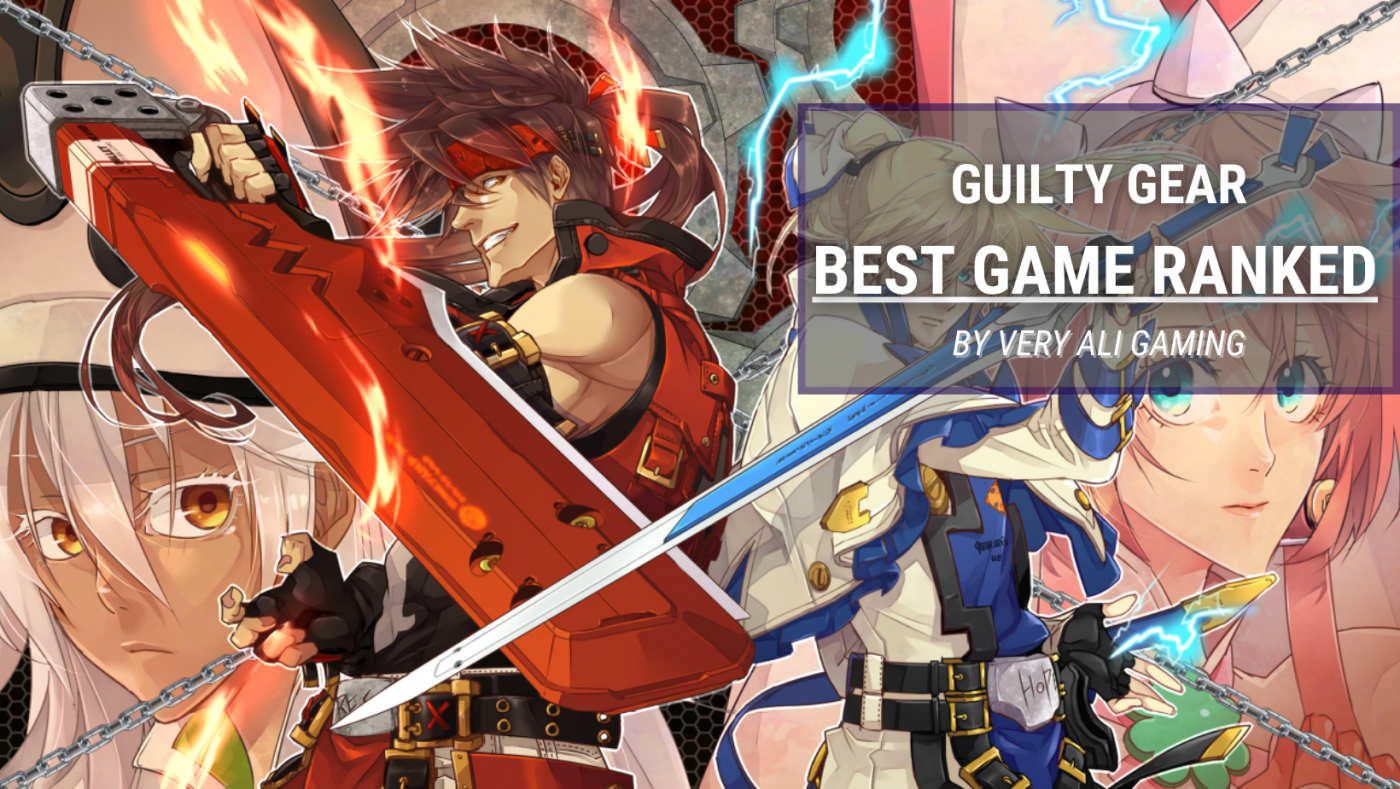 Deciding the faith of Best Guilty Gear Game in the entire series!

Guilty Gear is a franchise that has been going on for quite some time now. It is beloved by many fighting games fans, and some think it is underrated. Guilty Gear Strive is just around the corner and while we wait for that, let’s look at the Best Guilty Gear Game.

Keep in mind that this is just my opinion, and I picked the best game according to how much fun I had, how smooth the mechanics felt, and my overall enjoyment.

While this is not a formal review of the game, you can technically call it a review since I will be going over everything. So, which Guilty Gear game is the best and why? Let’s find out.

Overall, I’d have to say that Guilty Gear Xrd Revelator is my favorite of the bunch, and I have a good reason as to why I made this pick. Released in 2016, it is a sequel to Guilty Gear Xrd Sign, despite taking place in the same time span. Currently, it’s the most recent entry in the franchise and it convincingly outshines the rest. Whether it’s in terms of gameplay, mechanics, visuals, or ease of access, Revelator is my pick for the Best Guilty Gear Game.

Why Revelator Is The Best Guilty Gear Game

While you might disagree with me, I have good reasons as to why I picked this. Let’s talk about those reasons now.

The Mechanics are Top-Notch

Guilty Gear is a franchise that prides itself on its fast-paced gameplay, brutal combos, and tons of mechanics – some of which can get quite complex. On the surface, Revelator relies on just five buttons; in reality, it is hiding a treasure trove of mechanics. You can use so many technical mechanics to your advantage; it’s genuinely challenging to learn them all. One major mechanic is “Roman Cancelling.” This allows the play to instantly cancel their move to block, move back, or start a new combo to confuse their opponents. Trust me when I say, this is just scratching the surface of all the ‘hidden’ mechanics the game has in store for you. When compared to other fighting games, you are afforded more creativity and are rewarded for using various combos.

So, what about new players? I admit that the game can be super intimidating for newer players due to all the buttons, mechanics, and commands. However, to counter this method, Revelator has a fleshed-out training mode that allows you to practice all of the combos, skills, and mechanics. Personally, I love this tutorial system the game has to offer. Previous titles had a practice mode but never this in-depth. Some players argue that the ‘sink or swim’ technique is more effective for newer players but the majority of players left the game since they never understood the controls.
Spend some time in the training room and I guarantee you will learn the advanced stuff alongside all the basic ones.

Now that we have covered the gameplay aspect, let’s talk about the visuals. Guilty Gear has always had unique visuals with stunning sprites and anime-style looks. The same goes for Revelator as it is a superb-looking game. The overall aesthetic, highly detailed characters, and hand-drawn sprites are all that make it eye candy. Many other games such as Street Fighter have instilled this type of look in their modern games but nothing compares to Guilty Gear Xrd Revelator. The new engine has stunning lighting and the ambiance is absolutely breathtaking.

The game offers both online and offline modes that will keep you hooked for hours upon hours. For online, the ranked and player matches are the standard go-to for every player. You can see player avatars roaming around the lobby as they get into matches with each other or their friends. One thing I noticed, however, was that I couldn’t find an invite option. This forces you to give your friend the lobby code so you can play together.

Offline, you can spend hours trying out various things to do. Aside from the challenges, missions, and training mode, an arcade mode acts as the game’s prologue. The story offers two hours of beautifully rendered in-engine scenes that immerse the player. Be warned, though, the game uses an enormous glossary of terms that are related to the Guilty Gear world. So, if you are not familiar with it, you might have difficulties trying to learn all these new terms.

Finally, there is the M.O.M mode – basically the survival mode of the game. You battle to gain medals and points, which then you can spend on power-ups to increase your stats. It is pretty in-depth because you can use items to gain an advantage, and you need to keep elemental resistances in mind. If you take part in the M.O.M mode, you gain in-game currency that allows you to purchase alternative costumes, voiceovers, and other collectibles. The game also has an incredible gallery that lets you view the phenomenal pictures of characters and backgrounds.

As time progressed, Guilty Gear turned from a 2D fighting game to a 3D one. The hand-drawn sprites were shifted to beautiful cel-shaded 3D graphics. This new style conveys the combat as fluid and gives it a more anime aesthetic. Additionally, the game still feels like the classic Guilty Gear; so hardcore fans should feel the game has the same essence to it.

Since the game now has 3D characters and planes, it allows the camera to be utilized more dynamically. The screen transaction, the character introductions, Instant Kills, and Ultimate abilities all feel outstanding. All of it is pleasing to look at and only adds to the fluidity of the game.

Well, if you consider all of these qualities, Revelator stands head and shoulders above the other entries in the franchise. Thanks to its stunning visuals, solid gameplay, and ease to pick up for newer players; Revelator is easily the Best Guilty Gear Game. Who knows, maybe the upcoming Guilty Gear Strive will dethrone this as the best game. We’ll have to wait and find out though.

I hope you enjoyed the article about the Best Guilty Gear Game and all of my reasoning to back it up. I am interested to know which Guilty Gear game is your favorite; please leave a comment below to let us know.