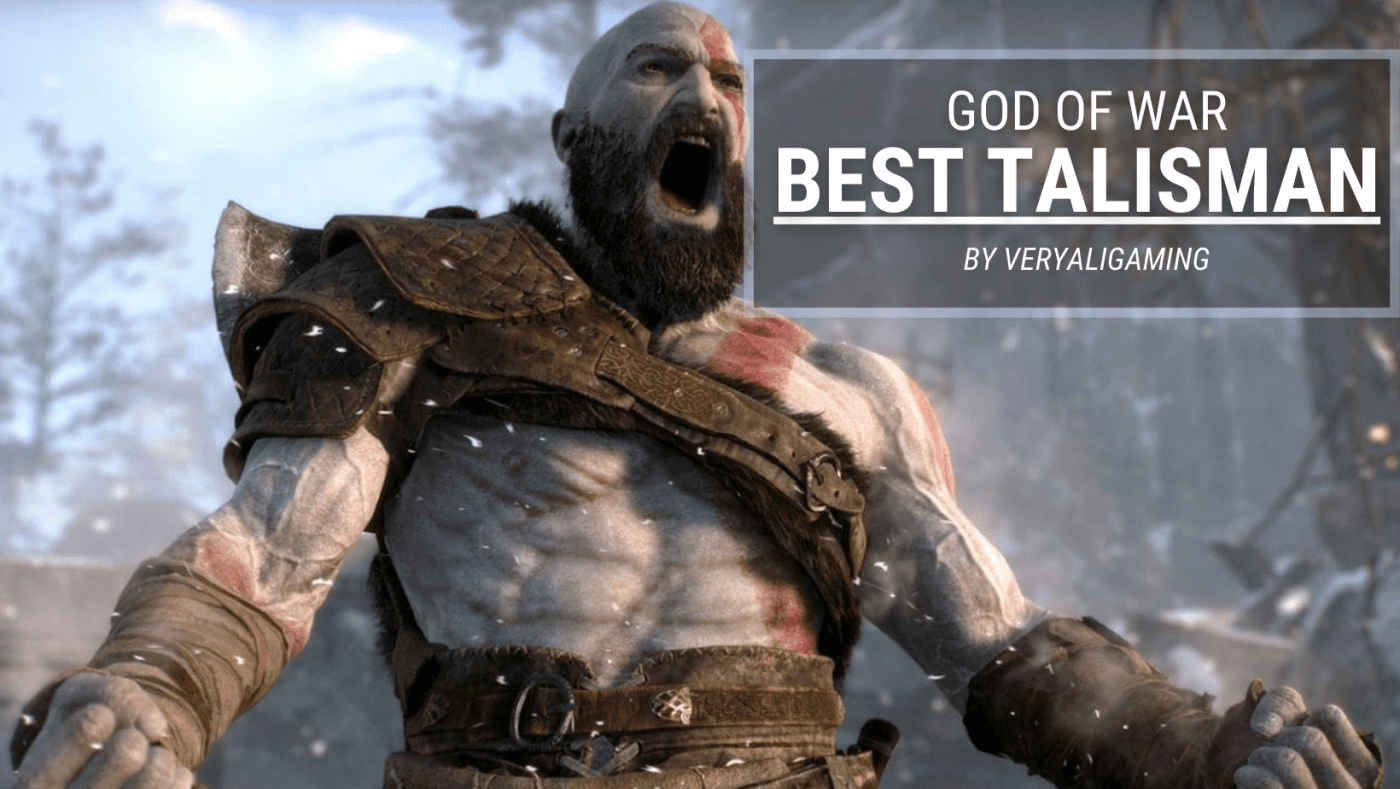 Finding the best talisman in God of War can be troublesome. Worry not because this guide has got you covered.

With the recent announcement of God of War: Ragnarök coming in 2022, this is a good time to play 2018’s God of War again. You can do a ton of things in the game; from the main quest to side stories, collecting good gear, and defeating the Valkyries. This guide featuring the Best Talisman God of War will show you which talisman is perfect for you to complete your quest with.

There are many options to choose from and after dozens of hours’ worth of playtime, I finally found the ideal talisman. It not only goes well with the other equipment, but it also is strong on its own. Much like Dark Souls Faith Build, you need to have an ideal loadout for your character in order to survive.

Let’s dive straight into the Best Talisman God of War guide and see which talisman made the list.

You can complete the main quest of the game without a lot of difficulties. But when it comes to defeating the Valkyries, you have got another thing coming. Especially the final optional boss of the game – Sigrun, the Valkyrie queen, you will have to go all out to defeat her. This is where the best talisman comes into play.

Unlike other great talismans in God of War, the shattered gauntlet allows the player to equip three enchantment gems. The additional gems give you extra stats and allow you to use the hidden ability of this talisman.

This talisman is a nod to the Avengers Infinity War movie where Thanos has to collect his gauntlet and equip it with the infinity stones. Much like that, you will have to find these enchantment gems – some of which are quite difficult to obtain.

Without fully upgrading the talisman, using its ability will only push your enemies and deal a little damage. On its own, the ability is not a big deal as other talismans provide better options. But once you do upgrade it; the ability – alongside pushing – also fires projectiles towards your enemies, dealing tons of damage. You must be asking how to get this talisman, right? Well, worry not because your question will soon be answered.

How to Get the Shattered Gauntlet

To get this talisman, you have to progress the story to the point where you get a side quest from Sindri. The side mission is called “Family Business,” and it isn’t that difficult to complete since you will have a decent loadout at this point of the game. Once you complete the missions, you will get this talisman, but it will be at its basic state – which isn’t worth using since there are better options.

It can knock away enemies in its early stage if they surround you and even stagger the more significant threats. Upgrading it and using the three enchantments will boost Kratos’ stats greatly and reward you with strong ability.

Now that you have obtained the talisman, it is time to upgrade so that you can use it at its maximum potential. You will need 90000 hacksilver, 25 Dust of realms, and 3 Dragon Tear to upgrade it.

The most difficult out of these three items is the Dragon Tear. A few dragons spread across the map of God of War, whom you can “defeat” to gather the tears. A Dragon Tear will appear on the map after you’ve progressed in the story and fought Baldur for the second time. You can collect this one without doing anything.

When you first find it, it can only hold one gem, and you have to upgrade it two times to fully activate it. Once you have fully upgraded the talisman, you can finally begin to collect the six enchantment gems scattered across the world of Midgard.

The first gem is called the Andvari’s Soul, which can be considered as the Soul Stone in Infinity War terms. To get this, you will have to complete the Brok’s side quest “Second Hand Soul Favor” – which can be found in Volunder Mines. It gives you 8 runic, 4 vitality, and 6 cooldowns to your abilities. On top of that, it also allows Kratos to heal if you get a kill with a runic attack.

Asgard’s Shard of Existence is the next gem, which is equivalent to the Reality Stone. This one can be a little challenging to get as you have to defeat the Valkyrie Rota found in Helheim. It offers you 12 defense – which is quite useful and can make you extremely strong. If you hold L1 for a while, you will gain a fortification barrier around Kratos which will explode and knockback enemies if you can successfully block.

The third gem is the Eye of the Outer Realm – its counterpart is the Space Stone. You can find it at the end of Odin’s chamber while doing a story mission. It is easily spotted and should be the easiest one to pick up. Despite being easy to find, it offers 7 strength, 7 runic, 7 defense, 7 vitality, 7 luck, and 7 cooldown. The gem does not offer any special effects, but the stats make up for that.

Moving on towards the fourth gem, Ivaldi’s Corrupted Mind. As you guessed, it is equivalent to the Mind Stone. You must defeat the Valkyrie in Alfheim, which can be difficult to locate if you do not know your way around the area. Once you do get the gem, however, you will gain 6 strength, 6 runic, a massive 12 defense, and 6 vitality. Activating its ability allows nearby enemies to take more damage from your attacks.

Next is Musphelheim’s Eye of Power which is a counterpart of the Power Stone. This gem can be purchased from the dwarven shop found at the start of Musphelheim. It offers 10 strength, 10 defense, and 10 vitality. Its passive gives you resistance to burn damage which can be increased all the way to 60%.

Finally, there is the Njord’s Temporal Stone; which is an inspiration from the Time Stone. Gathering this one is the most difficult as you have to defeat Sigrun – the Valkyrie queen. You gain 6 runic, 6 luck, and 12 cooldown. The best part about this is it’s passive, which has a low chance to slow down enemies if you hit them. This comes in quite handy, especially if you are planning on playing a new game.

How to Use the Gauntlet

The gauntlet only uses three enchantment gems despite there being six. If you install any three of the mentioned gems, you will unlock their true potential. Pressing L1+O knocks back enemies and sends out energy projectiles dealing significant damage. A fully upgraded gauntlet is a superb tool to deal with late-game enemies. It is especially useful if you want to defeat the Valkyrie queen since you gain tremendous amounts of stats when equipping the gauntlet.

Fully upgrading the gauntlet can be a cumbersome undertaking that can prove to be quite troublesome. However, the players that decide to fulfill the shattered gauntlets prophecy will reap all its benefits. Once you upgrade it and empower it with the three gems, you will be quite unstoppable. You can use any three gems according to your playstyle. Whether you like to rely on your abilities, defense, or your attacks; you can set up any type of combo and get the best results.

That about does it for today’s guide about the Best Talisman God of War. I would love to know which talisman is your favorite and why.