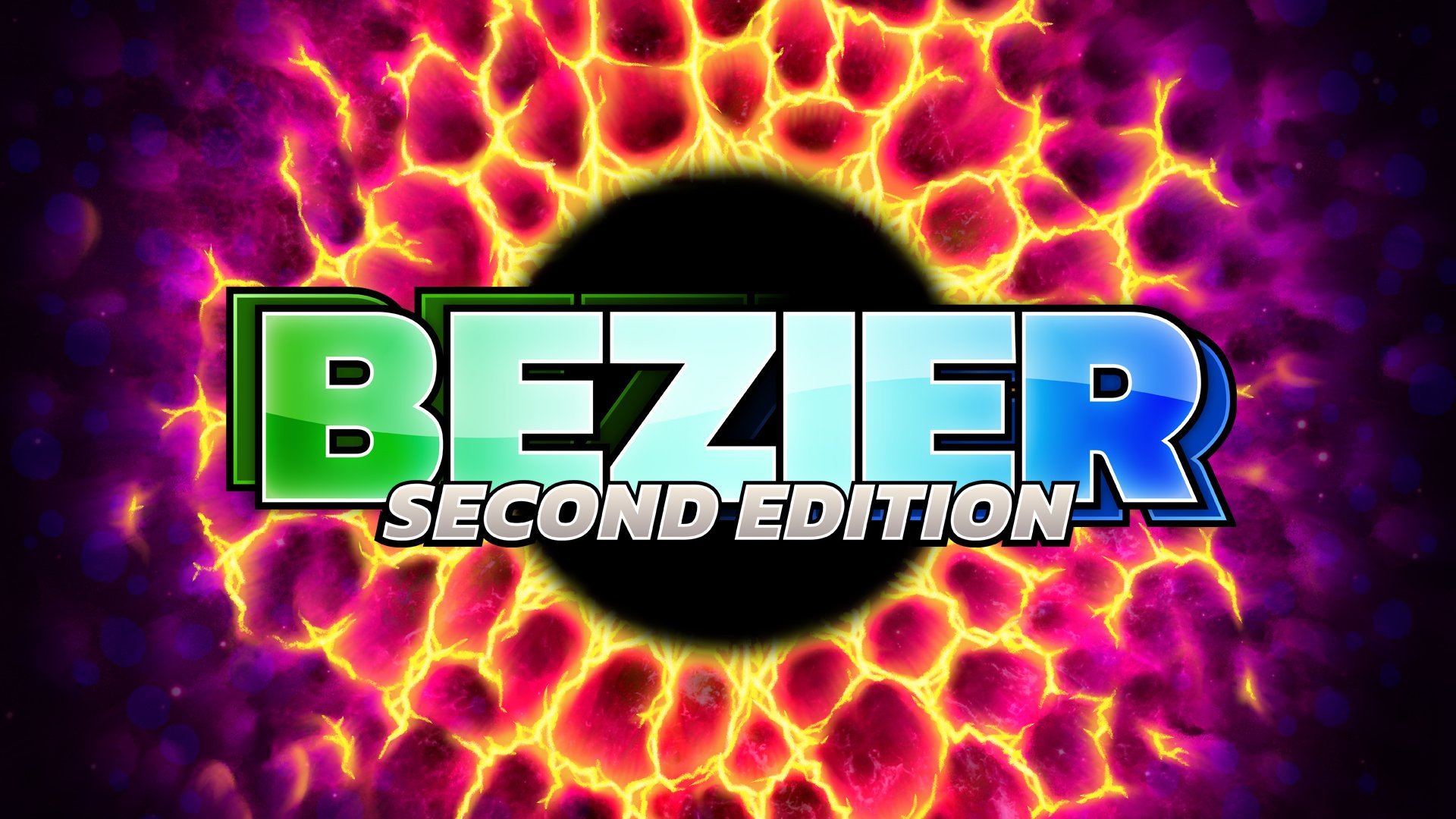 There’s something thoroughly enjoyable about twin-stick shooters – a sub-genre steeped in history as an evolution of Atari’s 1979 hit Asteroids.

One of the best twin-stick shooter series of modern times is Geometry Wars. It took the Asteroids concept to a new dimension, offering frantically fast gameplay, a firework display of neon visuals, and a thumping electronic soundtrack.
Bezier: Second Edition unambiguously imitates what made Geometry Wars great. Thankfully, it adds enough of its own spin to create something that stands on its own.

The arcade scene came from a time that was straight to the point in regards to its videogames; feed the machine your hard-earned coins and launch straight into the action – and you’d better be good (or have a lot of money).
Bezier echos the sentiment of this era as soon as you boot the game up.
Speeding onto the screen with a building soundtrack, the game encompassing three main modes – Play, Endurance, and Daily.
Where Endurance represents an endless pilgrimage for the highest score, Daily pits the player against randomly generated levels that change on a daily basis. It’s a nice touch. There’s even a snippet of history for the day dsiplayed on screen when you begin.

The main mode, though, is Play.
You can choose from Easy, Medium, or Hard. Hard is brutally difficult with medium also being a considerable challenge.
This type of game necessitates that sort of difficulty, with twitch-reflex strategy being its bread and butter.

A strange story is laced between the game’s 15 zones. A distant voice narrates each level, telling a Noah’s Ark type tale about a society that was assimilated into a computer system. That Biblical framework carries over to the way the story is told, too, and it can get a little cryptic; it’s not entirely clear what actually happens in the end, but it’s a welcome inclusion non the less. It adds to the atmosphere if nothing else.

And the game is suitably atmospheric owing to its mesmerizing visuals and music. The game brilliantly mixes orchestral and electronic music, and in mirroring the stunningly neon colors of Geometry Wars; Bezier: Second Edition is a decidedly good looking game.
Its visual style isn’t quite as well defined as the aforementioned title, though. Enemy explosions emit non-lethal particles that are sometimes indistinguishable from the enemy themselves. This can make it difficult to see what you’re actually shooting at and what you need to avoid.
Luckily, this is less of an issue than it is in many games of its type due to the inclusion of a health meter.

Affectionately named the ‘ouch’ meter, the player begins with 99 health. There are no lives, so when it hits 0 it’s all over.
Play Bezier enough, and you’ll come to realize this method of taking damage actually works a lot better than lives would.
Anxiously speeding to the opposite end of a level for a health pick-up forms an important part of the Bezier-dance, so to speak.

The game has a compelling strategic setup that is unique from other twin-stick shooters.
Aside from tackling the dizzying array of enemy’s on-screen (of which there are 100 variants), the main focus of the game revolves around destroying Shields. Each have their own unique defenses.
One shield might have a ring of seemingly impenetrable enemies you’ll need to find your way around, where another would have the player need to destroy its auxiliary appendages before taking down the core.
There’s a great deal of variety here, and these encounters are always different and fun to play. You need to be quick thinking – familiar with everything the game throws at you to achieve a high score.

Destroying a shield will omit a star used to upgrade the ship. You’ll acquire sequential upgrades to your ship’s speed and guns, while also using a wide variety of special weapons that are constantly being switched out.
This continual changing of abilities works great for iliciting the dynamic gameplay twin-stick shooters excel at delivering.
The radar is an exceedingly well-designed bit of kit – something now noticeably absent from Geometry Wars.

The radar centers around the ship in the middle of the screen, with each enemy, shield, and health pickup being represented.
It makes it easy to see where the largest collection of enemies gather and what’s coming up behind you, and is a thoroughly welcome and necessary addition to such a fast-paced game.
As frantic as things get, however, it does seem the ship, even at its fastest, would’ve benefited from a little more speed.
Similarly, the main gun never gets particularly powerful. It would’ve been nice to see the game present you with more options for your main weapon, to replace some of the less appealing special weapons.

Each level ends with the player facing Domus – the game’s boss enemy.
These boss fights come off as a little weak as they’re not really fights at all. Aside from the last level, you’re required to simply avoid Domus. Because of this, his inclusion seems somewhat unnecessary.
Regardless, level progression is handled nicely. The game’s 15 levels are arranged in a pyramidal structure similar to something like Outrun; you’re able to choose to veer left or right at the end of each level, with the choice dictating the level played next.
It’s a good setup, allowing for a lot of replayability as one cannot experience every level in a single playthrough.

A welcome addition to the genre

Not unlike most arcade games, you can beat this twin-stick blaster’s main mode pretty quickly and in one sitting. The longevity comes in mastering its strategies, and there’s an impressive amount to learn and build upon here.
For such a low price, any fan of the twin-stick shooters should check this one out. The title is a well balanced, addictive experience overall.
It’s great to see the legacy of Asteroids is still going strong, and can now be enjoyed in a form not so keen to swallow your change.

If you enjoyed this article, why not check out our other work such as Get Your Cameras out! Nintendo Reveal Pokemon Snap Release Date, or Introducing MSI’s Thinnest RTX 3060 Gaming Laptop. You can also get even more content on our YouTube channel. Thanks for reading VeryAli!

Summary: Bezier: Second Edition is a twin-stick blaster set inside a vast computer built deep underground. The story traces the principal’s escape from this “Noah’s Ark” gone wrong. A simple shooter on the surface, the deeper narrative pulls in his relationship between evolution and god, family and love. These themes question his motives, force him to confront what is real, and lead him to salvation. 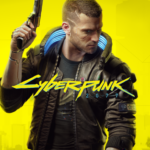 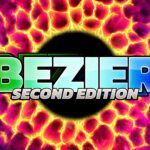 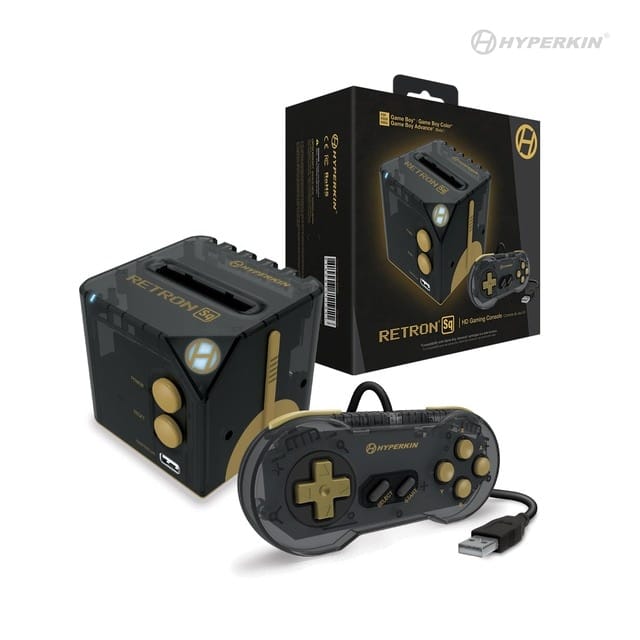