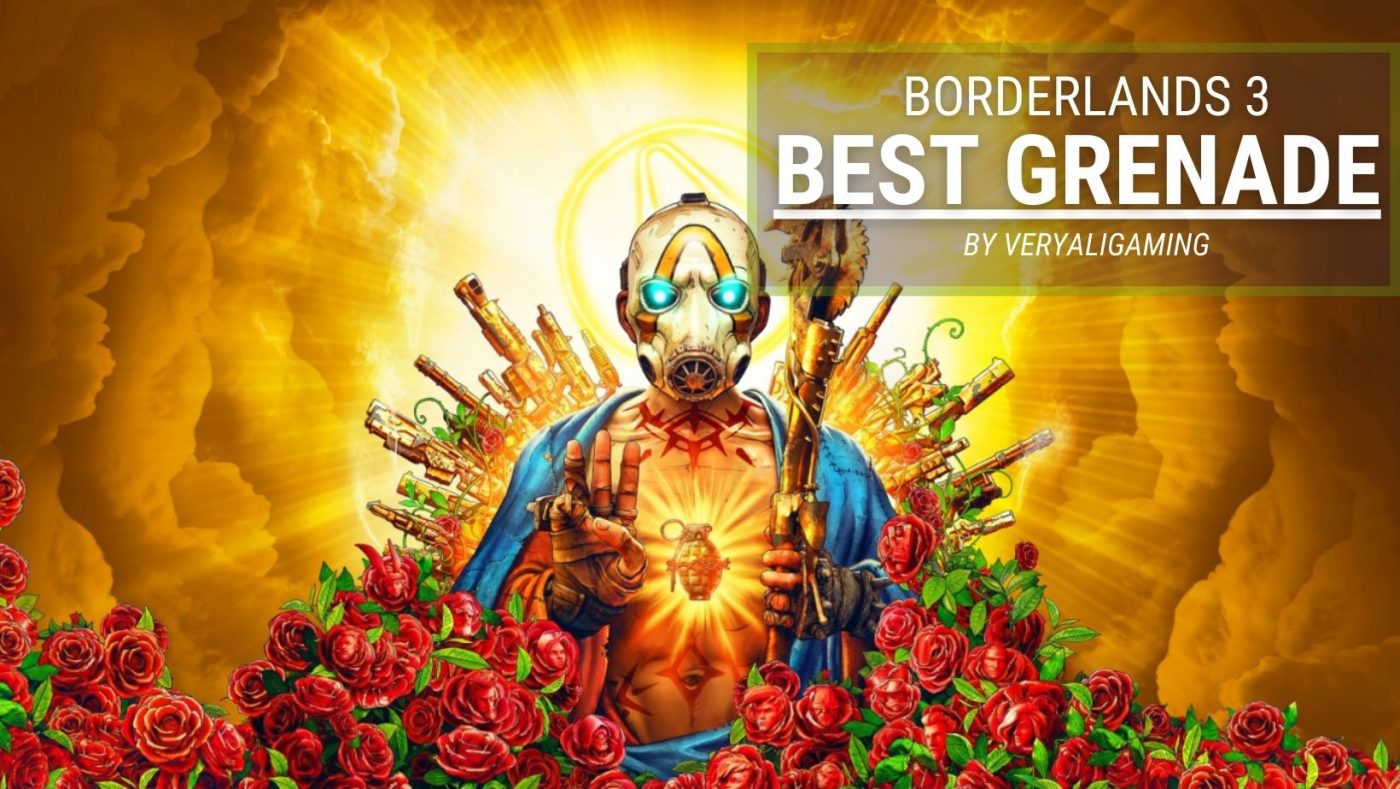 Picking the best grenade in Borderlands 3 can be a difficult undertaking. This guide will make your life easier by explaining which grenade is the best.

Borderlands 3 is a sequel to its highly praised predecessor. Just like in the previous games, Borderlands 3 is whacky, over the top, and extremely fun to play. It prioritizes its sublime humor and smooth gunplay to keep the players interested. So naturally, an FPS game has tons of weapons and grenades for you to use and blow up your enemies. Today’s guide will focus all on the Borderlands 3 Best Grenade.

Since there are so many various grenades to choose from, it can become quite difficult for the player to equip just one. This is why this list will feature the 3 most effective and viable grenades in Borderlands 3.

To make players feel less overwhelmed, I have devised this list to clear a path for you to pick the grenade which will suit your playstyle. Without further ado, let’s get started on this list of the Borderlands 3 Best Grenade.

Grenades play a vital role in Borderlands 3. They can be used to deal with a high number of enemies that surround you and change the tide of battle. This not only saves your ammo but also ensures that you defeat tons of enemies in one explosion.

Initially, this guide was going to highlight only one grenade that I found to be the best but after testing all of them out, these 3 stood out the most. Not only are they extremely useful in every scenario, but they also are viable in the current patch of Borderlands 3.

Contrary to what the name suggests, this grenade is actually quite effective and has a brilliant passive. It is a fairly unique grenade because you don’t use it as a normal grenade. This grenade doesn’t do that much damage at all, but the main usage of this comes from its unique abilities.

Enemies damaged by the grenade take 20% more damage for 6 seconds. In addition to this, it clears all of these status effects from yourself and allies who are in the grenades blast radius. This can prove to be quite useful, especially if you’ve grouped up with friends. One of the players in the squad can carry this grenade and use it on bosses to ensure that they take increased damage from all sources.

Overall, it’s a grenade to keep handy and can be obtained from Captain Thunk & Sloth in Conrad’s hold region of Pandora. Also, since you’re not using this grenade for its base damage; you don’t need a high-level variant. If you’re going through the game for the first time, you can pick this up as early as you would like.

For the next grenade on the list, we have the Surge. It is a legendary grenade mod manufactured by Torgue and comes with the unique ability in which it explodes after several bounces. After bouncing a few times, the grenade jumps 6 times and spawn 3 smaller versions of itself during each jump. This releases a large cluster of grenades that deal a decent amount of damage in a wide area.

A massive plus point is that it can come with various elements – like ice or fire. My preferred element is cryo. This is a grenade I was using until I managed to get a hold of the hex and the original pipe bomb. You can acquire this grenade by killing an enemy called “Hot Call” which is located in the Devil’s Razor region.

This grenade is ideal for taking out large groups of enemies and exploiting their weaknesses by throwing multiple elemental grenades. The damage dealt is not bad either; it can take out enemies rather quickly without you having to waste a lot of your ammo.

For the Borderlands 3 Best Grenade we have the Rain Firestorm or the Diluvian Firestorm. This grenade has a phenomenal unique ability that; when thrown, will call down small meteors or fireballs. Depending on the variant you find, this can be a truly devastating grenade – even with the recent nerf.

Whereas the Diluvian Firestorm produces 20 projectiles with increased damage and a larger area of effect. Choosing between the two is entirely down to your preference, as both are just as effective. This grenade is the best when it comes to taking out huge clusters of enemies in an instant. Not only does it deal tons of damage and has a decent radius, but it also looks highly cool doing so.

In terms of obtaining this, it’s a world drop like a lot of weapons in Borderlands 3. For players that are new to the game and do not know what world drops are, I’ll explain them briefly to clear up any confusion. World drops mean that you have to take out various enemies in different areas to make an item drop. Certain items have high drop rates, whereas other rare items have low chances to drop.

You can farm the slaughter shaft to obtain this grenade in question. The drop rate is slightly low, so do not worry if you don’t get it after killing a few enemies.

After using every grenade available in Borderlands 3, I concluded that these three are the best in the game. These are almost similar in power, so you can choose any one of them, and it will be viable. With that being said, the Rainstorm has a slight edge over the rest of the grenades as it deals more damage and has a larger area of effect than other grenades. Plus, it looks cool to see fireballs raining down from the sky and obliterating your enemies.

Give all of these grenades a try and see which one works best for your playstyle. That brings us to the end of our guide on Borderlands 3 Best Grenade. Kindly let me know in the comments which grenade is your favorite and which one you think is the strongest.