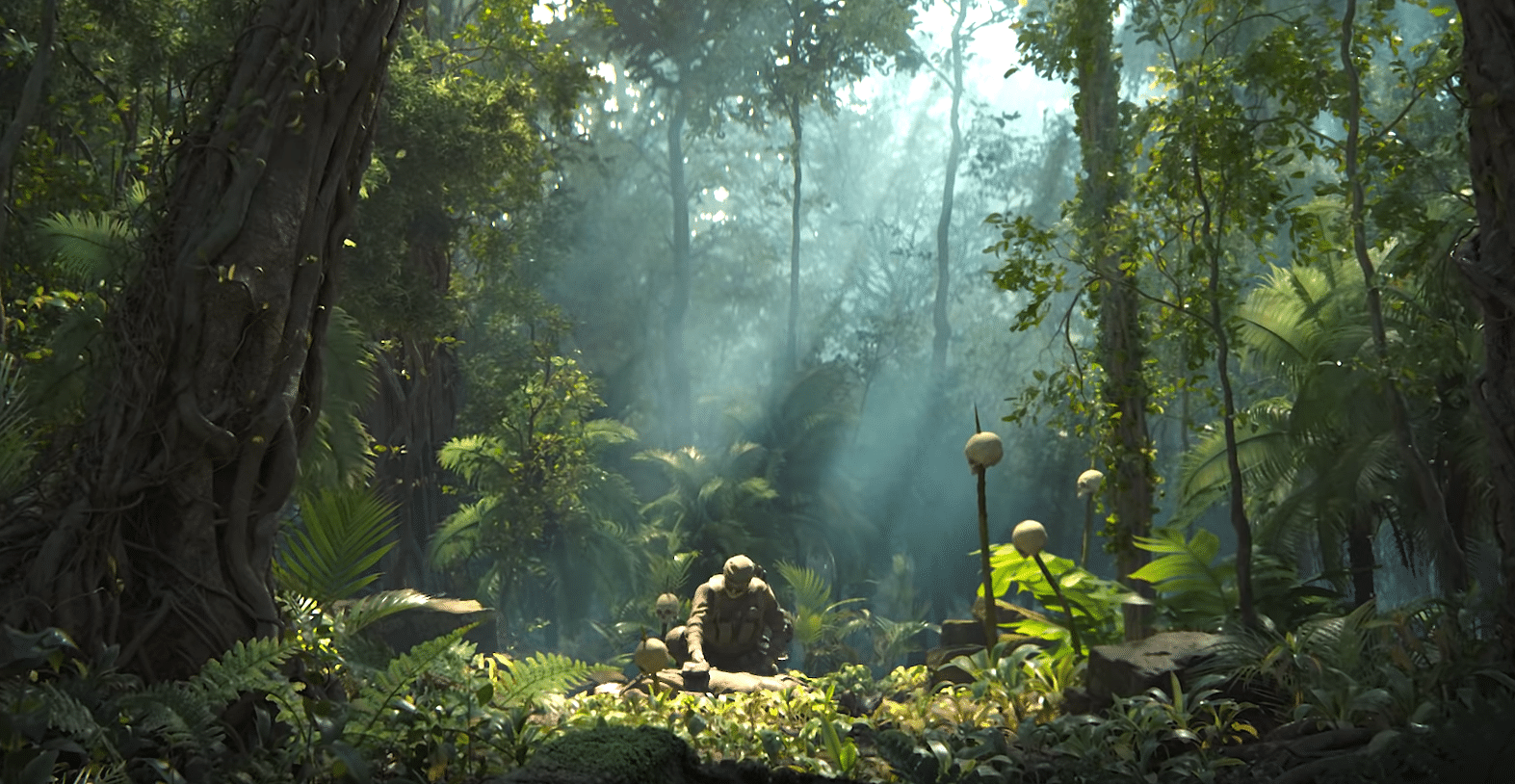 A two and a half minute cinematic trailer for Season 2 of Call of Duty: Black Ops Cold War has been released.

Season 2 will launch at the end of the month on February 25th.
With this being a cinematic trailer, there wasn’t any gameplay; much of the season’s content is a mystery as of now.

It wouldn’t be much of a trailer without some clues, though; it provides some sparse information about the Operators and the weapons that may be included.

The trailer begins with a helicopter ride through a Laos jungle. A group of soldiers pursue someone called Naga.
It would seem that the helicopter crew, as well as the cross-bow-wielding soldier on the ground, will make up the playable Operators.

Naga would, presumably, be the villain, on account of his shrouded appearance, the merciless killing of an unarmed soldier, and reference to the helicopter crew as ‘the rats’.

Nova is apparently working to secure a shipment of Nova 6 – the World War 2 chemical weapon from last season.

Probable new weapons include the aforementioned Cross-bow, a Mini-Gun, and the Black Ops-favorite Galil.
Weapon predictions are speculative, of course, so we’ll have to wait for more information within the coming week.

If you want to buy Call of Duty: Black Ops – Cold War & you are on XBOX then check this deal for the game, for other platforms check here.

Are you excited for Season 2? Let us know below.
If you enjoyed this article, why not check out our other work such as New World, Amazon’s MMO, Delayed Again, or Donkey Kong Country – the Apex of the Platformer Genre. You can also get even more content on our YouTube channel.