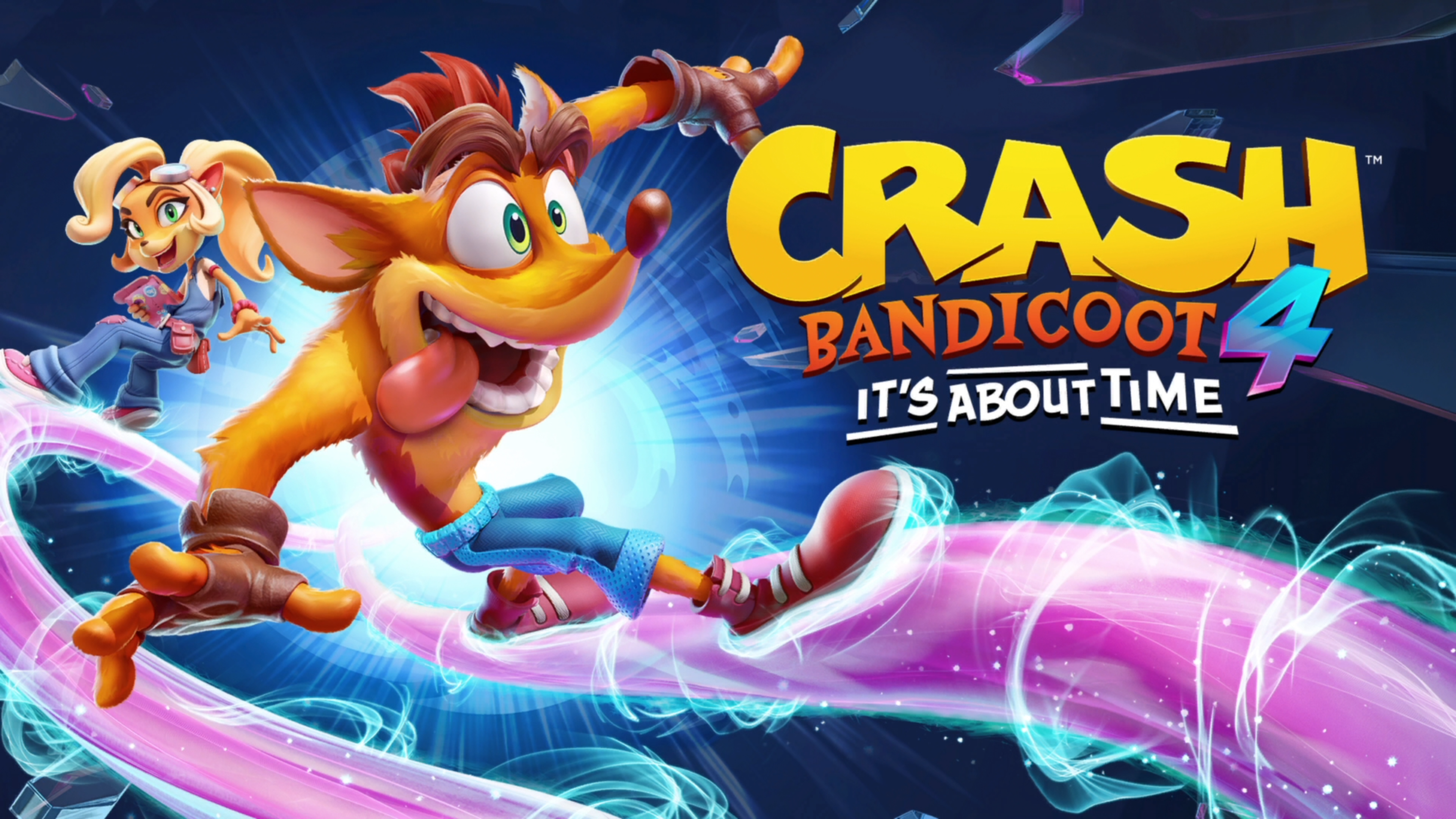 After waiting 22 years for a proper sequel, Crash Bandicoot 4 is now actually a reality. We have finally been graced with another fully fledged appearance from the much adored PlayStation Mascot of the nineties. Sure we had some notable titles that would try to pick up the torch that Naughty Dog passed along through Wrath of Cortex or Twinsanity. However, none of these titles would come close to capturing the magic of the initial trilogy. Then of course, we had the Skylanders period which speaks for itself.

However, thanks to a faithful recreation of the original trilogy from Toys for Bob, the same team who would bring us Spyro: Reignited Trilogy. The gaming community became ravenous for a new Crash title and it soon became a case of not if, but when we would see the lovable Bandicoot back in action.

So join us as we jump back into the N-sane action, smash some boxes, collect some wumpa fruit and see if this new instalment in the series brings Crash into the modern era of gaming successfully and if it can connect with a new generation of young gamers. Here is our review of Crash Bandicoot 4: It’s About Time.

It’s Good To Be Back

Firstly, lets talk about how this game looks. In terms of the spectacle that this game provides, not only throughout cut scenes, but within every level through dynamic effects, slick animations and wacky scenes is stunning. The cut scenes the game offers resembles a big budget animated film. I would ask you to cast your mind back to the Ratchet and Clank Reboot. This game clearly takes notes from that title and provides some of the most vibrant and refined cartoon visuals that you are likely to see in gaming to date.

Then as for the storyline, well, its a typical Crash narrative. Cortex and his goons are back thanks to a rift in time and space, so its up to Crash and his buddies to take out each and every one of them throughout various segments of the world. The game does away with the Crash Bandicoot 3: Warped hub world in favour of a level by level top down selection akin to the original two titles. In our opinion it works really well, makes the action much easier to jump in and out of. Plus, thanks to the abundance of collectibles and trials each level will offer you, replayability is a real focus here.

The only issue we had with the presentation was some slight frame rate drops during cut scenes & some gameplay segments , with particular reference to those that are extremely vibrant with a lot happening on the screen. Its a little off putting but if this is the trade off for this level of visual quality, we would take this every time.

Moving onto the core gameplay for this title. We knew going into Crash Bandicoot 4 that the series would have to adapt. If the game served up the same tired gameplay from the original trilogy, the fans would feel betrayed. So Toys For Bob had a big task on their hands. They had to revamp the gameplay, add more nuance to proceedings and make this game feel new and fresh. We are happy to say that for the most part, they do a phenomenal job.

The way the game aims to do this is through a series of new mechanics that make levels more than just a series of intricate platforms to navigate. Take the interdimensional power to phase platforms in and out of existence as a prime example. This adds a new layer of skill and timing required to master the applicable levels and also introduces new ways to fail as well. If you phase platforms into existence while you are in their space, that’s a death waiting to happen. We had to learn that one the hard way.

Then in terms of traversing the levels, there are new features that make the levels feel much more vast. This title introduces rail scenes again, much like the Ratchet and Clank series plus rope swinging, zip lining and wall running will be thrown into the mix. It reminds us of the challenges that Square Enix faced when bringing Kingdom Hearts 3 up to the current gaming standard. It was about upping the production value, scale and quality without losing what made the series feel special. We feel that Crash 4 manages to retain this iconic feel while adding new levels of fun.

The Dark Souls Of Platforming

That’s right, we compared this colourful and cartoonish game to Dark Souls. You can laugh if you want but if you get your hands on this title, you will see first hand that this is a tough game. If you simply want to clear the level and see all the game has to offer, then the game isn’t too tough. However, if you are a completionist, this game will have you tearing your hair out thanks to the sheer level of precision that it will require the player to have.

Take the new rewind levels as an example of this. These are challenge levels that are made to test the dexterity and skill of the player and boy are these things hard. We only managed to clear a handful before we had to throw in the towel, so if you think you’ll be clearing this game 100% you best believe this game will make you work for it.

This is only further exemplified by the frustrating and mind-numbingly irritating deaths that you will inevitably be subject to throughout your run. While we know dying is a part of this game and allows the player to learn from their mistakes, there were far too many instances where we died through no fault of our own. Some enemies have poorly optimised hit boxes, its far to easy to fall off a ledge with no invisible safety tiles seen in previous titles and when you combine this with the ludicrous expectations that the game has of the player, its a recipe that will spell broken controllers for less level headed players.

Ironically, the only aspect of the game that seems to have it’s difficulty spot on is the boss battles. Boss battles by their nature are a culmination of all challenges that test the skills you’ve learned in the game thus far. Crash 4 nails this in our opinion, offering a series of intricate platforming sections, contextual use of the mask powers for each respective world and a number of fun puzzles within the stage that aren’t too mentally taxing but do add another layer of intrigue to the affair.

Caters to the Fans

What we do have to praise however, is the amount of content that is packed into Crash Bandicoot 4 for the returning fans of the series. Even from the very first instance you gain control of Crash, there is a reference to the earlier titles in the series and this sets a tone for the level of care, attention and fan fare this game brings to the franchise.

Within this title, you’ll be able to play as a variety of characters including Tawna, Coco, Dingodile and Neo Cortex. You’ll still have levels that have you running towards the screen blindly as a hulking monster bounds toward you and you’ll still have your classic bonus sections within levels which you can repeat when you fail which is a nice change too.

While on the other hand, the game adds new cosmetics for players to collect without falling into the monetisation trap that Crash Team Racing fell into, eventually losing it favour with the fan base. It adds a variety of power ups that breathe new life into the series and adds an N-Verted mode for all levels, adding an extra level of challenge for those sadistic players out there that laugh in the face of difficulty. In short, its a brilliant blend of old and new that caters to all audiences.

Plus, you have to admire the lengths the developer has went to, making sure that players returning to the series will feel right at home. The most poignant example is the legacy setting you can toggle right from the word go. If you want the classic number of lives, then game over scenario, the game allows for that. However, if you want a more happy go lucky and forgiving experience with just checkpoints instead of lives, that’s also an option. The game allows you to play your own way and we really appreciate that.

We would love to say that Crash Bandicoot 4 is a flawless return for the beloved Bandicoot but while it is a scintillating adventure to behold, it isn’t without its shortcomings. The cheap deaths that will occur are enough to drive even the most calm player mad, the frame rate issues can take the player out of the surprisingly immersive and fun story and the power ups within the title, while great, are not utilized enough.

Though, we suppose the important question is, will this inspire a new wave of crash titles later down the line? Our prediction is probably, but we don’t know if its necessarily a good thing. At times during this game we felt that the developer was struggling to make this format feel fresh while sticking to the series’ roots. We personally feel that this series has ran its course, it began to feel in stages of this game that it was running on empty and if Activison know what is good for them, we suggest they either retire this game while its on top or find a way to shake up the gameplay drastically in the next outing. Nostalgia is great, but it will only get you so far.

So that’s our review of Crash Bandicoot 4: It’s About Time? What did you think of this title? Do you think this game will inspire a new wave of Crash titles next-gen? Would you like to see the same thing for the Spyro franchise? Let us know in the comments below! Plus, if you liked this content, then why not check out our other reviews of Fifa 21 or Crysis: Remastered

Summary: Join Crash and friends in the direct sequel to the original Crash trilogy, featuring a new art style and a modern take on the classic platforming experience you know and love. 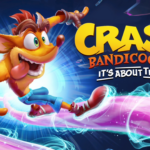 Crash Bandicoot 4: It's About Time
Gameplay
95
Visuals
80
Audio
80
Story
70
Value
90
Reader Rating0 Votes
0
Pros
Visual and audio aspects are a step up from recent outings like N.Sane Trilogy
New gameplay mechanics add depth
A wide variety of things to do
Plenty of fan service
Cons
The game is extremely difficult and will alienate a few returning players
The fresh gameplay mechanics are used too sporadically
Some performance issues especially in cut scenes
83 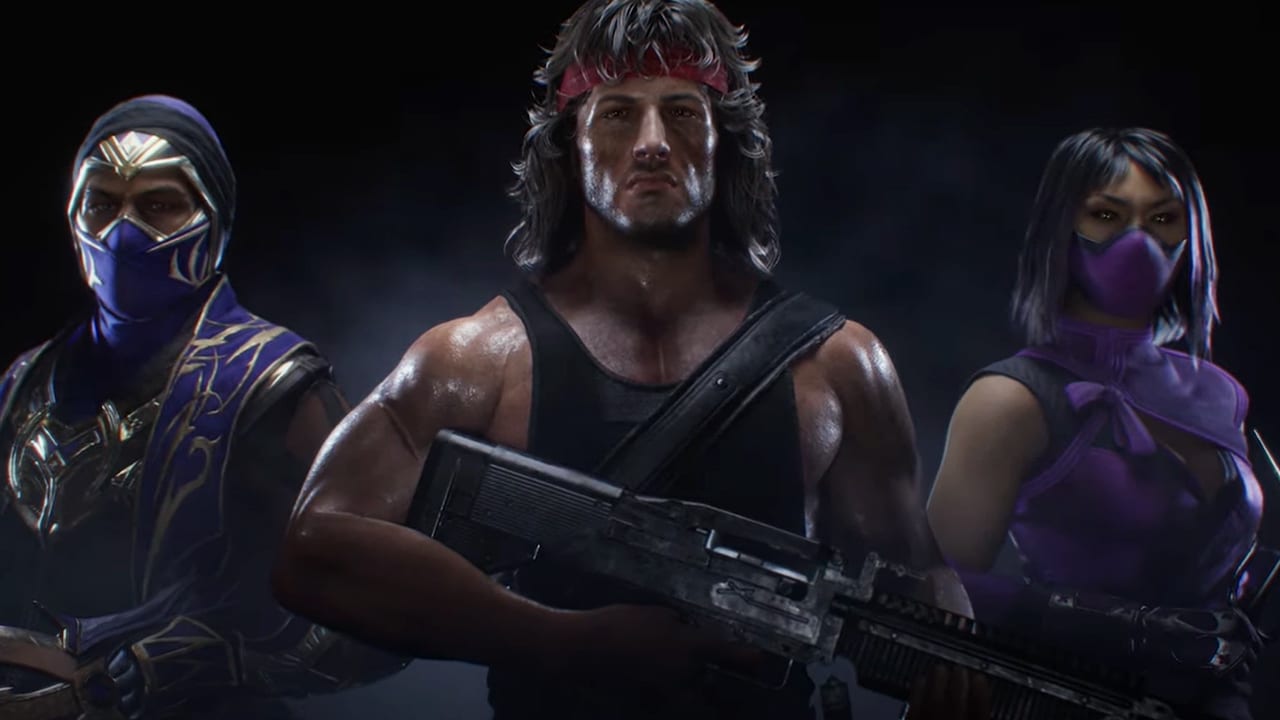