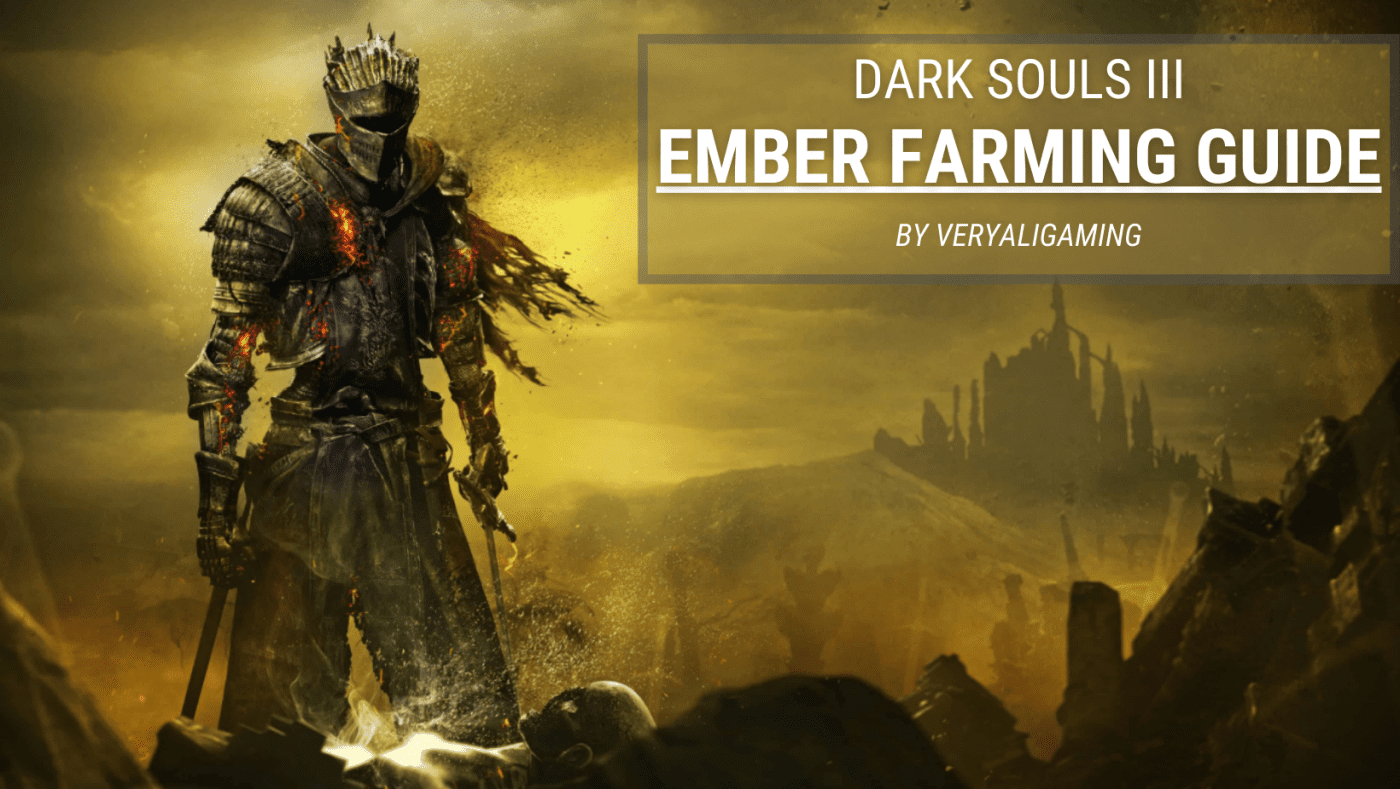 Farming for ember is quite easy if you know what you're doing. This guide will tell you everything you need to know.

Ember and souls are rare commodities in the world of Dark Souls 3. You use it to upgrade your character or weapons. Embers play an important role in the game as they allow you to increase your health and summon people. Much like the soul farming guide, this guide will look at the Dark Souls 3 Ember Farming tips and locations. Whether it’s an early game or late game, I’ll give you the best locations for Dark Souls 3 Ember Farming.

Those who prefer multiplayer will also have an easy time farming for embers.

Without wasting any time, let’s get started on the Dark Souls 3 Ember Farming guide.

I would recommend that you start farming embers from the early game. This will make the upcoming boss fights a breeze and allow you to experiment with various builds without any fear of dying to weak enemies.

Keep in mind that the higher your Luck, the higher the chance that an ember will fall. Since high Luck allows for more excellent drop rates, it means you have more opportunities for an ember. Some enemies also have increased drop rates of embers, so combine it with your Luck, and you got a good farming spot.

This incentivizes you to put more points in Luck, whereas normally, you would put it in Vitality or someplace else. This is optional but recommended in this case as it can make your life convenient.

Equipping the correct items can make a lot of difference while farming for embers. For instance, if you equip the Symbol of Avarice; you can increase your item discovery rate by 100. Be careful, however, because this item will make you lost 10 HP per second. The health drain is active at all times so be careful when having this item equipped. Only use it when you are farming for embers.

Once you defeat one of the early game bosses – Vordt, you can use the bonfire in that area to make this process easier. Go up the stairs, while ignoring the hollows that spawn there. After you almost reach the top, you will see a few knights patrolling the area. They are relatively easy to take down, so it won’t be much of a challenge.

Lothric Knights have a high chance of dropping embers. There are four knights in this area, but luckily, they are all separated, so you can take them out one by one. Keep in mind that one of these knights is significantly stronger than the rest, and it can kill you if you’re not careful. If you feel like you can’t kill him, you don’t have to since the other three have the same ember drop rate.

I farmed for about 10 minutes and got 4 embers from doing just this. While it might not sound like a lot, getting 4 embers in 10 minutes is a good deal in Dark Souls 3.

This is by far the fastest and most optimal method for farming embers as well as souls. You should put your White Sign Soapstone outside of a boss room and wait for other players to summon you for assistance.

Once you help the player kill the boss, you will gain an active ember (if you don’t have one already) and will also get one in your inventory. If you don’t have the White Sign, do not worry as you can easily purchase it from the Shrine Handmaid at the Firelink Shrine.

The best way to farm for embers is to place your Sign outside of early game boss rooms. Since they are easy to beat, it won’t take much of your time and you will gain embers. If you want to farm for souls alongside this, then I recommend that you place the Sign outside of late-game boss fights.

You can get embers from various NPC shops located at different places in the Firelink Shrine. While you can easily purchase it from them, the quantity is limited. The NPCs which you can buy from are the Shrine Handmaid, Greirat, and Unbreakable Patches.

This method is the simplest as you do not have to put in any effort. If you are in dire need of embers, then this is your best bet. The only downside is that these embers do not restock once you purchase them, so only use them when you need to.

Once you reach the middle of the game, you have more locations where you can farm for embers. Mid to late-game enemies are dangerous so I recommend that you be careful. Also, keep in mind that some enemies have low drop rates while some have a high drop rate.

In my experience, this is a dangerous place to farm for embers. This is especially true since the large skeletons can trigger a bleed effect if they hit you. Some enemies have white eyes; so, you’ll have to kill them twice.

It would be best if you killed all the large skeletons as they have a 3% drop rate. If you put enough points in your luck and have all the necessary items equipped, you can increase this rate to about 6.42%. On average, you will have to kill 12 skeletons to obtain one ember.

I would not recommend this area for farming ember unless you also want to farm the Vertebra Shackles.

Once you defeat Champion Gundyr and enter the dark Firelink Shrine, talk to the Shrine Handmaid and buy 3 embers for 2500 souls each. Keep in mind this can only be done once, and they will not restock afterward.

Apart from that, you can kill the 4 Black Knights near the Shrine to get embers. Late game, this is one of the best sources of farming ember in Dark Souls 3. I recommend that you buff your weapon with lightning and use either a greatsword or an ultra greatsword.

While usually the drop rate is 5% but with enough item discovery, you can increase it all the way to 10.7%. You would have to kill an average of 8 Black Knights to get one ember – making this one of the best late-game Dark Souls 3 ember farming spots.

After multiple playthroughs and hundreds of hours of playtime, these are the best tips I learned from my experience in farming ember. If you follow these steps, you will start accumulating ember from the early game all the way to the late game. This will make you almost unkillable as you will have a big HP bar that even some bosses will fear.

That about does it for my guide about the Dark Souls 3 Ember Farming. I hope you found it helpful and will use some of the tips to gain an advantage. Please leave a comment telling me about your favorite farming spot in Dark Souls 3.