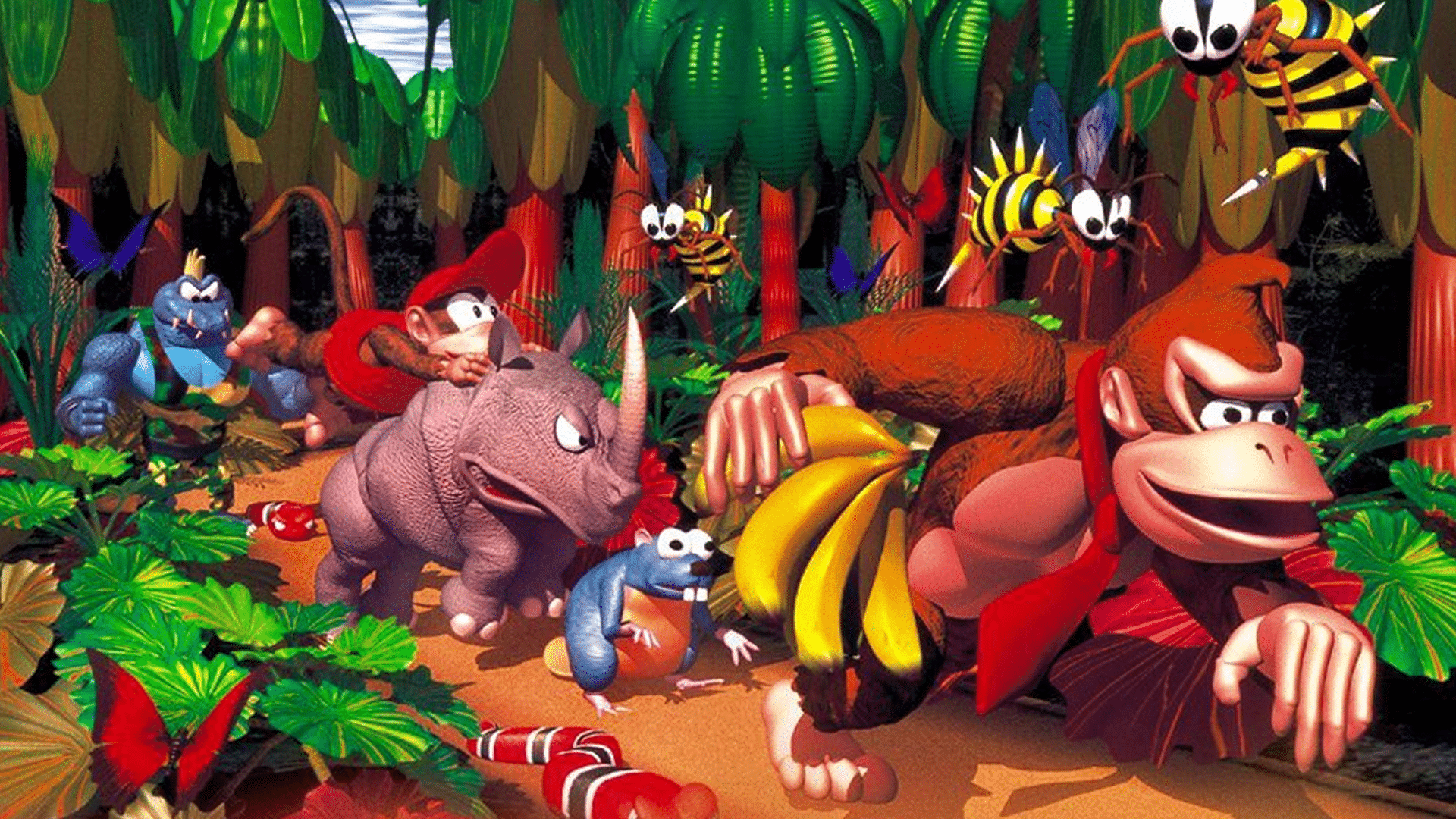 Donkey Kong Country – the Apex of the Platformer Genre

The 16-bit era was a gold mine for the platformer genre – the style that, at the time, reigned supreme as the most popular videogame convention on consoles.

Moving from 8-bit to 16-bit systems was a huge leap; it meant more colors, better music, and overall bigger, more impressive titles.
There was a night and day difference between Super Mario World on the SNES and Super Mario Bros. 3 on the NES.

Releasing in 1990, Super Mario World represented developers learning the workings of new hardware and implementing it for the first time.
As is the case with the life-span of any console, each year that went by saw developers get better at utilizing the capabilities of the system; we saw the use of parallax scrolling graphics, higher-fidelity MIDI soundtracks, and even the advent of 3D polygonal graphics through the use of the cartridge-based Super FX chip.

By the time the next generation of hardware was announced in 1994 with the PlayStation, things would move in a totally different direction.
3D platformers, racers, and fighters would take center stage, but before they did, the 16-bit era had one more card up its sleeve.

In the same year as the announcement of the PlayStation, Rare would release Donkey Kong Country – the culmination of the last decade of innovation in both 8 and 16-bit graphics; the swan song of the original platformer, and the very best of its type any studio had ever produced.

Graphics seem an apt place to start when discussing Donkey Kong Country. The visuals are the most immediate to flood the senses when launching the game, and they’re a key component as to why it was so revolutionary.

Traditionally, 16-bit graphics would be drawn pixel by pixel. They were unoquivocally two-dimentional without modification to the cartridge.
By the end, developers became adept at creating beautiful 2D art despite the limitations – a style appreciated more than ever today with the advent of the indie-game boom.

Donkey Kong Country was different. Rather than using the traditional methodology of rendering graphics, they designed all their characters (and most game world objects) as 3D polygonal models.
After animating these models, they’d be compressed and rendered as 2D sprites, while retaining their 3D appearance.
At the time, there was nothing else that looked like this on the system. It was vibrant and incredibly detailed, looking decidedly better than anything the actual 3D generation would release for years.

Alongside what were mind-boggling implementations of 3D for the time, the game also made masterful use of parallax scrolling.
This is where the background moves at a slower pace to the foreground, giving the illusion of depth.
DKC crammed as many layers as possible into the environment, which is exemplified particularly well in the level below – Orang-utan gang.
Many different layers come together to create a scene that looks far greater than the sum of its parts.

The culmination of clever graphical techniques pushed the system to its limits and each level looked fantastic.
There are bright green, luscious jungles which juxtapose snowy mountain peaks, deep underwater caverns, and forests bathed in a deep orange sunset seen in the above. It was true art – the kind all the more impressive considering the limitations of 16-bit hardware.

None of this would mean much, though, if this world wasn’t fun to explore.

Where 2D platformers were concerned, precision was everything. There was nothing more frustrating than a platformer being difficult on account of poor controls.
Any of the Mario Bros. titles of the day were relatively difficult games; but because of the level of precision the controls and game code allowed for, all you had to focus on was bettering your own skill.

Donkey Kong Country uniquely excelled in this department.
It’s an incredibly challenging game, for sure, but thanks to balanced controls and a perfected move set, the game is a joy to master.
This is in part due to the rhythmic nature of its gameplay. It almost feels as though you’re playing the game to the beat of the music – there’s a springy feel to everything that’s as satisfying as it is crucial. You’re frequently required to link attacks together, using one enemy to bounce to the next in a feat of precision not for the faint-hearted.

It’s not just a jump on everything affair, either. The game implements verticality brilliantly to ensure the level never gets boring. You’ll scale netting, swing from vines, and explore caves below the surface: Rare made what is a linear experience feel open-ended.
This wasn’t necessarily something new for platformers, but here it felt organic. Each level fit together splendidly and exploration was rewarded.

There are a ton of secret areas in the game featuring a whole host of collectibles. Sometimes, the game necessitated the use of other animals from the jungle to access them.
This was a wonderfully cathartic feature. Be it a giant swordfish, an angry rhino, a speedy ostrich, or even a mountable tree frog, the game offered a diverse cast of animal buddies with different abilities. Another great ingredient to perfectly balanced game mechanics, which constantly kept the player on their toes.

Laced with a beautiful soundtrack

Music is an incredibly important part of games today.
Now that the industry has almost completely closed the gap between films and games, it’s frequently the case to hear stunning orchestral scoring.
Back in 1994, though, things were different. In the same way 16-bit hardware limited graphical capabilities, realistic music was virtually impossible until the advent of CD-based media.

“Virtually” impossible, because somehow, David Wise managed to create a sublime soundtrack for DKC despite the hardware limitations.
The music had depth, it evolved, it was multidimensional, and it wasn’t something originally deemed possible on the hardware.
Take a listen to Aquatic Ambience from the first underwater level of the game:

Wise accomplished this level of detail in his music by individually and painstakingly stringing together individual waveforms. Gaining inspiration from the KORG Wave Station Synthesiser, he implemented features such as portamento (pitch bend) and filter-sweeps. These feats of audio engineering had never been accomplished before on this sort of hardware.

The music fit perfectly with the game’s levels, whether it was through the thumping bongos of DK Island Swing, or the echoing pan pipes heard in Cave Dweller Concert.
David Wise’s contribution echoed the sentiment expressed within the rest of the team: out-of-the-box-thinking.

A lesson in innovation

A game like Donkey Kong Country happens once in a blue moon, as the saying goes.
The right people at exactly the right time; an amalgamation of skill, ingenuity, passion, and innovation; the rebirth of a classic first-party Nintendo IP into something wholly different, yet transcendent of genre conventions.

There are many games today considered artistic due to their portrayal of deep narratives or unconventional aesthetics. These are qualities that have carried over from the film world.
Donkey Kong County, however, embodies the artistry in video games.
The artistic merit of creating something instinctively fun and interactive, which is a quality unique to the medium; a refinement of the platformer genre, a style synonymous with videogames in general.

DK Country is by far the best the platformer genre has to offer, and one of the best games ever made. You can get the latest DK game, Donkey Kong Country: Tropical Freeze here (affiliate link).

Have you played any of the Donkey Kong Country games? Which was your favorite? Let us know below.
You can play the original Donkey Kong Country today if you’re a Nintendo Switch Online Subscriber, along with the two similarly incredible sequels.
If you’re into DK Country, don’t forget to check out Donkey Kong Country Returns and its sequel, Tropical Freeze. Both are superb.

If you enjoyed this article, why not check out our other articles on iconic platformers such as The Timeless Charm of Banjo-Kazooie – the Greatest Platformer of Them All or Klonoa 2: Lunatea’s Veil – A Death By Proximity. You can also get even more content on our YouTube channel. 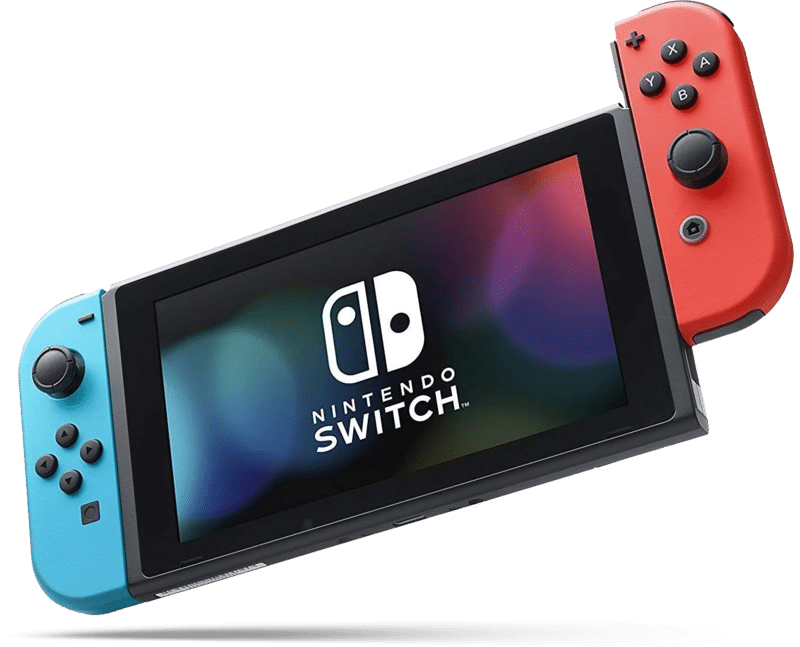