After over three months in hiding, an escaped prisoner was apprehended on Friday by police. The reason he was caught: Call of Duty: Black Ops Cold War. He will now serve an extra 13 months at her Majesty’s pleasure for the escape and for attacking the officer that arrested him.

Yes, that’s right, lockdown doesn’t only affect law-abiding citizens. The escaped prisoner was so bored, he risked being spotted just to purchase the popular FPS title.

Clint Butler had been serving 17 years for robbery and firearm offenses before absconding last November. After laying low over the winter, he decided to risk nipping down the shops with a friend. But his demise came thanks to a passing police car on the street. They stopped Butler and his friend because they changed direction when they saw the car.

Initially, he gave them a false name and claimed “I’ve come to get the new Call of Duty because I can’t sit around in lockdown.” But this lie quickly fell apart when the police went to check his details. He promptly tried to run away.

After a violent struggle, Butler was subdued, and back up was called. Eventually, he admitted he was an escaped prisoner. You can watch the full encounter on YouTube after West Midlands Police released the body-cam footage. 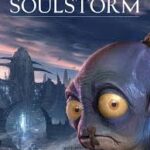 Oddworld: Soulstorm Looks Like an Ideal Sequel | State of Play

This is not the first time UK law enforcement have been helped by lockdown. Last month, a wanted man handed himself in just to get some “peace and quiet” in prison.

You can pick up a copy of Call of Duty: Black Ops Cold War from the safety of your own home here (affiliate link). You can read our full review of the game here too.

What do you think of an escaped prisoner being caught all for COD? Was it worth it? Let us know in the comments.

If you enjoyed this article, why not check out our other work. How about SEC Approves Microsoft Acquisition of Bethesda. Test your skills with our Pokemon Quiz! Or take a look at our latest review of Ranch Simulator (PC) Early Access. You can also get even more content on our YouTube channel. Thanks for reading VeryAli!

Wholesome Direct Will Give You a Warm, Fuzzy Feeling
wpDiscuz
0
0
Would love your thoughts, please comment.x
()
x
| Reply