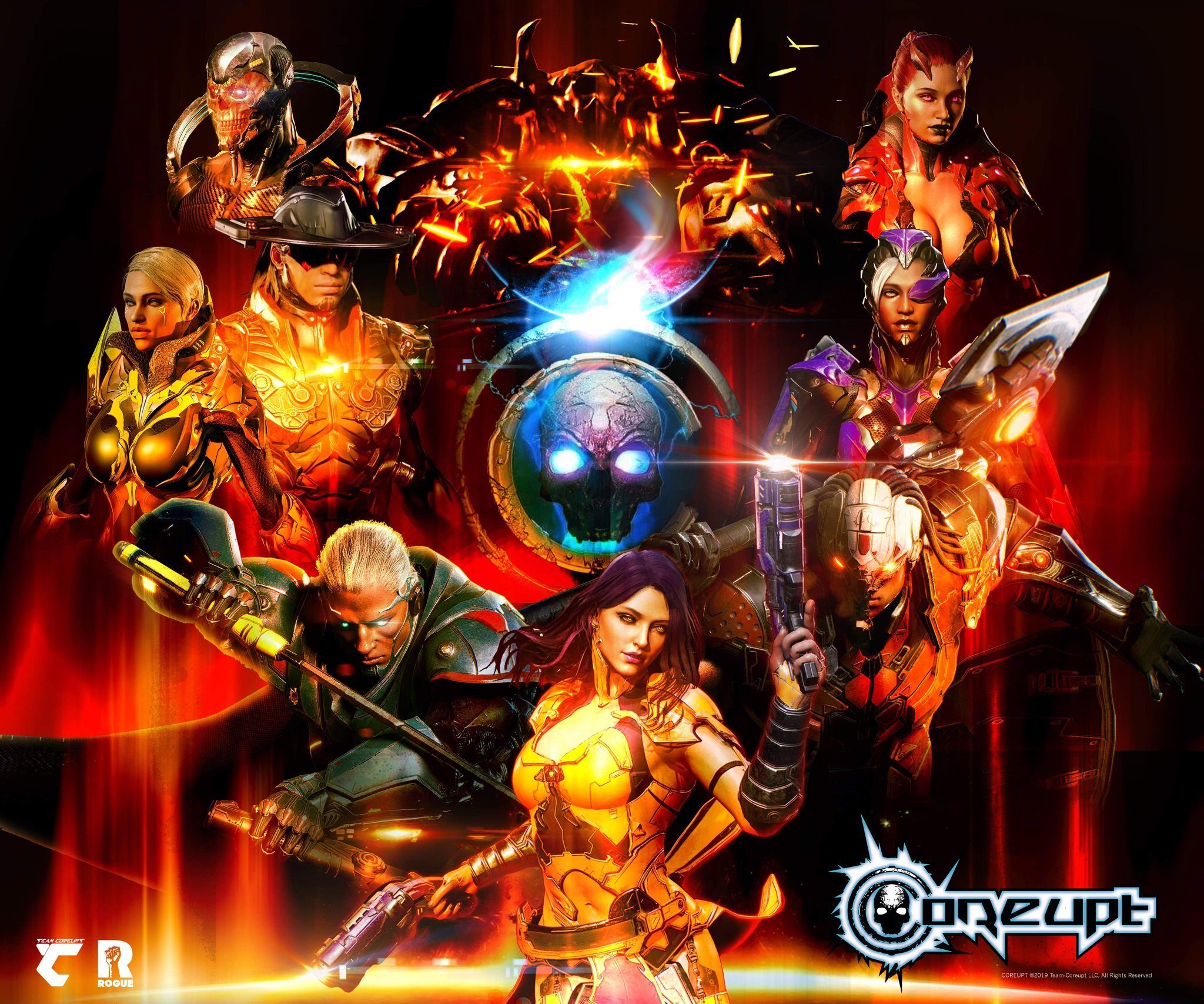 Coreupt is an upcoming Indie fighting game built on Unreal Engine 4 set to launch sometime in 2021. The game will launch on PC and next-gen consoles, PS5 and Xbox Series X/S. However, gamers can expect to get their hands on the game in the near future, in the upcoming Coreupt Beta.

Recently Jessie Wright, Coreupt creator/director has uploaded a spree of videos to Twitter showing off featured characters in action. Which are sure to get any fan of fighting games interested.

One of them was an interesting slow downed video that demonstrates a cross up, unique to the character Sawn Off. A Cross up is a fighting game strategy that functions to confuse the opponent in gauging which direction to face.

This article takes a look at each of the new characters featured in the videos. As well as a dive into some of the intriguing playable fighters within Coreupt.

Wolf – One of the more secret characters to be teased so far, but also the most recent. The footage showcases a brutal special projectile attack. Where Wolf performs some sweeping attacks with a unique looking blade, before throwing it towards the unlucky opponent. We’re guessing it’s going to do some serious damage as Wright states:

“Now Wolf… She has a projectile that if it lands, good luck!” Lucky for us it has been confirmed on Twitter that the attack can be blocked (Phew!) More information on Wolf should be expected to release in the near future. To follow the same pattern of other character highlights.

Winry – Winry is a dual-wielding, energy-pistol-firing fighter, & that because of this, she has great control over spacing. Wright stated, “people who like to build spacing and play more defensive will really feel at home with her move set.”

A video clearly demonstrates Winry’s versatile move set. As she is able to get up close and personal with her opponent with a flurry of fast kicks. While also being able to end the combo with a quick jump away giving her range to let those deadly pistols work.

Or a player can decide to fake a jump away with a kart wheel kick and empty a barrage of bullets from her pistols to stay in close range. Winry looks like an incredibly fun character to play if you like stringing combos together.

Story-wise, we know that there is bad blood between Winry and Revolver as it has been mentioned that Revolver’s main goal is to hunt Winry down.

Like the character’s name suggests, Revolver is equipped with a Revolver, although unlike Winry, Revolver only carries a single weapon. However, this does not stop him from being formidable as footage shown of the character highlights incredible fast attacks and haunting design featuring a creepy skull that is certain to strike fear in his foes.

Gatling – equipped with a sword that is able to produce lightning in the shape of himself, allows Gatling an increased range with his sword attacks as well as quick blinks to dash in and out of combat and range.

A interesting special move was teased recently which allows the player to perform a 3 input special move mix. Which will leave your opponent guessing which variation he will perform.

Further footage featured a special attack where Gatling throws his sword at an enemy and on contact teleports behind the foe in a static of electricity allowing him to perform an average speed combo attack.

Gatling looks like an interesting fighter to go up against or fight within Coreupt due to his move set allowing him to get up and close with moderate speed attacks.

Sawn-Off – Sawn-off is a cool looking dude with a neat hat & even neater moves. He has a fitting name, although he’s not equipped with a shotgun, his punches are just as powerful.

However, he does have some weapons on his wrists. Although we don’t have that much footage of Sawn-off, we can speculate that he’s going to be a tricky one to go up against. This is a result of seeing his unique cross-up attack and his relentless close-quarter attacks

Recently, Jessie Wright announced that the Coreupt Beta will be going live in the near future. Currently, 3 fighters: Gatling, Winry, and Destroy have been already announced to feature in the Beta. 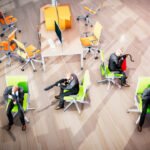 Five Indie Games To Keep on Your Radar

Furthermore, it has been announced that two more fighters will feature in the Beta. As Wright has asked fans on Twitter which two additional fighters they would like to try out. So if you are interested in any specific character shown off why not get involved and head over to Jessie Wright’s Twitter to vote.

You can vote between a selection of four characters: Dragonov, Beretta, R.PG, and Sawn-Off. If you are interested in getting your hands on the Beta, keep a lookout on Jessie Wright’s Twitter as more Beta information will be released very soon.

Additional Information and Food for Thought

Coreupt looks like an incredibly ambitious fighting game from an indie company. What’s even more impressive is that the developers continue to excite fans with gameplay coverage that showcases actual gameplay rather than the overused CGI animation trailers that leave the viewer guessing. Maybe triple-A companies could learn something from this.

In addition to a plethora of footage released on gameplay and characters, we also got a quick glimpse of a very early build of the character selection screen. Which shows a selection of 10 characters to choose from.

It should be noted that this screen does not include all characters that have been announced to feature in Coreupt so far, as the selection is missing Sherman and Echelim. While Vector and Wolf do appear, they are grayed out.

In showing off the fighters we got a sneak peek into a few of the available stages that players will be fighting on. The stages vary from a lush wilderness and sunny weather to industrial and jagged structures set under a night sky.

There is also an urban-set stage where an epic battle will take place with towering buildings over the head. However, the stages that have been revealed all have one attribute in common… visually they look great! Although it is unknown at this time whether stages will be interactable within fights.

If you found this article useful why not check out our other work such as Four Games that Handle Mental Health Right. Or Five Amazing Songs We Have Games To Thank For. Head to our YouTube channel for even more content. Thanks for reading VeryAli! 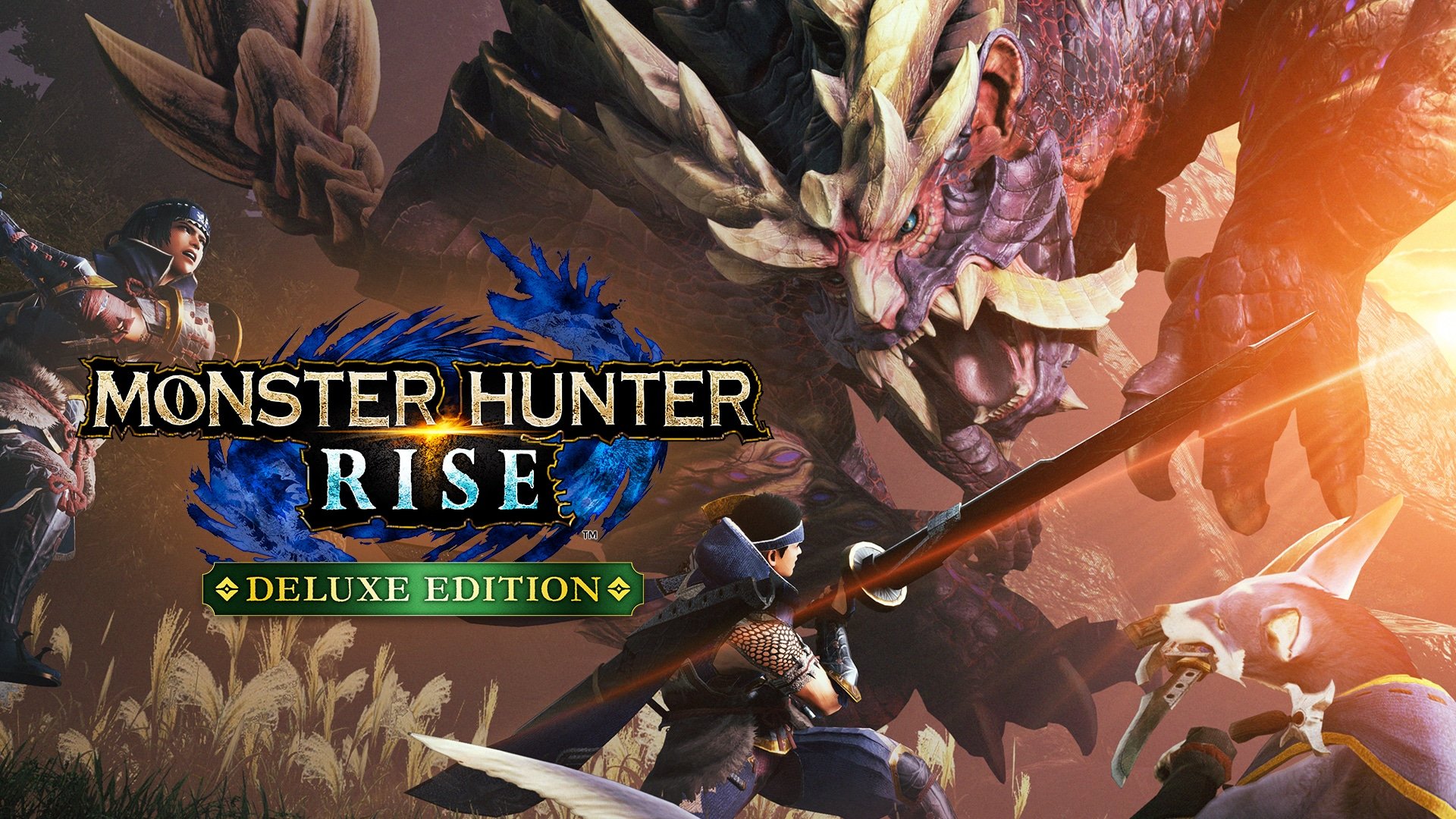