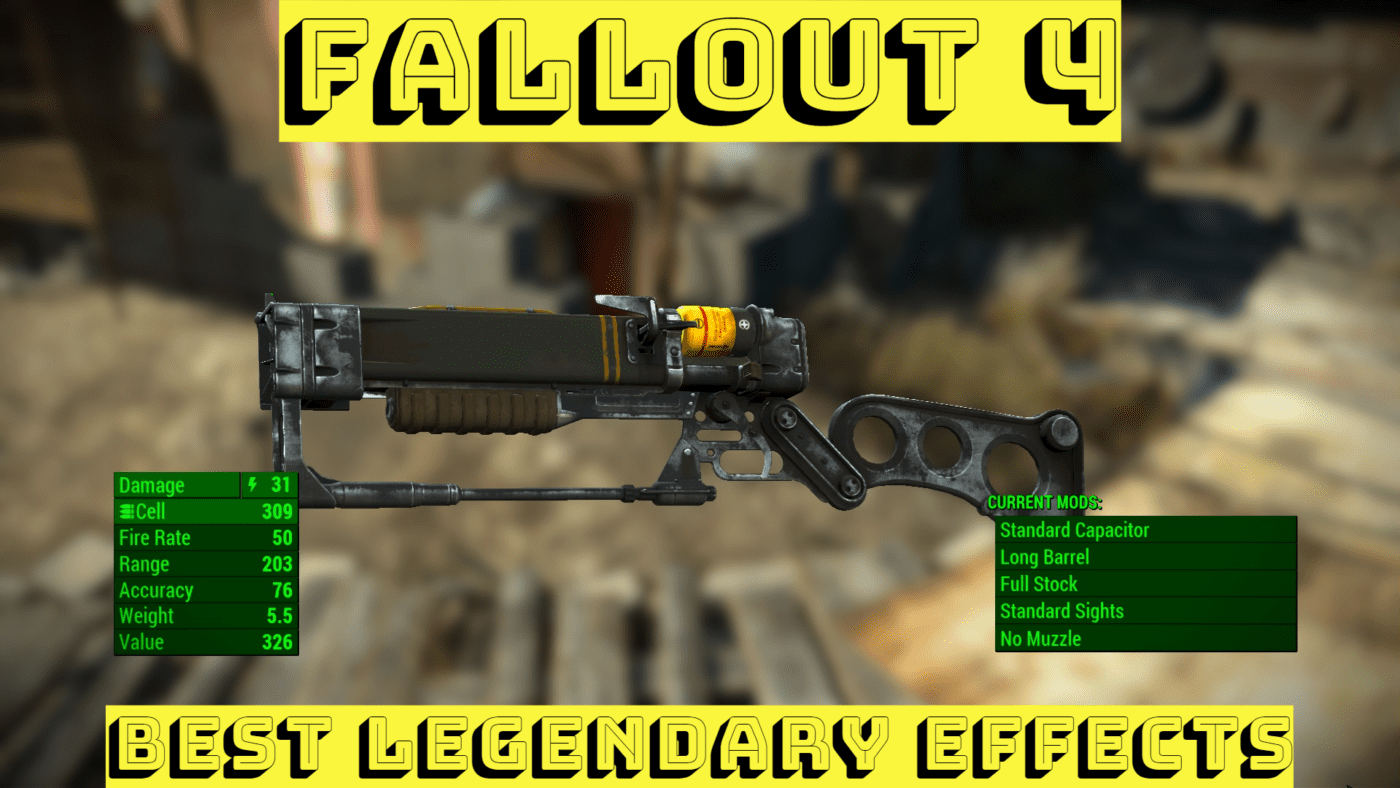 Fallout 4 boasts a ton of legendary effects that change the way you play the game. Today, we'll be discuss the most power weapon effects in the game that you should use right now!

Bethesda’s gigantic RPG game franchise, Fallout, gives us a massive open world to toy with different weapons and interesting perks. Fallout 4 is the fifth major installment in this franchise, bringing more mutants and hostile people to fight. One aspect that’s also great about it is the Fallout 4 Legendary Effects, that completely transform your gameplay.

The freedom of exploration and exciting combat in the game presents several opportunities for a survivor to wreak havoc. However, the weapon’s legendary status effects play a large role in it; here’s how.

What are Legendary Effects In Fallout 4?

In Fallout 4, the legendary weapon effects are special modifications used in basic weapons with special prefix modifiers. These effects give you additional benefits on top of just regular DPS from your gun. They are powerful enough to turn the tide of combat in seconds. Sounds interesting right?

So, let’s check out some of the most powerful legendary weapon effects in the game.

Alright, let’s begin with a banger (no pun intended!). The explosive mod is tremendously powerful when it pairs with weapons that have low base damage and a high rate of fire. This status effect also goes amazingly with something that shoots multiple projectiles.

The status in itself causes 15 points of explosive damage against targets. However, if paired with demolition expert perk and explosive bobblehead, the damage goes all the way up to 32.2 points. This amplified damage coupled with the area-of-effect damage makes for one devastating combo.

Use your mini-guns or shotguns with a heavy gunner perk, and you’ll be easily shredding through your enemies.

This legendary effect is one of the most underrated weapon effects in the game. It works differently for both ranged and melee weapons. For ranged weapons, it will reduce the AP used by 25% and grant a 33% increased hit chance. Which goes well even with using pistols like “The Deliverer” as you’ll be able to land more accurate shots.

However, the best use of this legendary status is with melee weapons. It decreases the AP usage for VATS by 40% and you can use it on the legendary melee bat, the Rockville Slugger. This lets you teleport around the map hitting foes in the face which is as amazing as it sounds.

The more you hit, the harder your punches will land. This statement stands true for the furious legendary status effect which increases a weapon’s damage by 15% after every hit.

This status works best with weapons with increased fire rate or faster attack speed since you stack up consecutive hit damages. The damage bonus can be stacked up to 10 times which is more than enough to take down the meanest of foes.

The Furious Powerfist is a melee weapon in the game with this legendary status effect that is great for melee builds. The damage bonus will reset if the target isn’t hit for 10 seconds or if you hit another target by chance.

This legendary status effect in Fallout 4 causes your enemies to take bleed damage. This is an especially great status because there isn’t any bleed resistance on enemies and bleed effect stacks.

This status is especially pronounced with automatic weapons like assault rifles or mini-guns. Bleed damage is often considered to be inferior to other types of damages but it has a secret to it.

Since enemies in this game are hard to kill due to their resistances rather than their health pool. Bleed surpasses all the resistances in the game letting you stack bleed and put out a consistent DPS on the enemies.

So next time if you end up asking an enemy if they bleed, the answer is yes- yes they will!

The staggering status makes all your enemies quiver helplessly as you continue to damage them. This applies to enemies ranging from minions to tougher baddies in the game.

Staggering works best with any weapon with a high fire rate such as a Ripper, Flamer or any shotgun. This becomes even more effective when paired with other effects such as commando or known effects of Sniper. 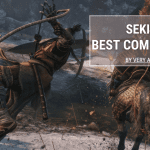 The rapid legendary status effect gives a decent fire rate boost to your auto and semi-auto weapons. Although it isn’t as strong with other weapons compared to other statuses in this list, it’s quite strong when used with a Gatling laser.

As the name implies, two shots weapon effect first an additional projectile while still registering as a single bullet fired.

As far as damage goes for both projectiles, the game adds base damage to its modded damage and then splits it. So if a base rifle does 37 damage and a modded one does 64, then the total damage per shot will be 101.

So basically, you are getting two shots for the price of one. This works great with basically any ranged weapon.

This is a rather situational legendary status effect but should go well with stealth builds. Instigating lets you do double damage to an enemy at full health. The buff won’t proc if the enemy has lost even the tiniest bit of health.

The best way to take advantage of this status is to catch enemies off guard and quickly dispatch them.

The above list covers all the power legendary weapon statuses Fallout 4 has to offer. There are other statuses to use in the game, but they are primarily situational compared to the ones above. Using these statuses right can instantly turn your underpowered build into a killing machine, so conquer the wastelands survivor.

Update: The Fallout 4 Legendary Effects guide has now been updated with additional information!