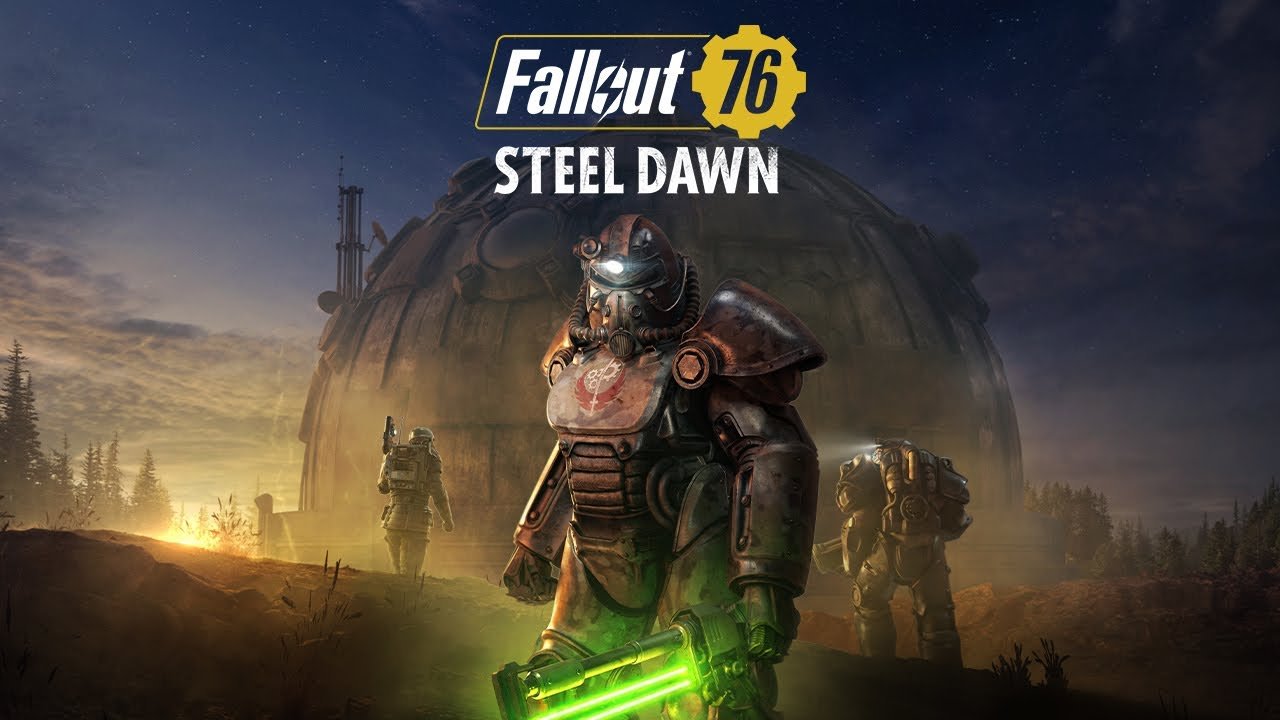 Bethesda have recently released a new trailer for the new Rahmani, Shin, and Valdez quest line in Fallout 76 Steel Dawn chapter. This free expansion for all Fallout 76 players arrives December 1st, 2020 but what else will be added in this update?

What’s being added to Fallout 76?

As mentioned earlier, there will be a new quest line added as Paladin Leila Rahmani arrives from California with her troops & her goal is to establish a new Appalachian chapter. Players can also choose either to work with or against other Factions in the game to see who succeeds.

There are some new locations being added in Rahmani, Shin, and Valdez for players to visit. The locations in the game are settlements that are filled with The Brotherhood of Steel as well as some other factions.

Some new gear is also added as well for players to find and equip. This means armour and weapons that are all a part of The Brotherhood of Steel arsenal. For instant news on any Bethesda game follow their Twitter here

Players can build and decorate in new spaces which is separate from your main C.A.M.P. .In order to get this new C.A.M.P. Shelter, players will have to complete a quest which will be added when the update is released. Buy Fallout 76 on Amazon.

There is also a Season 3 scoreboard being added December 15th. Players can use this to level up and unlock new rewards like lunchboxes and C.A.M.P. Allies. Players can acquire two new allies as they level up in Season 3. These allies can also offer players bonuses for their C.A.M.P. Check the latest deals on Fallout 76 and buy the game here.

That is mostly everything being added to Fallout 76 in December. Will this get you playing it again? While you’re here check out some of our other articles like this one about what made Call of Duty: Black Ops so good as it Turns Ten. Or what about this one about Pokémon Go having Events For Selected Cities.