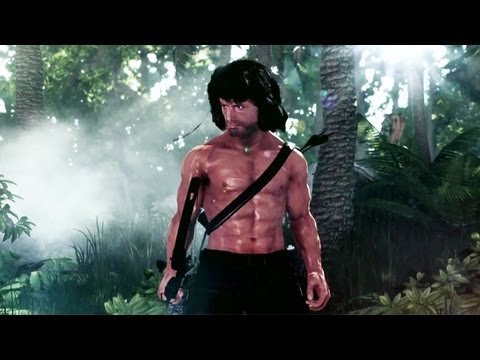 Throughout gaming’s existence, we have seen some of the most incredible experiences that the medium could possibly offer. We have seen visual spectacles, mechanical marvels and holistically stunning games that capture everything that makes gaming great. However, for every world-class game that gets produced, there are at least ten bargain bin titles that aim to nab a slither of the gaming market for themselves, usually with terrible results.

Although, even in these instances, some games rise up out of nowhere, overachieving and forging a reputation as a cult classic. We need only name titles like Hogs of War, Deadly Premonition or Goat Simulator to adequately support our point. When this happens, it’s great, but sadly this is a rare occurrence when we look at the law of averages and that can only mean one thing. Thousands upon thousands of terrible games exist when, quite frankly, they really shouldn’t.

So with that in mind, we thought we would run through a list of five games that despite all logic and reason, managed to hit the shelves. Also, just for clarity, we aren’t talking about games that looked good on paper and then ended up dreadful like Anthem. We are talking games that needed a handful of loopy developers to even consider beginning production in the first place. If you own any of these horrendous games, then we can only apologise on behalf of the gaming industry. Here is our list of five games that somehow inexplicably got made.

First up on this list of crimes against gaming, we have a game starring basketball star and all-round huge human being, Shaquille O’Neil. In the mid to late nineties, Shaq was quite the public figure, not only because of his sporting ability but due to the sheer volume of mass the man carried around. So this seemingly led to developers Delphine studio, no relation to Belle, we think, making an absolutely horrendous beat-em-up with Shaq playing the leading role.

The ‘plot’ if you want to call it that, was bare-bones, to say the least. The gameplay was stale, boring and repetitive. The visuals, although not terrible for the time aren’t anything special either and overall, this game showcased to the industry that much like movies, one big name does not make a blockbuster title. Indie developer Big Deez created a revival title of sorts titled ‘Shaq Fu: A Legend Reborn‘ which aimed to salvage something from the wreckage from the original but even with two decades of hindsight, that title was only marginally better. We would say its best to forget about this one for good.

We have two words for you, ‘public domain’. For those unaware, when a story or intellectual property reaches a certain age without being relicensed or bought by a group or business. Meaning that a handful of very well respected characters and stories are free for the masses to tweak, twist and potentially ruin as they please. In a lot of cases, this can be a positive decision, such as the plethora of great Sherlock Holmes movies and shows. Or perhaps the reimagining of Alice in Wonderland by Tim Burton. However, this isn’t always the case, as showcased by this entry.

In truth, we could have picked just about any game under the Phoenix games umbrella. This developer is known for their shameless rebranding of universally known IP’s. However, we think this one takes the biscuit. We mean come on, Snow White and the ‘Seven Clever Boys’. Who came up with that and thought that was a great idea? The game features bland and lifeless minigames, nightmarish visuals and very little else. This game doesn’t even have anything to offer as a novelty purchase so we suggest you stay away at all costs. Also, if you want to see some fantastic coverage of this game, check out Caddicarrus’ take on this horrific game.

What do you get when you take a roster of the best wrestlers on the planet at the time and put them into a Twisted Metal style fight to the death. A really confusing mediocre game is your answer. We don’t know what fuelled this terrible crossover by THQ but we have a feeling that money might have played a role in the creation of this strange title. We assume there wasn’t too much demand to see Kane and the Undertaker duke it out in a destruction derby setting. Yet, it somehow exists.

Perhaps we are being harsh to this game because, in truth, it’s far from the worst game on this list. Sure it has clunky controls, cheesy dialogue and a story that makes absolutely no sense but doesn’t every WWE game? Putting this to one side though, we still can’t wrap our heads how this one made it to market and for that reason alone, this one deserves its spot.

Video games and TV shows have always had a strong partnership down the years. From the older titles like Teenage Mutant Ninja Turtles or The Simpsons arcade game borrowing from their TV counterpart. Right up to the present day where HBO is planning to make a live-action series of The Last of Us. If nothing else, this shows that these partnerships can be fruitful. However, when you take material that isn’t at all game worthy and throw something together anyway, it can lead to titles like this.

You might remember Tim Allen’s DIY family man themed sit-com ‘Home Improvement’. Well, we can almost guarantee that no one remembers the game based on the series anywhere near as fondly. The title was a typical nineties platformer for the SNES with a laboured narrative, terrible level design and absolutely nothing innovative to make it worth anyone’s time. It’s a great novelty item to have in your collection now, but back at the time of release, this was just offensive to any gamer that paid full retail price for this abomination. Again, if you want some great coverage of this game, checkout Jontron’s video regarding this title.

Then lastly we have a title that isn’t on the list because of its concept. We aren’t hating on Rambo as it’s a classic action movie. It could easily have been a great topic for a game. What blows our mind though, is why a developer thought that 2014, six years after the most recent Rambo movie at the time, was the best time to do this. Then when you take into account just how out of place this game looked amongst other titles of the era, you begin to get the full picture.

The purchase of the Rambo licence by Reef Entertainment was fuelled by the success of Stallone’s work on The Expendables and the 2008 Rambo film. However, six years later, we would get a visually laughable title. A title that had nothing of value to offer modern gamers and through simply existing, now serves as a black mark on the Rambo franchise. It’s short, it’s generic and it has quick-time events in abundance. So if that sounds like fun to you, we say play at your own risk.

So that’s our list of five games that somehow managed to hit the shelves. What do you think of our list? Have to played or do you own any of these games? Did we miss any titles that deserve to be on this list? Let us know in the comments section below. Plus, if you liked this, you might enjoy our PC games showcase. Or alternatively, our news regarding Doom and Fall guys. Thank you for reading VeryAli Gaming.