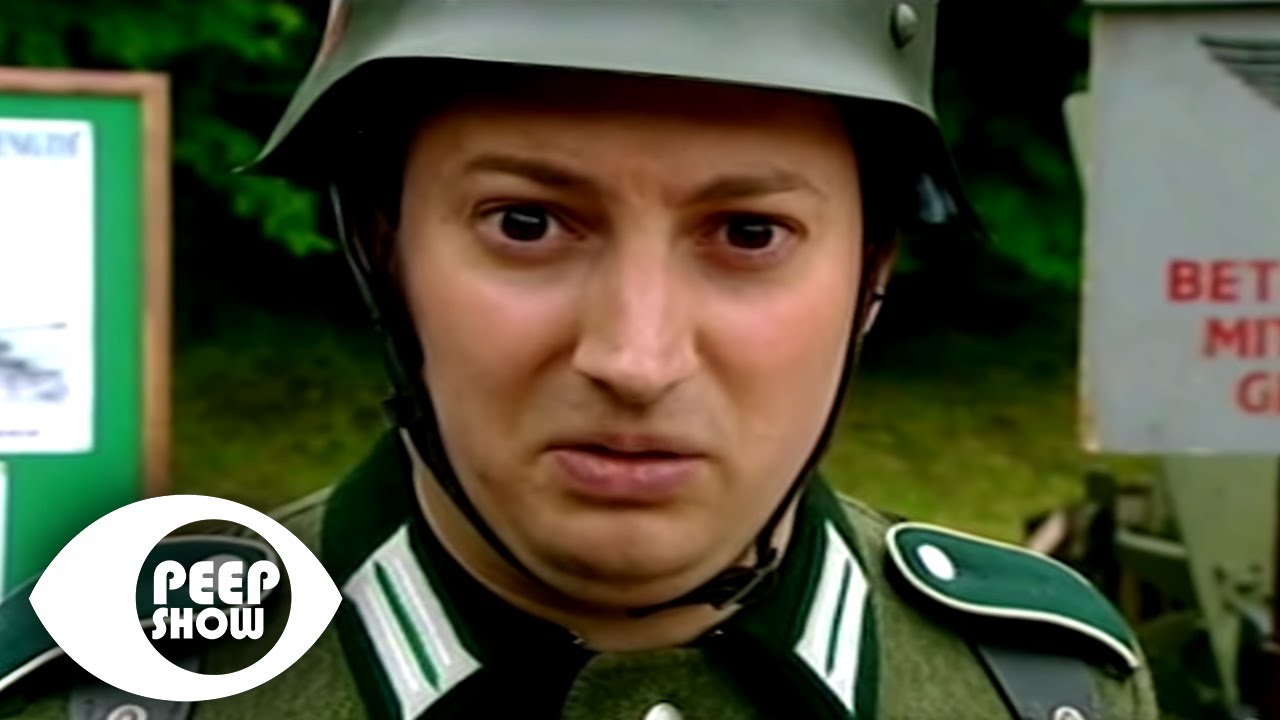 As everyone at the VeryAli chows down to their Christmas dinners and drinks in excess, I have been left to hold down the fort. Now that might seem like a job fit for Ebenezer Scrooge himself but for me, this is just another gift for my stocking. The reason being that I have been let off my leash to push my own mad content agenda. So that means I’ll be marrying my love of gaming with, in my opinion, the most important British comedy around, Peep Show. (Get ALL 9 Seasons of Peep Show for only £28.99 here)

As a Peep Show connoisseur, I have seen the show’s nine seasons well over twenty times through and I would consider myself an expert of sorts. Then as a professional games journalist, I would say games are another area that I’m rather knowledgeable in. So I thought it would be fun to represent this year in gaming in the form of Peep Show memes. It’s for a niche crowd but hey, I’m in charge today. So here is gaming in 2020, the Peep Show Edition.

Seeing as the long-running FPS franchise has now produced its twenty-fourth game if we count everything under the COD banner. We probably all feel a little bit like Mark here, going through the motions, dealing out headshots out of obligation. God, life is relentless.(If you want to buy Call of Duty: Black Ops – Cold War & you are on XBOX then check this great deal for the game, for other platforms check here.)

Another FIFA means another example of the same pre-digested Hollywood crap we have seen year after year. You spend all that quality me-time all year just to have to start from scratch again. Nothing changes but you still bought it anyway like the grubby man you are. Damn you EA! Watch out, the ombudsman’s coming to get you. (Get FIFA 21 on PS4/PS5 at 50% off !! here)

Among us is far from a tactical espionage epic like Hitman for example. However, when you play everyone like a fiddle, you’ll feel like 007 himself. Anyone fancy Octopussy and a twirl? (Check some amazing Among Us merchandise here)

The Last Of Us Part II

Throughout the run of The Last of Us Part II (Get it here), Naughty Dog took us on quite a ride. There was the early game plot twist that caused quite a stir. Then the rest of the game continues in that vain, having the player constantly deal with everyone dropping around you. So, much like Mark, we get it. However, losing our job at a credit adjustment company may not cut it in Ellie’s world as a gut-wrenching experience.

In truth, a litany of memes would work for this car crash of a game. However, we thought we would go for the CDPR line as they pushed this bad boy out the door. A few bugs would have been fine but this is beyond the pale.(Get Cyberpunk 2077 for only $49.94 !! here or here )

Now for my personal game of the year, Pathologic II. This game is a lesson in pain, suffering and making tough, potentially terrible decisions. Much like Peep Show in a lot of ways. So I thought this would be perfect to sum up the beautifully horrible time that is Pathologic II. (Get Pathologic II for only $6!! here)

2020 hasn’t been the strongest year for horror titles but there have been a few indie gems. One of which is the P.T. inspired, Visage. This game often has us unsettled, afraid and desperately wishing we could sack it all off and play some Lethal Enforcers instead.( Get the best deal on Visage here)

Then lastly, we have the samurai epic that is Ghost of Tsushima. It’s a pretty lengthy title but if you’re anything like Johnson, you probably had it done in ten. You need a brass ring piece for that sort of thing but we are sure you honed your skills and put a lid on the squid.( Get it for 33% off here)

So that is our piece on 2020 in gaming through the eyes of Peep Show. What do you think of our selection? What other lines do you think would have done the job? What other games can you represent with a Peep Show quote. Let us know in the comments section below. Plus, if you liked this one, then why not check out our Cyberpunk 2077 review. Or alternatively, check out our news on Gotham Knights. Thank you for reading Veryali Gaming.