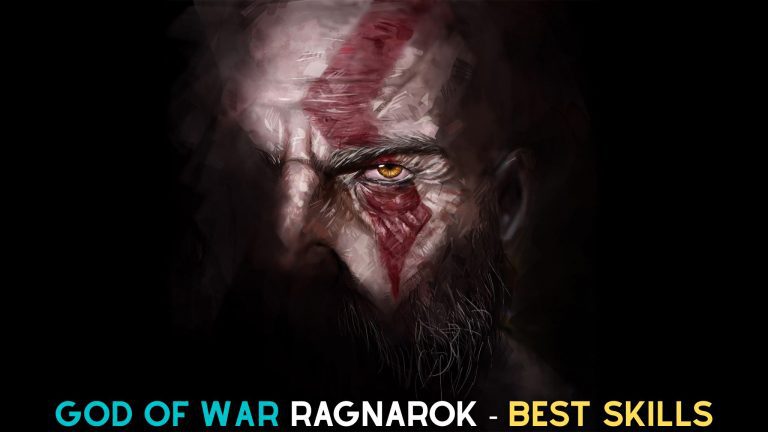 This guide covers all the best skills in God Of War Ragnarok to assist you along your journey and takeout your enemies fast and gain more XP.

There are many skills, but it can be difficult to identify the right one. We have found a solution to your difficulty because we have listed some of the best skills that will undoubtedly help you in every situation.

Below are the best skills for Kratos to use during combat to output the most damage to his enemies with different weapons.

We got to see the Leviathan Axe in the Previous God of war games, and we are all aware that it is no less than any lethal weapon. You get to lay your hands on it early in the game. However, the best skills make it way more potent than ever.

The weapon allows you to interact with your surroundings and to take down your opponents; it can be used for multiple tasks. About its attacks, for elemental reactions to take place, you can combine them with Blades of Chaos. Or you can go with the ice attacks for another reaction or attack.

Specific changes and adjustments have been made regarding the Leviathan Axe, and players get many new skills. But the central question is, which is the best skill? We are here to answer it and to explain what makes certain skills the best.

So now, without further waiting, let’s move to our best skills through which you can make your weapon amazingly powerful.

Extinguishing Flames is considered one of the best skills in God of War Ragnarok for the Leviathan Axe. You must go for it without giving it a second thought as it is cost-effective and of great use. This also provides exemplary support to your Axe melee strikes.

And besides this, it enables you to add further damage to the opponents after causing them to burn. One can use the Blade of Chaos to serve this purpose or any other way that results in the same effects.

Through the Extinguishing Flames skill, you can deal significant damage at the beginning of the game and be of great assistance when encountering adversaries with Fiery Shields.

It is also the top pick in best skills for the Leviathan Axe in God of War Ragnarok. This skill gets unlocked when you upgrade your axe to level 2 and requires 750Xp as a purchasing cost. The minor upgradation for damage has been done.

Along with this, it allows you to activate the frost awakening skill. To do so, hold the triangle or any corresponding button. Another fantastic action you can perform is launching enemies into the air that will damage them intensely.

Even if a group of enemies surrounds you, you don’t need to freak out, as the Frozen Ascent skill can instantly provide crowd clearance and help you efficiently throughout combat.

All of the God of War games have incorporated Kratos’ most iconic weapon, the Blades of Chaos. These are a set of chained blades that Kratos, a Spartan warrior, once possessed. Kratos received the swords as a reward. Ares, the god of war, created them.

The Blades of Chaos are extremely destructive weapons that can tear apart foes and deflect blows. They can encircle opponents, allowing Kratos to draw them in and eliminate them with a devastating blow.

Let’s look for the best skills or abilities for the Blades of Chaos so you may gain victory over enemies magnificently.

As the name suggests, this skill is a source of immense chaos. Undoubtedly this is the best skill for blades. It enables the Kratos to release a constant barrage of strikes on the enemy. He can do it automatically; all you need to do is press and hold the light attack button.

The most convenient thing is that it does not require you to press frequently. You can use this for the high burn status effect, and to deal with the mini-boss burn status; you can opt for this skill. Selecting this skill when you want to eliminate a single stronger enemy or a boss is recommended.

This is a blazing skill; let us tell you how. For the blades of chaos, the Flame Whiplash can be activated. For the activation, press the triangle button and hold it down. As you do so, the Kratos can make blades spin, and after some seconds, they will get ablaze.

Then you can throw or unleash them towards the enemy, which will surely set them on fire while dealing damage. During flame whiplash, you can cause a moderate burn on the enemies by pressing (R1).

If you have entirely charged Flame Whiplash, then Kratos can alight the ground, and any adversary present there will be consumed by fire.

Like Father-like son, Atreus has his own unique skill tree that allows you to choose the best skills for him to equip in order to support his Father during the combat.

The main focus of the instinct skills lies in the assistance that Atreus provides to Kratos and the combos. While playing as Kratos, the Atreus’ combo and attacking capability gets enhanced. The synergy between you and Atreus increases as you take his help and show reliance.

There is a wide range of instinct skills, and their cost varies accordingly. So what we have to do is to figure out which is the best skill.

This skill costs you 500Xp, which seems a much cheaper amount as compared to other skills. Dive into battle offers you two abilities: By pressing the triangle, you can get the grip over an enemy, then hit them forcefully, and the status effect of your ongoing Runic Arrow is applied to them.

Through the second ability, you can reduce the gap to moving enemies. The Atreus uses the rope-grapple Finisher to perform this action. By keeping in view this, it is suggested to unlock it when you begin to play Atreus.

The ranged combat of Atreus boosts up through Archery skills, mainly the combos and combo damage through the arrows. You can use these whether you are playing as Atreus or playing with him as a companion.

With the Focus shot skill, you can charge your arrows before releasing them towards the target. Apart from this, the knockback and damage of each charged arrow also increases. As a beginner skill, it is strong enough and is a good option.

Based on the situation, you can also select the effectiveness and quickness of arrows. The skill is perfect to use, and if you think you have a pretty good command on the arrows, then Focus shot is the best skill for you.

Our Today’s Guide regarding the God of War Ragnarok best skills ends here. We picked the most suggested or recommended ones and wrote about them in detail so you can select the right ones for yourself.

Make sure to circulate this article among your friends and stay in touch with us for more God of War Ragnarok gaming guides.