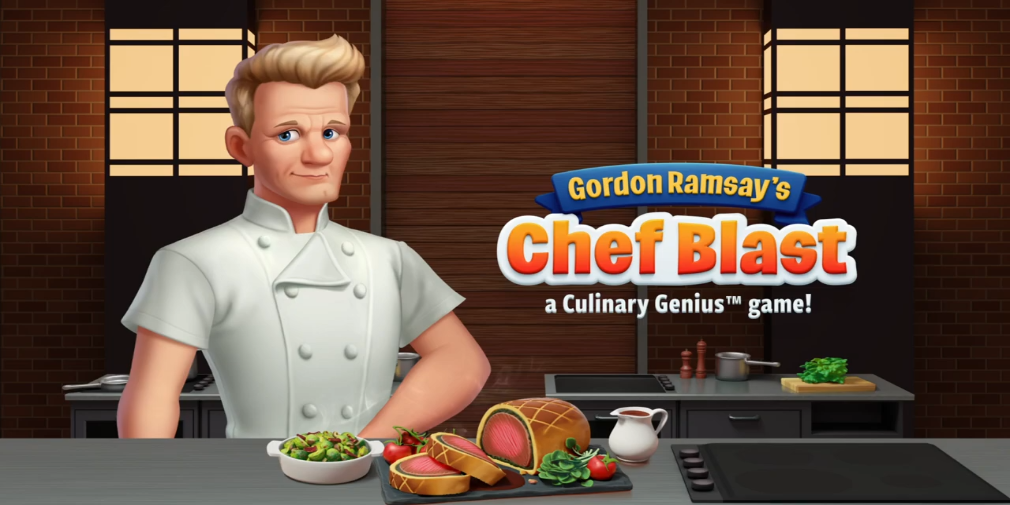 It may be getting hot in the kitchen, but don’t worry, there’s something new to take your mind off it. Yes, Gordon Ramsay has helped develop a mobile game with a culinary flair. Gordon Ramsay: Chef Blast is out now and came with this expletive-laden trailer.

The cussing culinary star has teamed up with the UK’s largest independent mobile app developer, Outplay Entertainment, to deliver this latest venture. In an interview with Screen Rant, Ramsey revealed he jumped at the chance to be part of the game’s development.

“Well I love anything in the technology space and I see how much time my kids spend on their phones. So when the idea of Chef Blast came to me, I jumped at the opportunity to put my own spin in the puzzle space. I’ve seen the kids play other competing games on their phones when they’re ignoring me, so I figured this was the best way for them to actually listen to me!”

You would think the Hell’s Kitchen star would have been drawn to an Overcooked style game. But Gordon Ramsay: Chef Blast is more of a Candy Crush than Cooking Mama kind of set up. It’s not entirely without a kitchen vibe, however. According to Outplay Entertainment, there’s more to it than first meets the eye.

“Join Chef Ramsay in the kitchen as he offers encouragement, or the occasional virtual kick in the backside,  while completing culinary challenges. Players are able to unlock some of the Chef’s favourite recipes as well as new exclusives that have never been available online or in any of his top-selling cookbooks”.

So who knows what’s next for the man who brought us so many memes. According to the man himself “the one thing I can guarantee in 2021 is that my TikTok dancing will not improve.”

That’s all from me for today. Let us know what you think in the comments. If you enjoyed this article, why not check out our other work. How about Skyrim’s Enderal Mod Creators Announce Commercial Game. Or Nine Locations That Need To Be Used in Videogames.