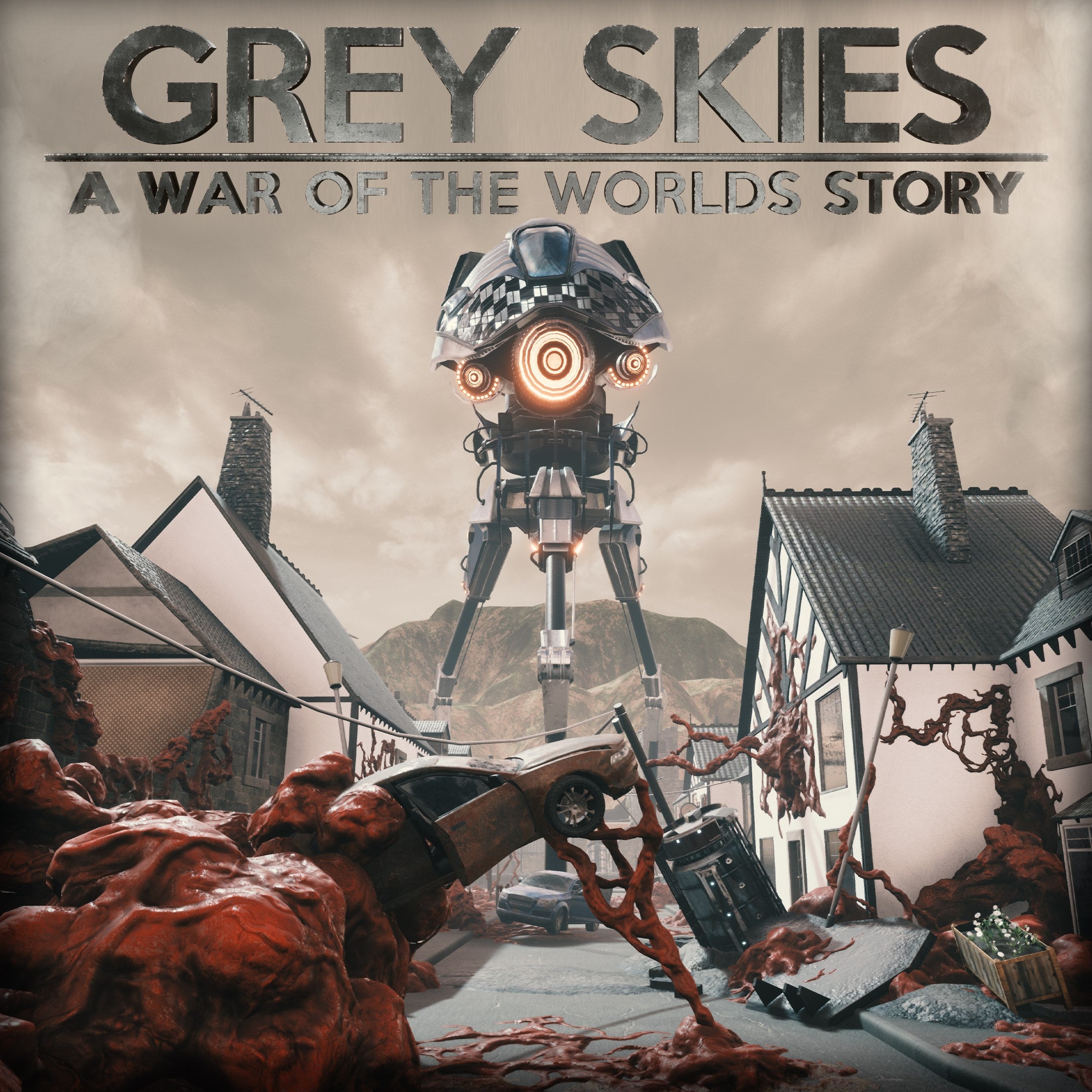 Grey Skies: A War of the Worlds Story Review

The game begins with a short cutscene displaying Mars while a narrator reads the introduction to H.G. Wells’ War of the Worlds. This would set the tone of the game and invoke excitement for the player. If the audio was of a better quality, as crackling can be heard. Moreover, the textures in this cutscene are noticeably pixelated and of low quality.

We are later shown a plane flying through the sky with the playable character (Harper) on board. The plane then has a malfunction and crashes. As it fades to black we are presented a logline stating “2 weeks earlier”. We are transported to a store where we are tasked to shop as Harper, picking up various items. As we engage with this task we are presented with a short cutscene, entailing a man lying unconscious with strange electricity pulsating around him. A rock song can be heard playing as the cutscene transpires and a short tutorial and prologue to establish item pick up and the threat.

The intro is extremely jarring as we are taken to and from different locations varying in atmosphere. As we are taken back to the crashed plane, Harper makes her way painfully slowly out of the area. It took 5 minutes of walking through the plane crash to get to the next area. Once again, a song begins to play, a striking contrast to the previous scene. Furthermore, there isn’t anything interesting around the crash. This, along with the length of the area, feels dull and takes away from the pace.

Harper then enters the farm area upon leaving the plane crash, where some gameplay mechanics will be taught to the player such as crafting and focus. Focus allows Harper to see enemies through walls and highlights ground that is loud when walked upon. The player is taught how to craft when tasked to pick up Red Weed, a resource that is required to learn new blueprints for items.

It will take players a rather long time to find the required amount of Red Weed in the farm. As it acts more like a collectible than a resource, making the player struggle to find the resource. This is one of the issues with Grey Skies as it takes an extremely long time to get into the main attraction to the game, that bought them to the game, War of the Worlds. As we leave the farm by car another song begins to play, that’s 3 in total so far.

The Last of Us on a Budget

Gameplay mechanics in Grey Skies: A War of the Worlds Story are reminiscent of The Last of Us but at a much lower quality. You’ll be collecting materials to craft items to aid you in avoiding enemies and get through some obstacles.

Harper’s health is displayed on the side of her bag, a great addition to the game reminiscent of the Dead Space series. It’s easy to see where Steel Arts Software got their inspiration from. However, its also a bit too obvious as the crafting menu is almost exactly the same as The Last of Us, as displayed below.

Enemies are uninspiring as most of the time you will be up against zombie-like enemies that will patrol areas. For a title to include War of the Worlds I expected to see more of the Martians. These zombie like enemies can be tricked relatively easily.

To reiterate, enemies are specially uninspiring for a horror game about War of the Worlds as it feels as though the developers have just used War of the Worlds as a way to attract players. Yes, the classic Tripod does appear however it takes a long time for it to be revealed. But to implement such a classic novel and iconic antagonist in this way doesn’t do the H.G. Wells novel justice. Which is the problem here with a smaller indie developer and a relative lack of experience being too ambitious.

Further bugs were discovered when collecting water from the farm pond and when Harper began treading water, and got stuck not being able to get out . This was fixed by reloading the checkpoint. Grey Skies, suffers from many problems with many glitches that range from minor to major. My game crashed twice resulting in starting the game from scratch. This is just not acceptable in this day and age of the video game industry, especially when releasing for next gen consoles. With so many bugs and glitches it has become apparent that the game is nowhere near being finished, and would benefit greatly from more time to fix these issues and improve on quality.

Another issue can be found in the game’s menu as there is no exit button, this had alarm bells ringing from the start. There is no excuse for this omission even for an indie developer.

Grey Skies: A War of the Worlds Story has many issues ranging from uninspiring gameplay, poor level design and major bugs. As a result these serious issues restrict the game to a low mediocre score. The few attributes that the game has does not outweigh the issues here, and while the game is an indie title it could really do with a major polish and updates to these issues discussed.

If you found this review informing, why not check out our other horror reviews such as Visage. Or check out our article on the new developments with EA Play. Furthermore head to our YouTube channel for some interesting videos! Thanks for reading VeryAli!

Summary: Based on the great work of H.G. Wells, explore the English countryside and encounter iconic concepts such as Black Smoke, Red Weed and of course the almighty Fighting Machine and it’s Heat Ray! 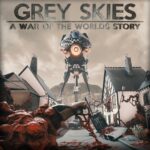