GTA 6 – Are We Finally Getting A Female Lead Character?

Fresh of the back of a potential hint from Rockstar that we might be returning to Vice City in GTA 6. It seems that a new rumour has reared its head. We have been hearing about fan theories, rumours and supposed leaks relating to GTA 6 for quite a while now. Which is hardly surprising considering that GTA 5 released over six years ago. However, this one seems to have gathered some traction amongst the GTA faithful, a rumour that if true, would gift us with the first-ever female lead character in the series.

We have had very little in official news from Rockstar. In fact, all we really know for sure is that the game is indeed in development. Plus, we have also found out that one of the characters in the upcoming title will be known as ‘The Mexican.’ Aside from this though, it has been radio silence from Rockstar. So if this lead proves to be true, it will bring us one step closer to piecing GTA 6 together.

Fact or Fiction: Is The Leak Legit?

The provider of the leak comes from a fairly reliable source, Tom Henderson. The man with his ear to the ground 24/7 to sniff out any gaming info he can. He was the one responsible for a series of COD: Black Ops Cold War leaks that proved to be legit. Plus, he has a history of providing reliable information ahead of developers official statements. We can’t say that he has a perfect record but when compared to other leak sources, his reputation precedes him. So in terms of the source, we can vouch for Tom.

In terms of the leak itself, there wasn’t a lot of info offered by Tom to provide any clarity. On the 10th of January, Tom posted a tweet that simply stated that GTA 6 would indeed have a female lead character. However, when the laundry list of fan questions rolled in, Tom was unwilling to elaborate on his claim. Here is the tweet below:

What Will This Mean For The Series?

Thanks to this tweet, many fans have been racking their brain to try and crack the GTA 6 enigma code. Many fans believe that this will mean that GTA 6 will follow in the footsteps of its predecessor, offering a range of characters that you can switch between on the fly. With one of these titles being a female character.

However, other fans were quick to discredit this, stating that it is more likely that the series will move towards a more customisable and personal experience for the player. Fans believe that you will be able to choose between a female or male lead character, much like the recent RPG title, Cyberpunk 2077. This would be a departure from any other title in the series but in all fairness, Rockstar have never been afraid to shake things up if they felt it was needed.

While we don’t know if this theory has legs, you can’t deny that it would be a welcome change to the series. We wish that we knew more but if this news is confirmed, it would be a start. Here’s hoping. (Get GTA V for only $12 here)

So that’s our news regarding a potential female lead character in GTA 6. What do you think of this leak? Do you think that it’s legit? What do you make of a female lead character in a GTA title? Where do you think GTA 6 will be based? Let us know in the comments below. Plus, if you liked this, then why not check out our news regarding Gotham Knight’s redesigned combat system. Or alternatively, read our feature on four games that handle mental health right. Thank you for reading Veryali Gaming. 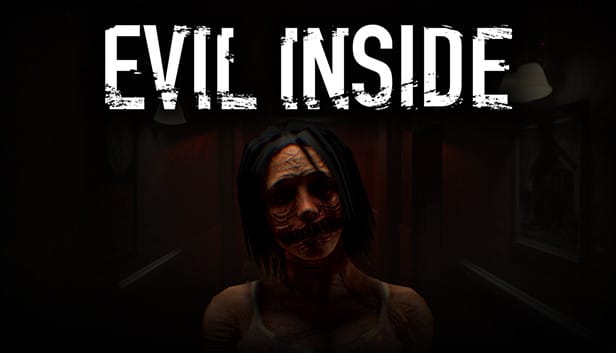 Evil Inside Coming to PS4 and PS5
wpDiscuz
0
0
Would love your thoughts, please comment.x
()
x
| Reply