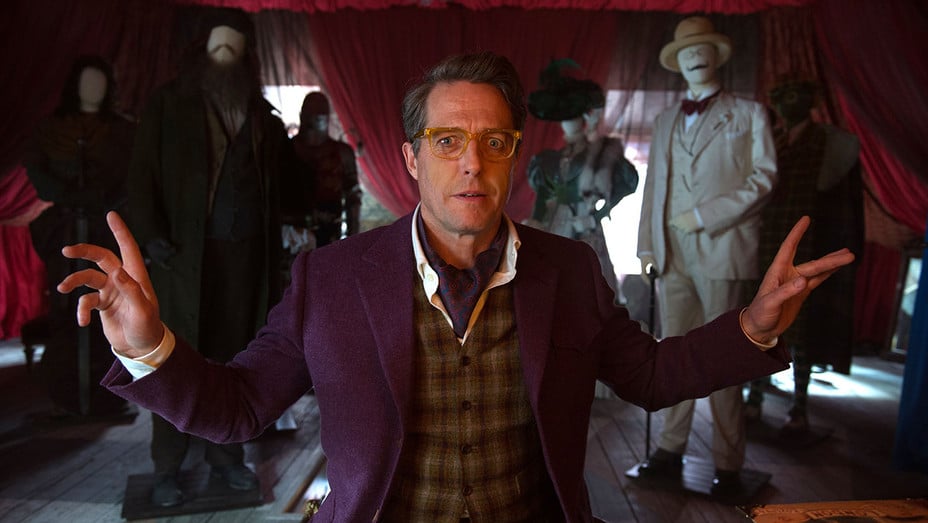 Paramount continues to release information about their upcoming Dungeons and Dragons film, with two new casting announcements overnight. They have revealed that Hugh Grant has joined the project along with It and I am Not Ok With This star, Sophia Lillis. But that’s not all, rumours have also begun circulating that Grant will play the film’s main villain.

It was Deadline who first announced the new information, their sources had also revealed the nature of Hugh Grant’s role but could not offer anything on Lillis. They will join an already star-studded cast that added Michelle Rodriguez and Justice Smith last month.

Hugh Grant has always been somewhat of a pretty-boy love interest in cinema. He rose to fame for roles in the likes of Sense and Sensibility, and Four Weddings and a Funeral as the romantic leads. More recently, Grant has moved his sights to juicier and more unusual roles, rather stealing the show in the likes of Paddington 2 and The Gentleman in recent years.

Lillis is no newcomer either. She shot to fame in her role of Beverly Marsh in the first chapter of It. Since then she has reprised the role, been in a Sia music video, and had countless praise for her often subtle yet powerful performances. Most recently she appeared alongside Paul Bettany in Uncle Frank, an LGBT+ road movie which received positive reviews.

This will be the fourth Dungeons and Dragons movie, the last of which came out in 2012. This new addition has been in the works for almost six years and has evolved considerably since it was reportedly going to star Ansel Elgort with Rob Letterman directing.

The film is slated for release on June 27th, 2022. Like most things, this has been delayed considerably due to the Coronavirus Pandemic.

Are you excited for the D&D movie? Do you think Hugh Grant will do a good job? Let us know in the comments.

If you enjoyed this article, why not check out our other work. How about Aliens: Fireteam Co-op Shooter Announced. Or our latest review of Taxi Chaos. You can also get even more content on our YouTube channel. Thanks for reading VeryAli!