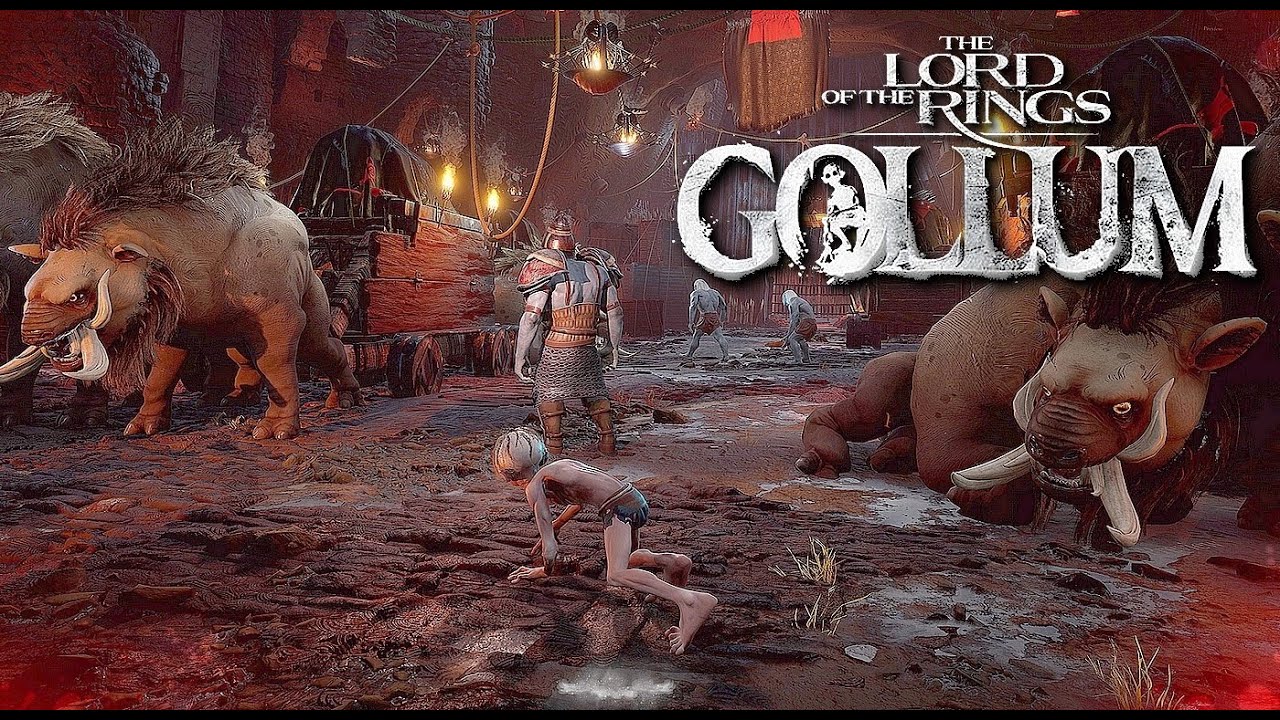 ICYMI The Lord of the Rings: Gollum Dropped Its First Trailer

It seems like a long ago and distant time that we were first told of The Lord of the Rings: Gollum. A new game for the beloved Tolkien franchise that promised to be very different from the likes of Shadow of Mordor. Initially, a 2021 release date was suggested although its likely Covid-19 has put a stop to that one. In the meantime, we finally have some game footage in the form of the first teaser trailer. Take a look below:

The Lord of the Rings: Gollum trailer was released yesterday as part of the Future Games Show: Spring Showcase. The trailer doesn’t show much in the way of a major plot. As everybody’s favourite addict cries “The precious is gone!”, we can safely assume this takes place post-The Hobbit (unless Gollum was really careless and had lost it before…). There’s also a creepy flash frame at the end, of a cave-painting like image depicting The Eye of Sauron which could be interesting.

If the YouTube comments are anything to go from, reception for the teaser is a mix-bag. Whilst people are hyped to see the world through the complex lens of Gollum vs Smeagol, the gameplay graphics seem pretty basic. The way Gollum crawls through environments doesn’t look smooth either. But, we have to remember the game may still be in its infancy. Particularly thanks to Covid, there could be a lot more work yet to complete. We may still get the game of our dreams.

Daedalic Entertainment is better known for its work in the point-and-click genre with titles like Dark Eye: Memoria and Chains of Satinav (which they have just re-launched for consoles). They focus on creating strong narratives with fleshed out lore and characters. It will be interesting to see how they cope with the weight of this popular franchise.

The company seem pretty confident in their The Lord of the Rings: Gollum project. Daedalic‘s CEO and co-founder, Carsten Fichtelmann, had this to say all the way back in March 2019:

You already have that big conflict in the character, two voices talking to you continuously, which means there is a good reason there are decisions to make in the game: the Smeagol decisions or the Gollum decision… It was clear that the Tolkien estate looked for a company that was capable of doing something which is more story-orientated than some of the other products that came out over the last years.

What do you think of the teaser trailer? Are you excited for The Lord of the Rings: Gollum? Let us know in the comments.

If you enjoyed this article, why not check out our other work. How about our latest quiz: So, You Think You Know Classic Gaming?! There’s also Risk of Rain 2 New Survivor Overview: Bandit. Or, for a longer read, take a look at our latest feature: Best of Xbox Game Pass A-Z: D Is For Drake Hollow. You can also get even more content on our YouTube channel.