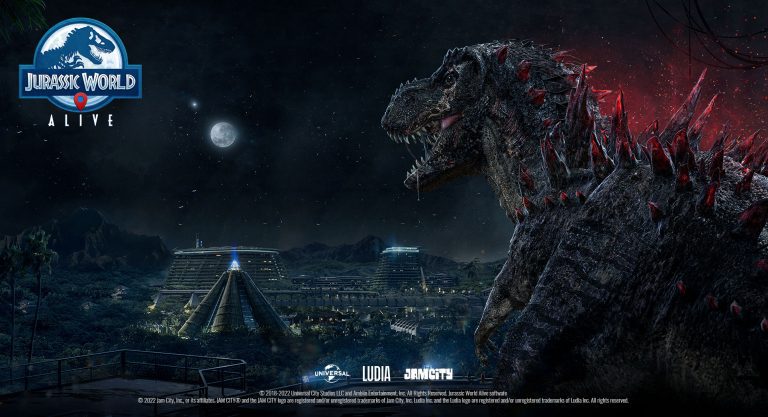 Ludia, a video game developer based in Montréal, in Québec, Canada, is most noteworthy for the release of cross-platform digital games that have a massive consumer appeal. The company has released many games based on game shows, television series, movies, books and even board games, such as Jurassic World Alive and, its more recent, DC Heroes & Villains. While the company mostly releases games for iOS and Android devices, it has worked on games for consoles like the Nintendo DS, PlayStation 3, Xbox 360, and even PC, among others, before as well.

Ludia is possibly one of the most renowned companies in the mobile gaming industry, with associations with companies like DreamWorks Animation, Universal Pictures, Sony Group Corporation, and The Walt Disney Company. In September 2021, the company was acquired by Jam City, another video game developer based in the United States, with games that have over 31 million monthly active users and 1.3 billion downloads.

Not much (or anything, really) is known about what Ludia currently has under development, particularly since its more recently released games, like DC Heroes & Villains and Disney Wonderful Worlds, haven’t really been received all that well by players, with the former having only a 2.8/5 rating on the App Store. However, it seems like we finally know about the company may be working on at the moment, and this one is supposedly an unannounced free-to-play online puzzle role-playing game “based on one of the most famous licenses in the world.”

Earlier today, we came across a couple of job listings on the company’s website, that give out a few details as to what Ludia could currently be working on. One of the job listings on the website is for the Senior Game Designer position at the company’s headquarters in Montréal, in Québec, Canada, the description for which reads, “As a Senior Game Designer, you will report to the Lead designer and you will work directly with the team members, designers, artists, data scientists and developers on an unannounced game. You’ll work on an unannounced game, based on one of the most famous licenses in the world.”

While we’re unsure as to which “famous” license it is that this job listing refers to, it’s certain that the company does have an unannounced project currently under development. Furthermore, based on the responsibilities that the candidate will have, it’s also clear that this unannounced project is a mobile one and an online one, at that. “Work directly on your next mobile Hit, from the concept inception to the LiveOps,” it states.

Additionally, the qualifications that the candidate should have also mention “extensive knowledge in free-to-play RPG design and systems balancing,” which means that this will be a free-to-play game based on the roleplaying genre. Of course, this doesn’t come as a surprise, since Ludia has mostly released free-to-play games in the past.

However, this isn’t all, as another job listing for the Content Designer position at the company’s headquarters in Montréal, in Québec, Canada, gives us a few more details about this unannounced project from Ludia, the description for which reads, “Ludia is looking for a Content Designer to work directly with the design team, artists, and developers on the core combat system of an unannounced game. You should have extensive knowledge in free-to-play RPG design.” From this, it’s confirmed that the unannounced project is a free-to-play roleplaying game.

In addition to this, the responsibilities of the candidate suggest that each character could also have its own narrative and “Role” (as the job listing states). “Narrative research on the Character in the Lore,” it mentions. The characters may also feature their own “Stats,” “Archetypes,” “Rarities,” “Upgrades,” and “Popularity.” From this, it seems like the unannounced project may just be a competitive one as well, as these attributes are common in competitive online roleplaying and combat games.

Lastly, one minor detail about this unannounced project from Ludia is mentioned in one of the bonus points that the candidate could have. “Experience with Puzzle RPG’s,” it states. Puzzle roleplaying games aren’t an untouched domain for Ludia, of course. At the start of this year, the company released DC Heroes & Villains, the first match-3 puzzle role-playing game set in the DC Universe. It seems like the company will continue with this for its unannounced project.

Unfortunately, these are all the details we have on this unannounced free-to-play online puzzle role-playing game “based on one of the most famous licenses in the world,” from Ludia. Since the release of DC Heroes & Villains, many players have complained about the recurring bugs and issues in the game, so the expectations from this unannounced project will certainly be more. At the moment, we’re not sure as to which company Ludia has associated itself with this time for the “famous” license that it’s capitalising on, but it seems like a considerable agreement.