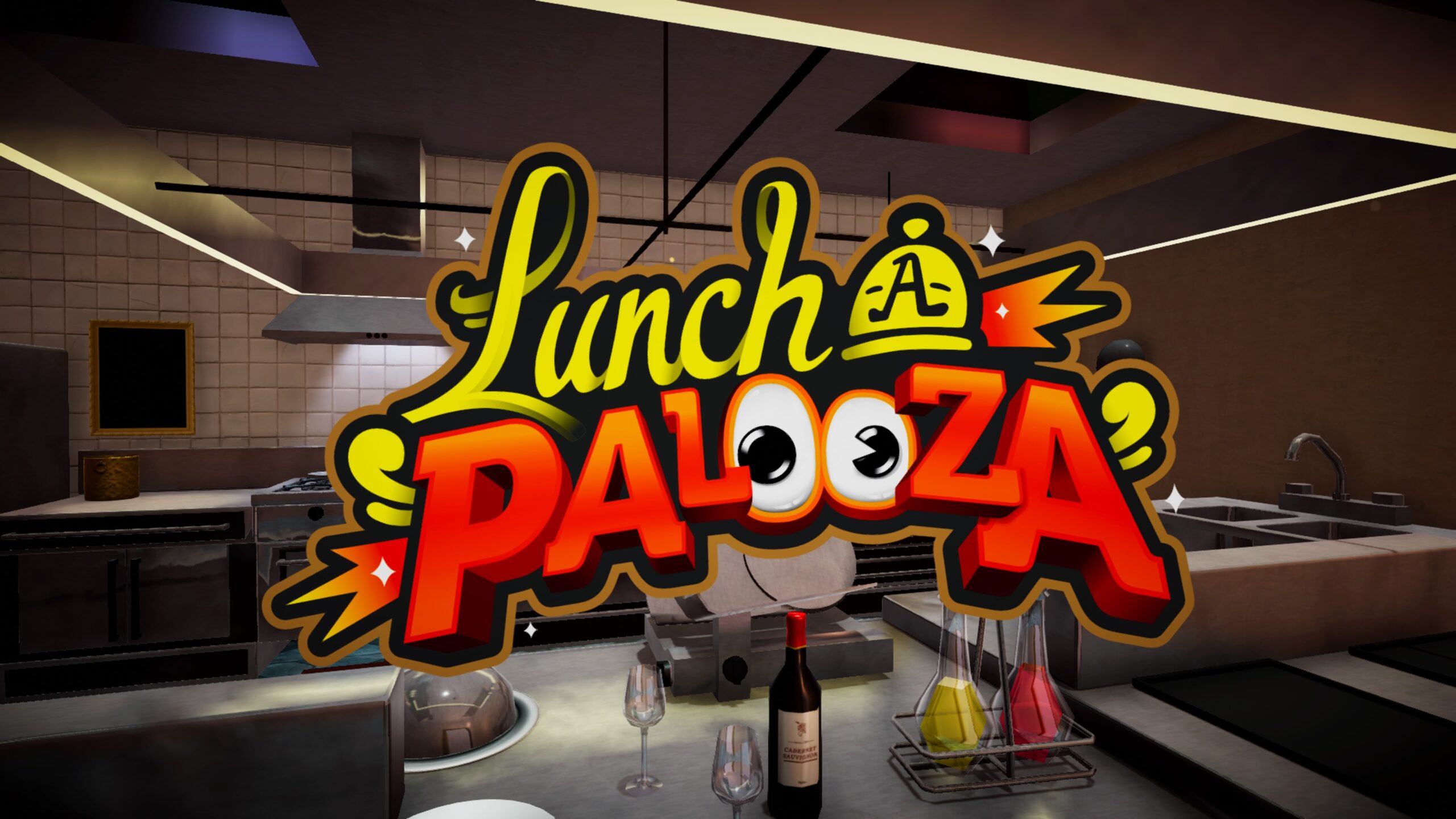 Lunch a Palooza is a crazy game where 1-4 players can fight it out as their favourite foods. It is very similar to Super Smash Bros as the goal is to be the last food standing. Players must try to knock others off a table that is inside a restaurant.

At the beginning of the game you and four of your friends get a selection of picking a food character. These characters are a burger, corn, jelly and a meat ball. Choose wisely though as each character is different.

Each of these characters has their own attacks. Choosing the burger will allow you to smash on the floor making others fly away whereas the corn spins.

I noticed however that some attacks are much more powerful than others, like the Jelly for example. In my opinion it is really overpowered firing those cubes of jelly at others. If we compare that to the meatball’s attack which launches its self at the other foods it feels very useless.

I did feel that the game was very challenging though. This is great & all but there should be a difficulty setting so you can increase/decrease the difficulty depending on your skill and time spent playing the game. I also think that some sort of a tutorial should be added so that you can understand how each character works & what are their best strategies.

In Lunch a Palooza there are three battlegrounds for you to choose from at the start. You can unlock more as you progress in the game with each map mostly designed around some sort of a restaurant or a dining table. For example, maps in the game can take place on a River ride (pictured below), an Italian restaurant or an Arcade setting.

Each map had a variety of objects to pick up and attack other foods with. These could be things like an air hockey puck to a bread roll which you can swing around. I like this as it is another way of eliminating your opponents making the game less boring.

In addition to this, some maps have dangerous items flying about which can knock you off the table. The most common one I had trouble with was the cutlery on the Italian restaurant map. Some even transformed like the ice hockey table turned into a foosball table.

This was a great feature though as it made games more interesting. It really makes you focus and keep your eyes out for more than just the food. You can unlock more maps as you play as well that increase the mayhem.

Lunch a Palooza had four delicious game modes for us to pick from. The first is main course. This is a Free-for-all type mode where you get a certain amount of lives and try to avoid falling off the table. The winner is the one who manages to stay alive the longest.

The next mode is called side dish. This mode is very similar to main course but it comes with a twist. In this mode, players can join together as a team so 2-3 teams can go head to head to try and be the last food standing.

Lunch a Palooza‘s Third mode is King of the Cloche. This is essentially king of the hill as players must stand on a dessert cloche for as long as possible. It is everyone for themselves in this mode. The winner is the one who stands on the cloche the longest.

The final mode is the Royal buffet mode. This is also a free-for-all but instead of having a limited amount of lives it saves them and continues to count them as you die. Also another thing to note is that when you come back from dying you come back as another food item. The winner is the food who has died the least amount of times.

Lunch a Palooza is a fun and chaotic game. It has a ton of unlockables to complete in order to get more characters, maps and skins for you to use in game. So it does have good re-playability but unfortunately it doesn’t tell you what you have to do in order to get it and it can become a chore to figure it out all by yourself.

There is also no online mode available at the time of the review meaning that you will have to buy or borrow someone else’s controller to play with another person.

With simple controls that only require you to press few buttons, it is probably a game made for players who are younger. That doesn’t mean you, your family and/or friends won’t have a great or fun time playing the game though.

That’s our review of Lunch a Palooza, what do you think about it? Was this a fair review? Let us know. While you’re here why not check out some of our other reviews like our Grey Skies: A War of the Worlds Story review. Thanks for reading VeryAli Gaming.

Also a huge thank you to everyone one at Seashell Studio for providing us a copy of Lunch a Palooza. You can buy Lunch a Palooza on Playstation 4, Xbox one, PC, Mac and Nintendo Switch.

Summary: Lunch A Palooza is a game for everyone! The goal is to be the last food standing! You must use special attacks and food items to dominate the opposition 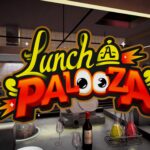