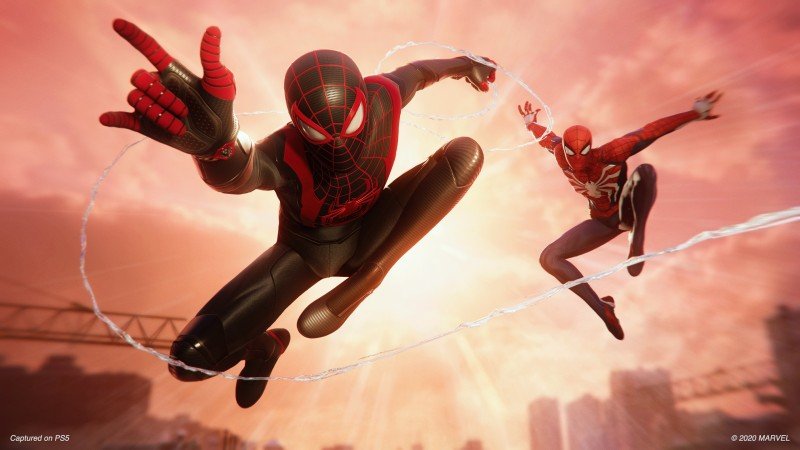 Marvel’s Spiderman: Miles Morales (Get it here), one of the marquee releases of next gen gaming, has offered another unique and exciting chapter to Spiderman fans and gamers alike to enjoy. Within this title we gained access to new powers unseen in the original title. We were treated to a new story following Miles as he adorned the Spidey suit. Plus, the game boasted much improved visuals and load times. Making this one an experience that lives long in the memory when you finally set the controller down.

Thanks to this success, it would be safe to get our hopes up regarding a second full blown installment in the series. It is likely that the team over at Insomniac are already hard at work to create a new and innovative experience that will wow fans of the webslinger all over again. However, one thing we are still in the dark about is the direction that the story will take.

Are We Getting A Spiderverse?

If you have been following the news regarding the Spiderman movie in development. You will know that it has been confirmed that Alfred Molina will reprise his role of Doc Ock in the upcoming feature. With many rumours circulating that Tobey Maguire, Andrew Garfield and Kirsten Dunst will return to the franchise as well. So it begs the question, will the upcoming Spiderman video game follow suit.

It is assumed by many players following the events of Marvel’s Spiderman: Miles Morales (Get it here), that Peter Parker may be dead. However, according to Brian Horton, the creative director behind the game series. Peter Parker’s story is ‘Far from over.’ So we are wondering, does this mean that we will be seeing multiple Spideys in the next instalment in the series.

What Can We Expect?

Admittedly, the game series has been keen to distance itself from the rehashed Spiderman stories of old. Both titles have offered brand new antagonists and told new, innovative stories that don’t use movies, tv additions or comics as a crutch. Yet we can’t help but think that this news is just too big to pass on.

Many believe that it is likely that Harry Osborn, son of Norman Osborn, is going to go against the normal narrative of traditional Spiderman lore and play the role of Venom in the next title. This is due to the medical treatment he is receiving which we discovered in the initial title. So we can expect a formidable opponent powered by the otherworldly symbiote suit.

So for that reason, we can only assume that the city of New York will require more than one friendly neighbourhood Spiderman to stop the impending doom that comes when Venom is involved. We can only hope that our hunch is right and we will see the iterations of Spiderman from past and present collaborating to restore balance to the big apple.

So that’s our take on the news regarding a Spiderverse being employed within the Marvel’s Spiderman game series. Do you think this rumour has legs? What do you think the future holds for the series? Are you excited for the next instalment when it arrives? Let us know in the comments section below. Plus, if you liked this, then check out our news regarding Black Ops Cold War . Or alternatively, why not check out what’s going on with Project Athia. Thank you for reading VeryAli Gaming.