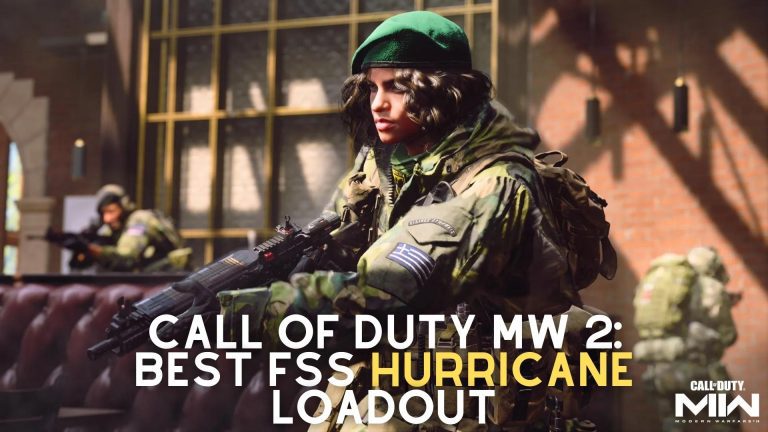 This guide will cover the best loadout for FSS Hurricane in the latest Call of Duty MW 2 with all the best perks, attachments and more.

You love getting in the face of your enemies? Then this FSS Hurricane loadout is for you. It being considered one of the best SMGs in the game.

This gun is good enough, but now we will make it perfect for you by providing you with the best loadout for this gun. Everything, including attachments, perks, and unlocking of weapons, will be discussed below, so what are you waiting for?

Let’s get into this right away. 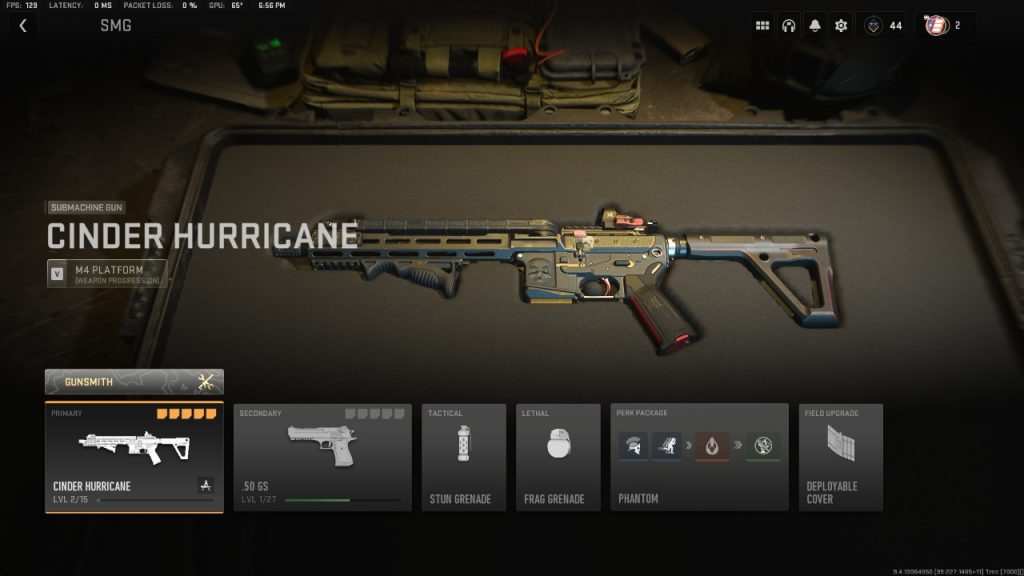 We will be covering the best attachments, perks, and everything else that is needed to make this loadout your next choice and. also, we got the vault edition so that you can see the benefits of that as well.

We have written down the most recommended attachments for FSS Hurricane that will make your gun amazingly efficient and allow it to perform flawlessly in mid or close-range situations.

If you still want to add more or other attachments to your FSS Hurricane, then worry not because you have to unlock them by increasing various weapons in Call of Duty Modern Warfare 2. You have to keep playing with different weapons; if you continue, it will unlock the attachments, and you can modify your gun.

Tune Up The Weapons

The Cod Modern Warfare has introduced an exciting feature through which you can adjust your weapons. Once you reach the maximum level of any firearm, you will get access to this stunning feature. You can improve your weapons stats and can astoundingly customize them.

Here is the list of the best perks you should check out. In our opinion, these are the best among the rest.

It’s pretty to understand it’s working, the double time boosts up your tactical sprint time, and you can use it for longer than usual. Besides this, while crouching, your mobility speed increases by 30%.

No matter how much ammo you have, you will still run out of it, so here, this perk can assist you, as, through this, you can pick up the ammo left by dead opponents. Bomb Squad is an alternative perk that protects you from the opponent’s explosives.

It can be beneficial as explosives can cause defeat, so with this perk, you can avoid them.

The primary function of this perk is to make your reloading faster. Moreover, it allows you to swap your weapons quickly and use your other equipment in less time. Its overall goal is to reduce the timing of the actions mentioned above.

As the name suggests, it makes you act like a ghost, and you become invisible; well, that’s kinda fascinating right? The opponent’s UAVs, Portable Radars, Sensors, and Heartbeat won’t be able to detect. With this stealth mode, you can walk around the map while being sneaky.

The most appropriate substitute for Ghost is the Quick Fix. On each kill, it revitalizes your health and also assists in surviving during the fights.

The final thing is to figure out the best equipment so let’s move to this.

We recommend the X12 pistol as the secondary weapon. This pistol may seem simple, but it’s pretty efficient, and you can switch to it quickly. X12 can go well along with the FSS Hurricane; use it at the already damaged opponent by FSS Hurricane to make your last shot.

Great tactical equipment that is fun to use as you can blind your enemies by throwing Flash Grenade at them. Use it before entering the buildings, rooms, and corridors so the enemy that was all prepared to attack you is blinded for some time, and you can easily take them over.

One of the lethal equipment is a sticky bomb that tends to stick to the surfaces it comes in contact with and then explodes. Semtex doesn’t bounce off and adheres to the place where to throw it, so you don’t have to keep an eye on it.

This Frag grenade is super helpful as you can clear your way conveniently. Make a throw at your target location right after pulling the pin, and it will explode within seconds. If you are sure about an enemy’s location in a room or building, you should use it before entering.

For the best FSS Hurricane Loadout, Battle Rage is a perfect choice. It is the source of the Adrenaline rush. This one has a wide range of benefits, including quick regeneration of health, Constant refreshing of the tactical sprint, and resistance of the tactical Equipment.

Go for the Dead Silence as an alternative; the significant function is that it silences your footsteps, and your enemies will not get alerted by your presence around them. Its duration refreshes whenever you kill an enemy.

You should keep in mind that most of these perks will not be available until you reach the desired maximum level to unlock them, so for the time being, you can select the Phantom Perk Package, which is the suggested one.

The good thing is that it includes Double Time and Ghost Perks so that it won’t disappoint you. Besides these, it has Cold-blooded and Battle-Hardened perks. With the former one you can go undetected by the thermal optics and AI systems of targeting.

Also, you will not appear in the Spotter Scopes, Tactical Cameras, and Recon Drones. While the latter minimizes the effects of EMP, Gas, Stun, and flash grenades.

Call of Duty Modern Warfare 2 demands that the players upgrade the level of certain weapons to get access to further attachments and weapons. To unlock FSS Hurricane, you must have level 16 on FTAC Recon.

And similarly, to get your story up on this one, you must reach the 13th level with M4.

In Call of Duty Modern Warfare 2, the Vault Edition includes all the weapons of the M4 hierarchy that are accessible from the start.

So, you can skip this part and move to the customization one.

We conclude our Guide about FSS Hurricane, its loadout, perks, attachments, and equipment. We have selected the best of everything that you may need to know before customizing your FSS Hurricane. Thumbs up if you liked our work and if it helped you.