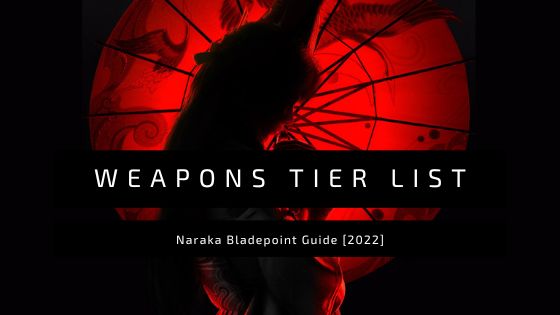 Welcome to this guide on the Naraka Bladepoint Tier List. Naraka Bladepoint is the hot new battle royale game with an actually inventive spin on the formulaic genre. This subversion of the genre is then accompanied by AAA-quality mechanics and graphics. The world of Naraka Bladepoint looks beautiful and being able to traverse it at your leisure is one of the biggest core strengths of the game.

The aesthetic of the game is quite obviously anime-inspired with a dash of Chinese-themed imagery thrown in there for extra worldbuilding flavor.

However, the biggest thing that sets this game apart from other battle royale games is the exclusion of firearms and primarily ranged combat and substituting it with close-quarters melee combat with weapons ranging from spears to daggers.

In this particular guide, we will be talking about Naraka Bladepoint Weapon Tier List, in particular, best weapons with a primary focus on elaborating on the higher tiers and simply listing the low tiers. 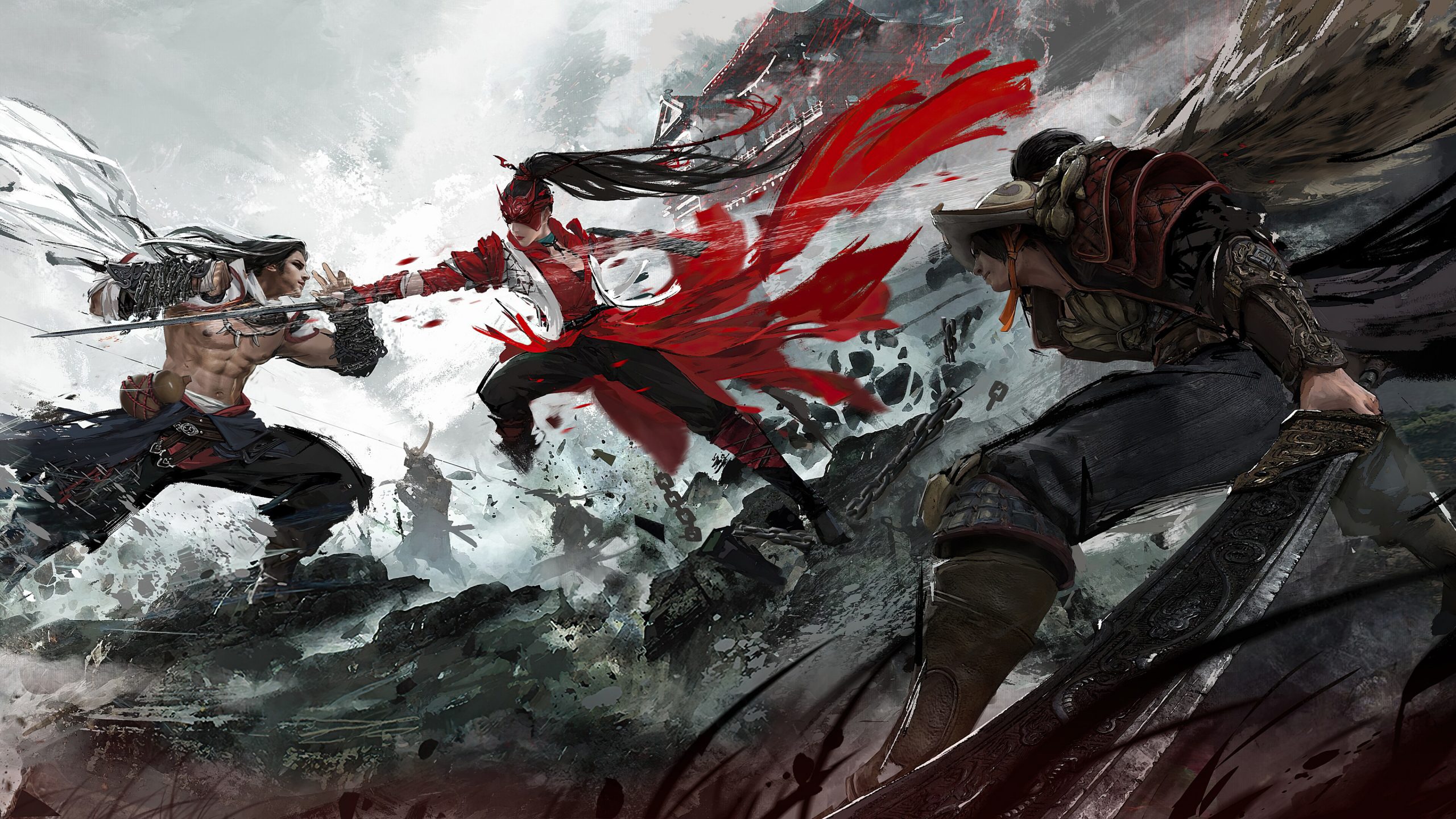 The tiers in this list range from S-Tier to C-Tier. We will provide a description of the weapon and why it made which tier. So without further ado the Naraka Bladepoint Tier List for Weapons in the game. 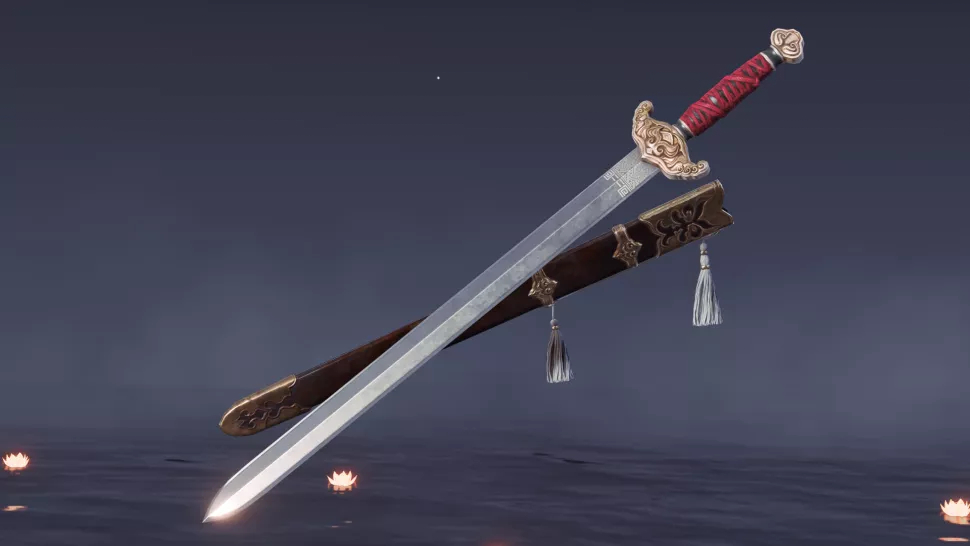 The Longsword is the perfect blend of range, speed, and power. The sword’s charged attack can be used as an excellent gap closer in a fight while also knocking down the opponent. This can help set you up for combos that are quite decent with the Longsword.

Overall it can be considered the most cookie-cutter basic weapon but what lands it this S Tier spot in the Naraka Bladepoint Tier List is the annoyingly spammable dodge attack with close to no way to counter this attack. 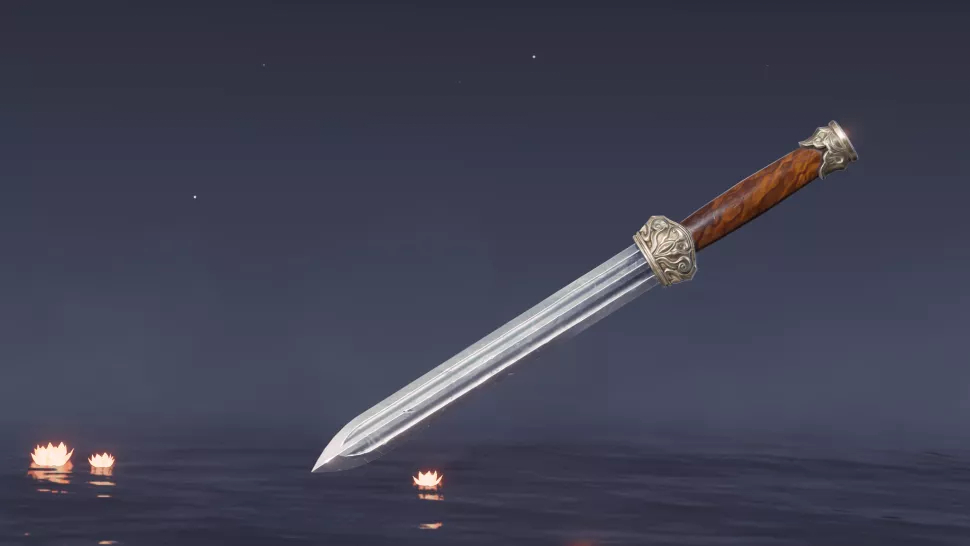 The Dagger, a personal favorite of ours from many different games always finds itself in the higher tiers of these weapon lists. It appears Naraka Bladepoint is no different from the Dager being overpowered due to its dash alongside the skill expression it allows its wielders. Although it has been nerfed in recent times the Dagger still stands out among the crowd and shines. 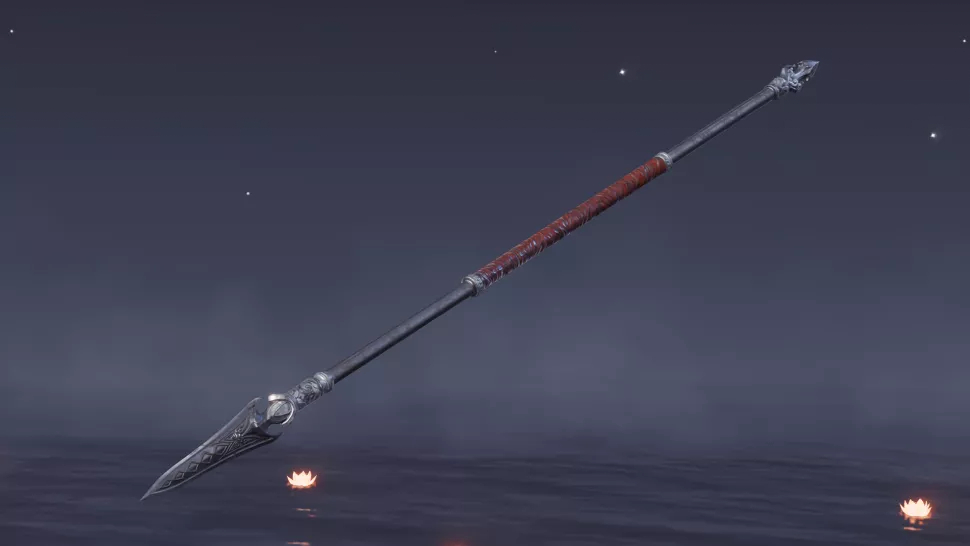 Looking at our previous entries the spear can be considered a downgrade but not by a significant enough margin to drop it down into the A Tier. The Spear is fast and deadly like a snake in the grass, unpredictable and deadly.

Its recent buffs have brought it close to competing with the Dagger and Longsword and in terms of combos if you can master the Dragonslayer + Nezha combo then you will be a force to be reckoned with on the battlefield. 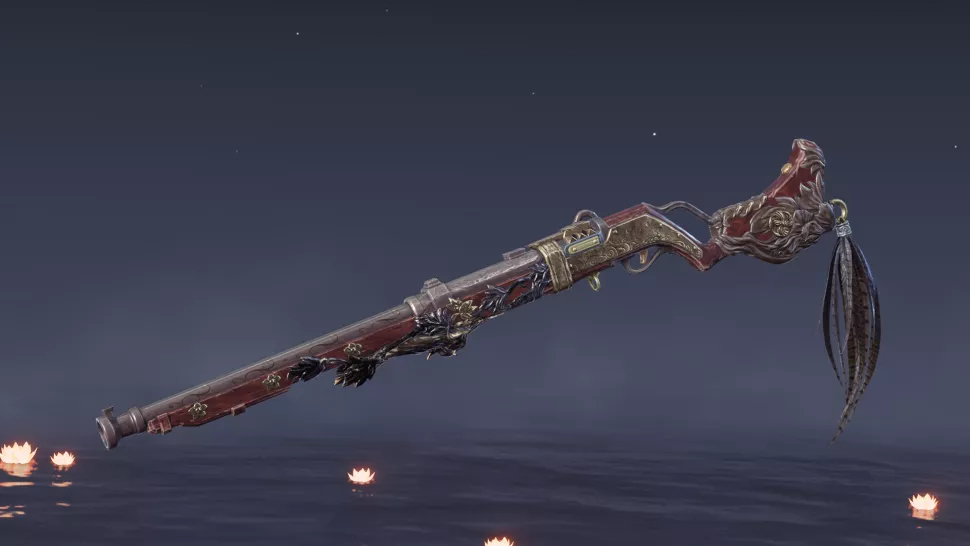 The Musket is an interesting choice to even be seen in a game such as Naraka Bladepoint which focuses more on a melee style of combat and encourages it above all others alongside the indane mobility given to the player.

Regardless, the Musket is very viable if you can land a few good shots onto anyone. This deals less damage than other weapons like the Bow but makes up for it with increased range. If you are patient enough to land a few extra shots then this may be the weapon for you. 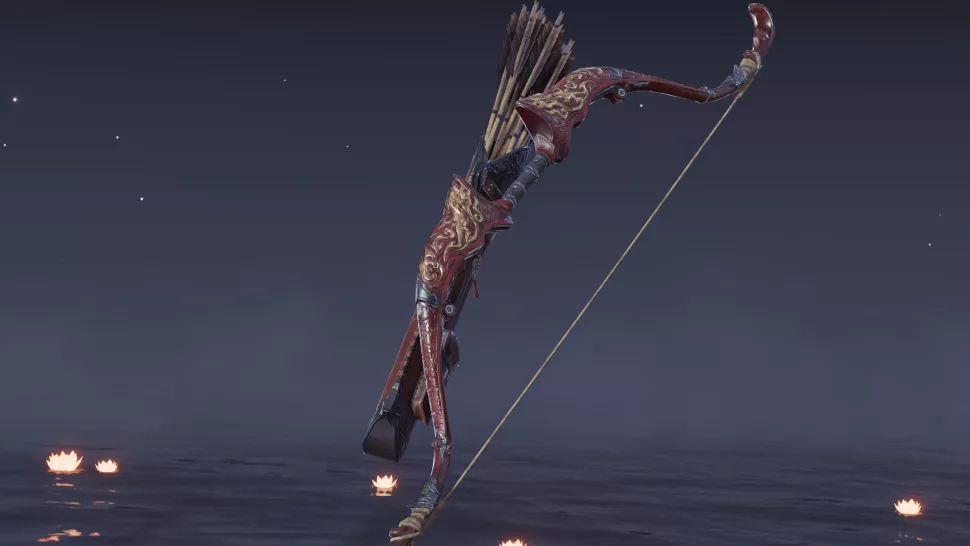 The Bow is an S Tier weapon for the same reason as the Musket. A ranged weapon in a game such as Naraka Bladepoint is a very big advantage. If you know how to use the Bow effectively then no one can be your equal in combat.

The best way to use the Bow is to try to land charged shots when you can or fight someone melee and if they try to run away with low health you snipe them with a charged shot. This reason is why we included this weapon in the Naraka Bladepoint Tier List. 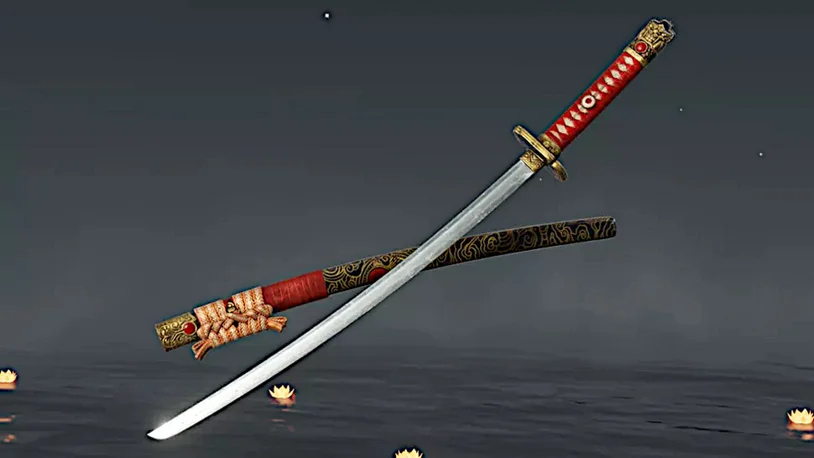 At first glance there seems to be nothing different about the Katana and Longsword so why is the Katana ranked lower? Simple maths.

The Katana has a faster speed of attack but it lacks the power of the Longsword while also not having as potent stagger abilities and a smaller range. Hence why it was not included in the S Tier but it is still a viable enough weapon that it is ranked in the A Tier. 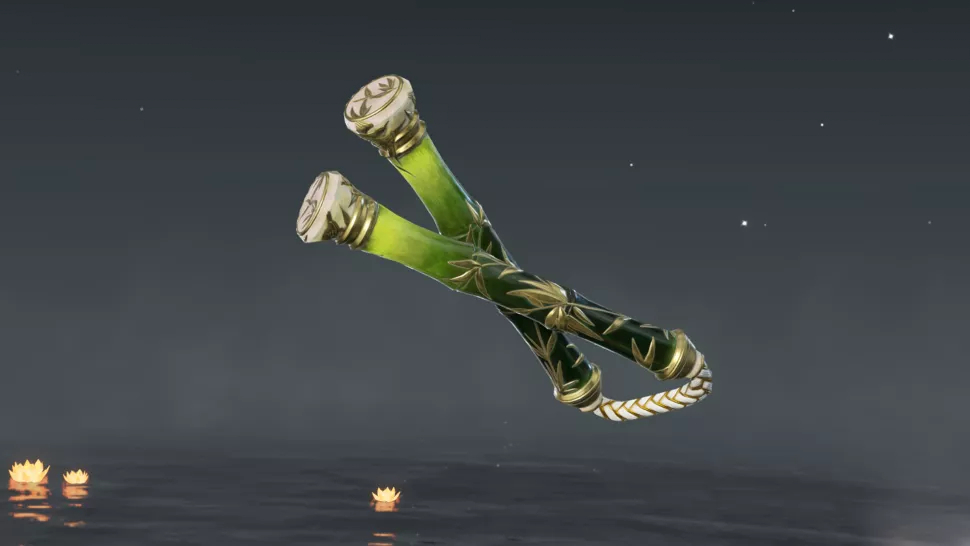 Now, these are a true test of skill turned into a weapon. The Nunchucks are similar to the dagger in terms of speed and deadly combos it can unleash.

The main issue with wielding the Nunchucks is the amount of skill required to actually utilize them fully in any battle scenario. They require near-perfect countering abilities to actually unleash their full potential as a weapon and that’s not something every player can do very easily, hence they are in the A Tier of the Naraka Bladepoint Weapon Tier List. 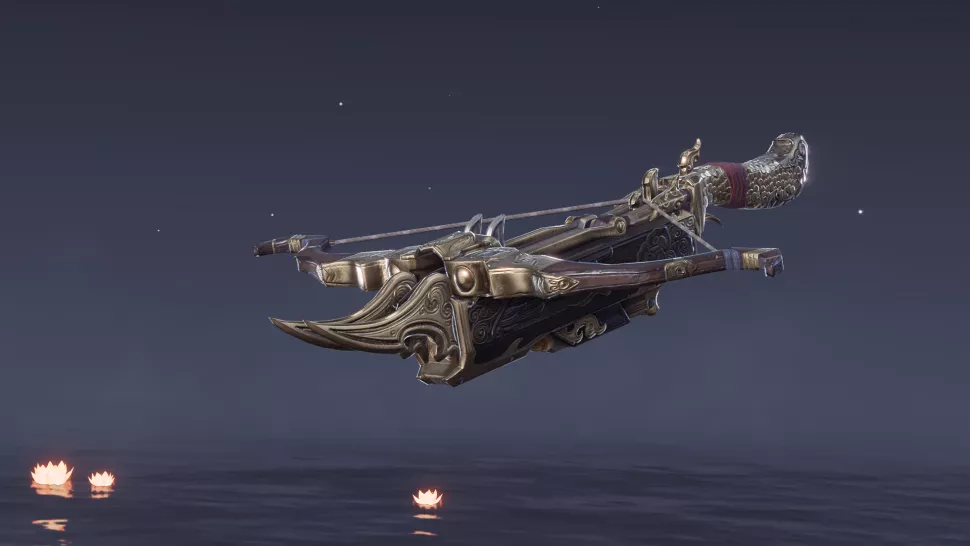 The Crossbow is a good weapon, but only under certain conditions that are both relative to the player and the situation they are presented.

A burst of arrows is the specialty of the repeating crossbow but that isn’t always the best course of action to pursue in a fight. Unless you are very good at tracking moving enemies with high mobility or you aren’t in a close range to them then you are better off using the S Tier ranged weapons of melee weapons. 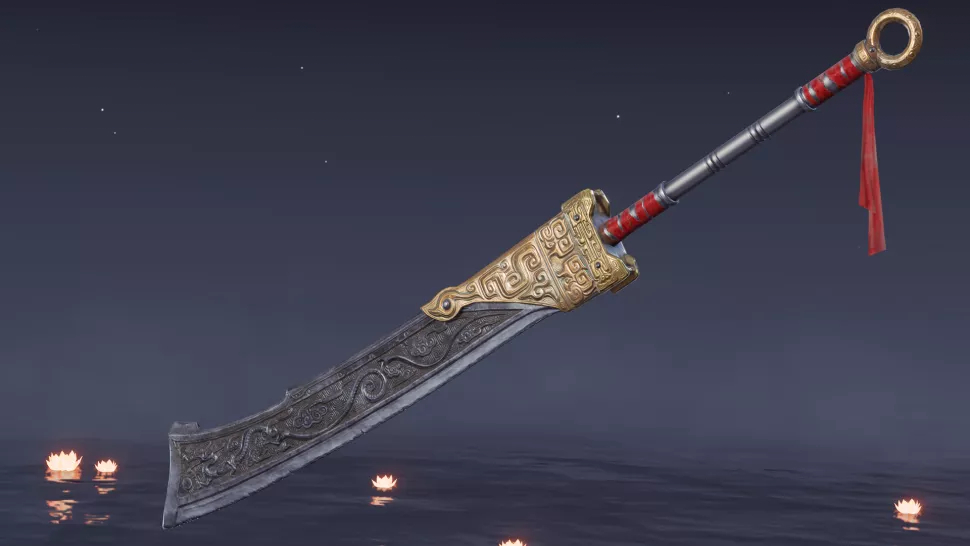 The everpresent Greatsword. It’s a staple in almost every game with melee weapons and rightfully so in our opinion. In Naraka Bladepoint the Greatsword is a unique weapon that allows you to play more aggressively as you are immune to knockbacks from weapon clashes and have a devastating combo if the enemy gets caught out.

The big weakness, as usual with Greatswords, is the slow attack speed which cripples you in most fights if you are against an agile speed-based fighter. The same applies to veteran players who can easily read your movements and dodge your slow attacks. That is why the Greatsword is placed in the B Tier among Best Naraka Blade Point Weapon. 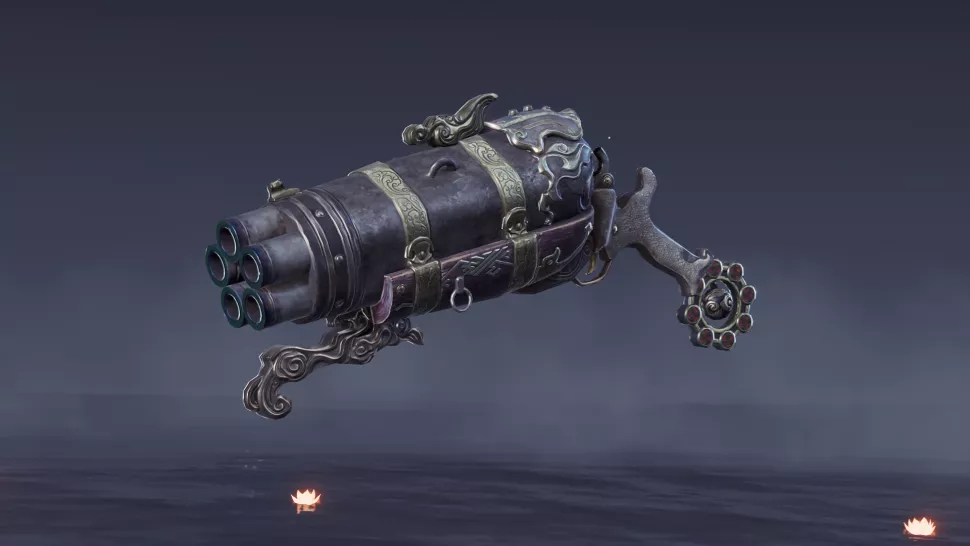 The Pistol is a useful weapon in certain situations where the enemy is in close range but otherwise, you are better off using your melee weapon. The reload time on the Pistol is far too long to be viable in real battle situations and the accuracy is definitely nothing to write home about while moving and fighting. Hence it is placed in the B Tier. 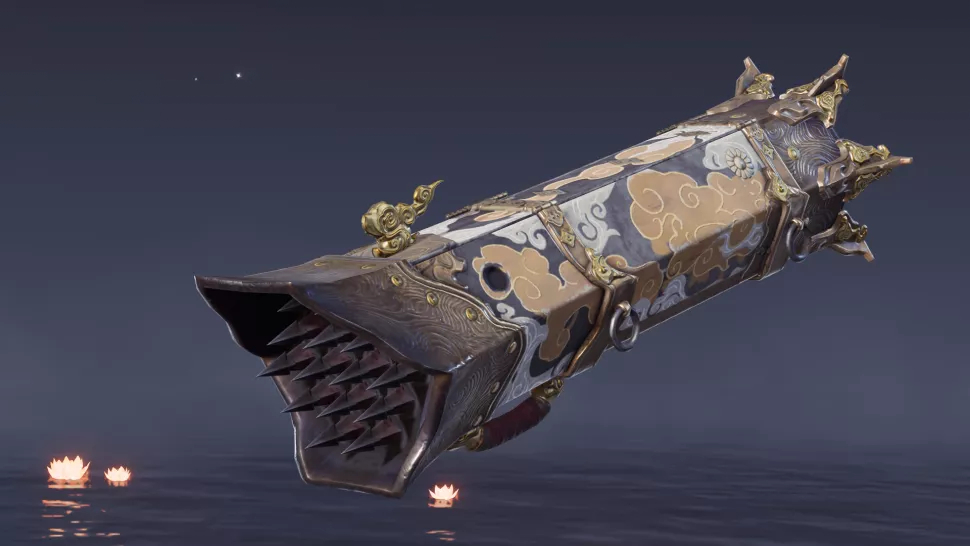 The Swarm is exactly like the pistol except different in nature. You can think of this weapon as a Missle Launcher but the recharge timer is something that we adamantly hate. Also if the enemies see you coming or know even the general area of your location then they can avoid the attack like it doesn’t even bother them.

Don’t get us wrong, when the Swarm is used at the right time you can kill hordes of players but that time comes so few and far in between that it really isn’t worth it. That is why we would rank this weapon in the B Tier just because it does present the rare opportunity to get multiple kills in one fell swoop. 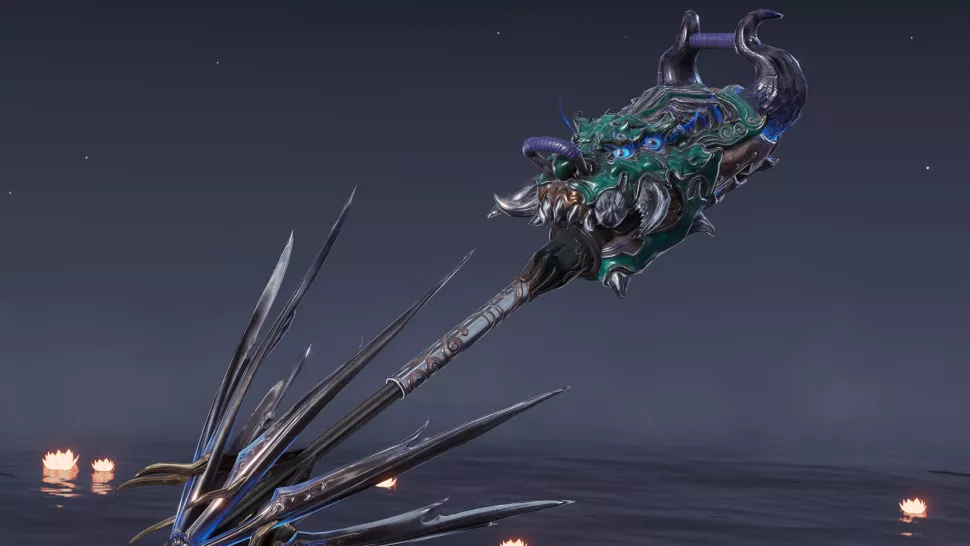 Where do we even begin with this mess of a weapon? The design is quite enticing and it looks like something out of a torture chamber but boy does it fall short of expectations.

The first thing to note is the incredibly slow speed at which the Bloodripper charges up its attack. The most linear and predictable form of attack that you can’t even reliably use as a gap closer. Secondly, there are no combos that can be performed with this weapon which makes it drop down even further.

The only way to use this weapon viably is to hope your enemy is either AFK or you have to use rat strategies to get the charge attack on them which will most definitely bring them to the brink of death. 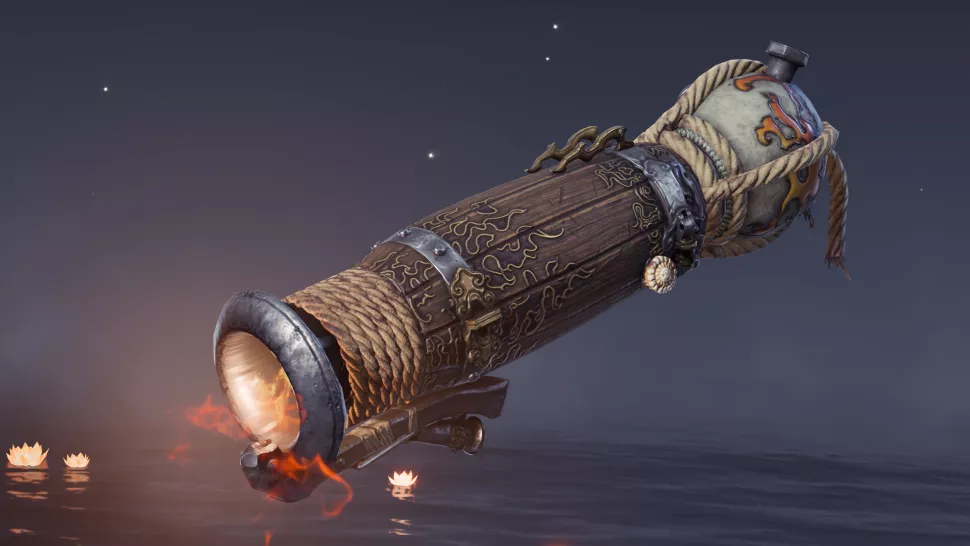 An interesting weapon to say the least. It is a hybrid melee and ranged weapon with each end acting as its respective form of attack. This is a lousy weapon, to say the least. The Flame bringer tries to be the best of both worlds but ends up being nothing more than a combination of the weakness of each type of weapon. 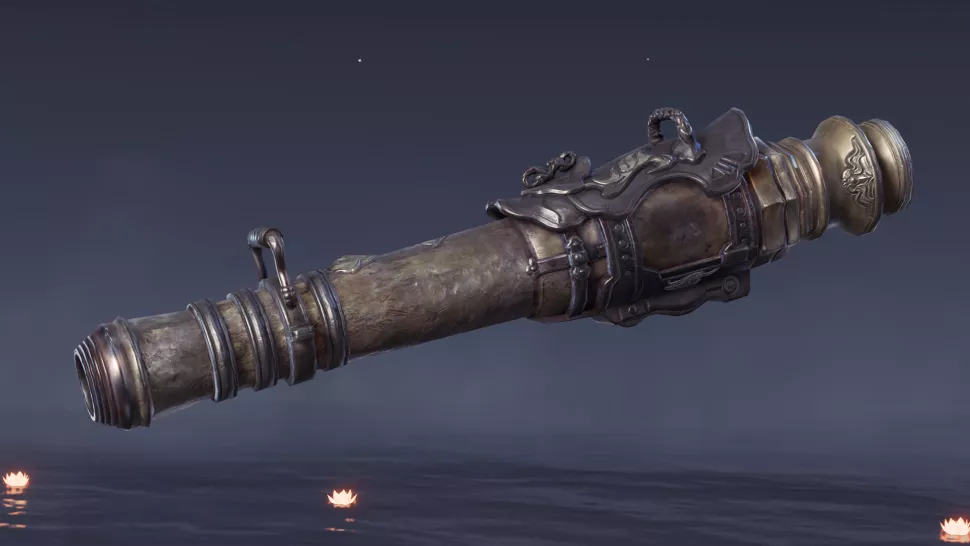 Oh, Cannon, you had so much potential but it turns out you were just a terrible weapon in both design and execution.

The Cannon is probably the most non-versatile weapon you could even think about using in all of Naraka Bladepoint. There is no point in the game where you would prefer the Cannon over any other weapon simply due to its short-range, long charge time, and less than average damage.

Definitely, a missed opportunity to make a cool weapon but in its current state, we struggled to even put it on this Naraka Bladepoint Weapon Tier List.