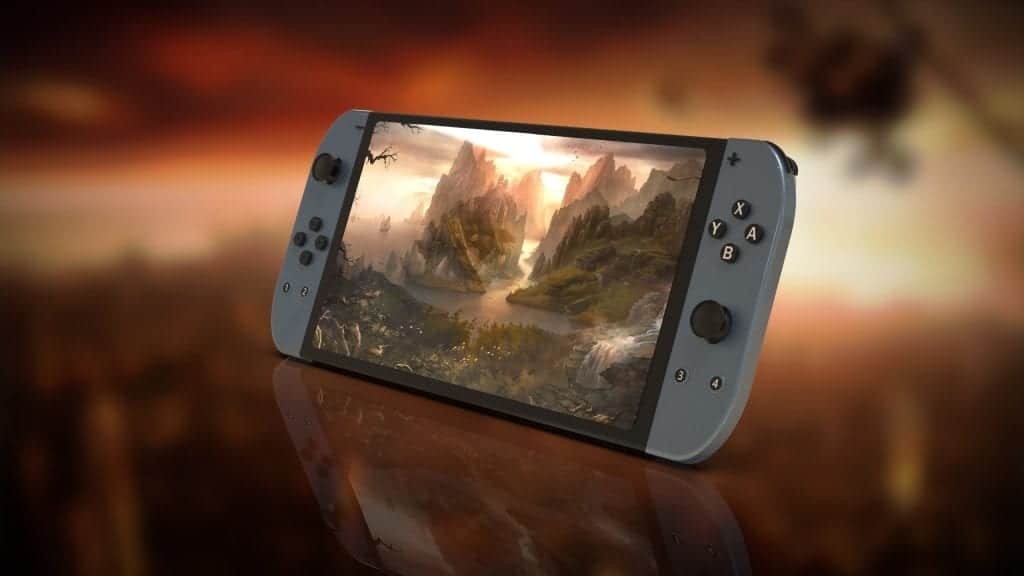 Nintendo is set to announce the long-rumored Nintendo Switch Pro – if that is even what it will be named. The new iteration of the Nintendo Switch will feature 4K resolution on a 7-inch Samsung OLED screen.

The rumors circulating around the Nintendo Switch Pro have been circulating for some time now, with the most recent one stating that the new model will provide support for NVIDIA’s DLSS upscaling tech alongside 4K resolution functionality in docked mode.

This rumor is supported by some job listings from NVIDIA that suggest that Nintendo is aiming to include support for the upscaling technology that NVIDIA provides.

Despite Nintendo going on the record to say that they have no plans to announce a new version of the Nintendo Switch “anytime soon” Bloomberg tech journalist Takashi Mochizuki has reported that there are plans to announce the rumored Nintendo Switch later on this year. As mentioned in the report from Bloomberg, the new Switch model will be equipped with a larger 7-inch screen OLED Samsung screen – which will be entering mass production as early as June.

The new Nintendo Switch model will allow for 4K resolution whilst in docked mode – whether this will be achieved through NVIDIA‘s is not made clear.

“The latest model will also come with 4K ultra-high-definition graphics when paired with TVs, they said. That could intensify a longstanding complaint of developers, who have struggled with the difference in resolution between handheld and TV modes and now face a bigger gap between the two.”

This is a major jump in resolution, considering the current Nintendo Switch packs a 6.2-inch 720p display with support of up to 1080p when playing in TV mode.

An updated version of the 5-year-old hardware would make sense in this current climate. With the rise of the Playstation 5 and Xbox Series X|S, Nintendo will need to up their game in the resolution department.

What do you guys think about the specs on the new Nintendo Switch Pro? Let us know in the comments.

If you enjoy what you see, take a look at our latest review: Kill It With Fire. Alternaitavley, check out Pokémon Go Tour: Kanto Bonus Details.