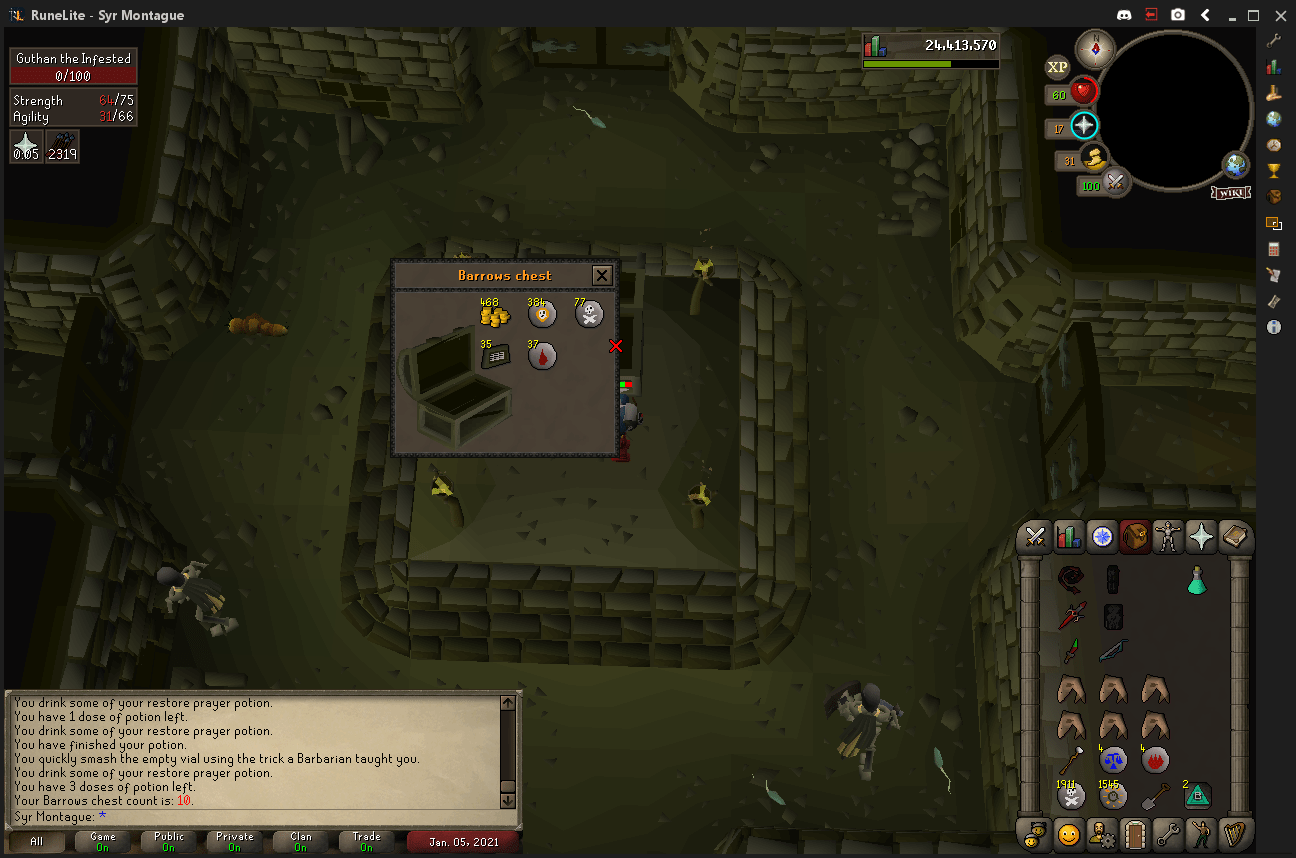 Old School RuneScape (OSRS) has always been rooted in the community. The OSRS community is the reason the game even exists in the first place. It’s no surprise that on the 21st of January, when the Jagex team announced there were going to be changes to equipment, the community voiced their concern on these changes. Let’s dive in and see what the hubbub is all about with the Old School RuneScape balance changes.

In the above linked article, Jagex noted a fair bit of weapon and armor adjustments. These included changes in required levels and stats. The weapons hit by the level requirements change are as follows: Ghrazi Rapier, Blade of Saeldor, Inquisitor’s Mace, Trident of the Swamp, Sanguinesti Staff, Kodai Wand, Nightmare Staff (base and with orb), Dragon Hunter Crossbow, Dragon Hunter Lance, and Scythe of Vitur.

In terms of stats, the Neitzinot Faceguard is slated to have its strength bonus lowered from 6 to 5. The Twisted Bow’s prayer bonus of 4 is to be removed (ranged attack and strength unchanged). Black Dragonhide armor is to have its defenses slashed across the board. The magic defense of Dhin’s Bulwark is planned to become negative instead of 0, and its melee defenses also lowered. Finally, the Toxic Blowpipe is getting hit hard, halving its ranged attack value (what determines accuracy in OSRS) and getting -15 to ranged strength (damage).

The other proposed changes were buffs, and not the main focus of the community backlash. Threads upon threads were posted about how the stat changes were moving in the wrong direction. Notably, the nerfs to Dhin’s Bulwark and Toxic Blowpipe were some that were getting particular disdain. Dhin’s Bulwark is a two-handed shield, so many players were adamant that it should have excellent defense all across the board. Players were also concerned that the Toxic Blowpipe would become obsolete and other ranged options at lower levels would surpass it.

Jagex saw the community’s displeasure with the proposed changes and released another post.

Just yesterday, Jagex released a new statement about how they took in the feedback and are proceeding from there. Today, the 27th of January, beta worlds are available in OSRS to test changes. The items currently available for testing in these beta worlds are Black Dragonhide, Crystal Armor, and Toxic Blowpipe. Black Dragonhide and Toxic Blowpipe changes are among some of the most touchy Old School RuneScape balance changes, so this will be the perfect testing grounds for players to see the nerfs in action. There are even special allowances in these worlds to let players get right to testing the changed gear.

Is there an item you thought would get nerfed but didn’t? Any new strategies for taking on endgame content? Let us know! If you enjoyed this article, check out some of our others: Apex Legends Season 8 Gameplay Trailer Released or Monster Hunter: Rise Special Edition Nintendo Switch Announced.