In this article, we will guide you on the nuances of the Battle System in One Piece Odyssey! 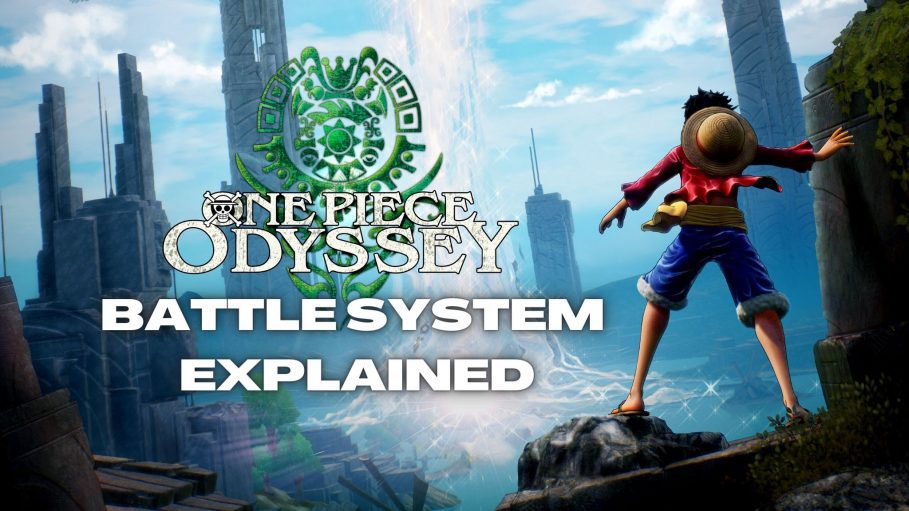 Luffy standing at a cliff

Want to learn how all the multiple turn–based controls of the One Piece Odyssey battle system work? Read this article to figure it out!

The game features a unique battle system that combines elements of turn–based and real–time combat. Unfortunately, the creators haven’t done a good job explaining it.

Players control a team of characters from the One Piece universe, including main protagonist Monkey D. Luffy and his crew, the Straw Hat Pirates. Players can choose to control one character directly or issue commands to the rest of the team.

Additionally, One Piece Odyssey refers to its fight scenes as Encounters. They start as you encounter roaming enemies around the map of the game. Every time you start an encounter, it won’t always be the same. Some enemies can be stronger than your characters.

The experience will only become more difficult the deeper you go into it. You can strategically plan each of your actions thanks to the turn-based system, maximizing your damage and learning to easily defeat your opponents.

This calls for a bit more planning than open combat. You need to plan where you can swing your attacks and utilize your skills freely without pausing.

Actions of the Battle System

Interestingly, One Piece Odyssey’s battle system can be split into two phases as follows:

Additionally, you have three options for what you can do when it’s your turn:

You can see how many turns you have left and when you may perform again in the upper right corner of your screen. Each character for both you and the enemy may take one turn every round.

Additionally, there are a few tips on the strategy that you might want to choose for your gameplay:

Compellingly, in One Piece Odyssey’s battle system, the characters’ vulnerabilities and resistances are arranged in a certain way. Particular character battle types will be at an edge or disadvantage when teamed up against others. Mainly there are 3 types that you can use in your combat/battles:

These types/characteristics are shared by your team and the enemies you’ll be facing. Thus certain characters will be more successful against particular enemies. Intriguingly, they behave in the following manner:

Additionally, you have the option of selecting which character will carry out your chosen action in each turn. Using characters strategically will increase the damage you give to your enemies. Utilize the character’s talent as effectively as possible!

Moreover, the standard 1v1 is not the only battle type in the game. There are a number of other battle sequences you can engage in that have more complex rules explained below!

These battles take place when you are up against several enemies who are up against each of your characters individually. It can be more challenging but here are ways to use the battle system rules to your advantage and defeat them:

These battles happen when a cutscene suddenly gets transferred into a fight. The game literally tells you what to do at this point! Storyline Cinematic Battles are arbitrary sequences that require a certain set of requirements to be satisfied in order to proceed.

You will receive more EXP at the conclusion of the battle if you are successful in fulfilling these requirements. These prerequisites might include:

How To Use The Auto-Battle System

When a battle begins, you’ll have the 3 actions for each of your characters by default. But we have discussed that already. Did you know that you can also switch between modes and let the game take the combat burden for you? Let’s see what all that is about!

Additional Features Regarding The Battle System

Moreover, there are many other things that can be discussed about the battle system. These are things that you can use to your advantage while in combat. Read them below!

Overall, the battle system in One Piece Odyssey is a unique and exciting blend of turn–based and real–time combat. The use of Devil Fruits and the Crew Link system adds depth and strategy to the game, making it an enjoyable experience for fans of the One Piece franchise and RPG fans alike!

Additionally, the game also features boss battles against powerful enemies such as the Crocodile These battles are more challenging and require the player to use better strategies.

Successfully defeating your enemies can have plenty of benefits for you. The battle system in One Piece Odyssey also has rewards for the player. You are rewarded with the following:

Moreover, you will get greater amounts of EXP and Money if a cutscene was involved (cinematic battle). Even better, you might be able to find gears and other stuff to equip your characters with so they can benefit from buffs, outfits, and benefits!

In conclusion, One Piece Odyssey offers a unique and engaging battle system that combines elements of turn-based and real–time combat. The Battle System adds an extra layer of excitement to the gameplay.

Ultimately, that is all we have to say about the battle system in One Piece Odyssey! If you just stumbled upon us and liked reading the article, kindly click the “like” button. Follow and share us with your friends. Join our community to receive more of our gameplay-related guides and infomediary. Carry on gaming!

One Piece Odyssey is purchasable on the Xbox Series X/S, Windows, PlayStation 4, and PlayStation 5. Click here to buy the game.