In this article, we will explain what Luffy's gears are and whether or not he gets Gear 5 in One Piece Odyssey! 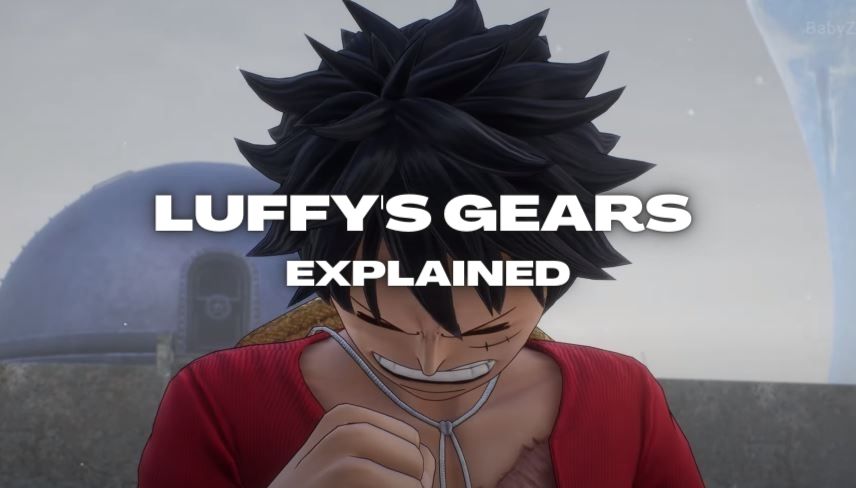 One Piece Odyssey Luffy getting angered

Luffy is the main playable character in the fan–made game One Piece Odyssey. He ate the Devil fruit “Gomu Gomu no” which transformed his body into rubber. Now, he has access to a range of unique gears as a result of many years of training.

These gears are inspired by his powers and abilities in the original manga and anime series. In the game One Piece Odyssey, Luffy already has most of those gears, and Gear 4 is the one that got featured in the gameplay trailer!

Luffy’s Gears In One Piece

Luffy’s rubber body is his actual power and can be considered Gear 1. His powers result in allowing him to stretch and bend his body in a number of ways. This talent is known as the Gear 2. It is a method that allows him to enhance blood flow to his muscles, allowing him to move faster and with more strength.

Gear 3 allows him to blow into his thumb and inflate his bones to make them bigger and stronger in size. This maximizes the strength-related damage to the opponent. Many people get confused between Gear 3 and Gear as they are quite alike. But we will clear that up!

Moreover, Luffy also wields Gear 4, a formidable technique that allows him to alter his body into a huge, armored form. Unlike Gear 3, Gear 4 allows Luffy to blow and inflate his muscles to make them big. Additionally, this form increases his strength and durability, as well as his capacity to fire tremendous attacks.

Lastly, Gear 4 can also be categorized into 3 forms named below:

Additionally, Luffy also has access to Haki in the game, One Piece Odyssey. Haki is a power that everyone in the One Piece universe possesses but only a few completely master. You can combine Haki with gears to create new attacks!

There are three forms of Haki:

Additionally, Luffy also has access to a range of weapons and equipment that he may utilize in battle, including swords and shields, in addition to these powers. You can obtain these things through looting, crafting, or buying them from NPC vendors.

Does Luffy Use Gear 5 In Odyssey?

Interestingly, Gear 5 allows him to expand his powers and allows Luffy to convert any object he touches into rubber. Yes! we know it sounds kind of over–dramatic, but hey! its manga.

Unfortunately, Luffy’s Gear 4 technique is his most advanced form in the game One Piece Odyssey. But you shouldn’t blame the developers for not including it in the game. Gear 5 also isn’t in the anime yet!

Ultimately, who knows what they are going to add in a future DLC? Could it be Gear 5? Only time will tell!

We are always waiting for games to come out with every feature in the storyline. But we have to remember that games can take a lot of time during development. They cannot include something in the game which wasn’t even written at the time of production.

In conclusion, Luffy’s skills and abilities from the original manga and anime series served as the basis for his powers in One Piece Odyssey. He has access to many special gears, ranging from 1 to Gear 4. But unfortunately, it is not yet available in One Piece Odyssey!

Be sure to follow us if you liked reading about Luffy’s gears in One Piece Odyssey and want to read more. Share our website with your friends, so they can stay up to date on all the new games that are released every day. Stay tuned for the next guide!

Talking about games that came out recently. Check out our article on how to make money in NFS UNBOUND!

You can buy One Piece Odyssey for PlayStation 4, PlayStation 5, Windows and Xbox Series X/S. Click on this link here to buy the game!