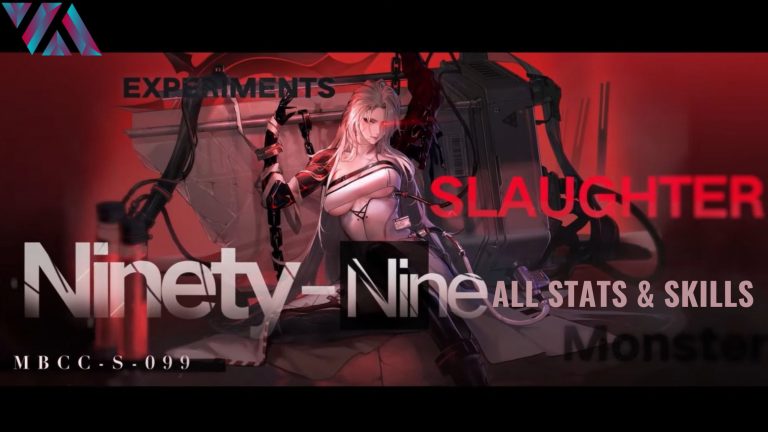 Path to Nowhere has a lot of Sinners in the pool and Ninety-Nine is one of them. It is an A-tier sinner. When Path to Nowhere Ninety-Nine receives severe damage, instead of dying, this character gains invincibility for 6 to 10 seconds.

The properties of Ninety-Nine character are:

The Ninety-Nine is a bit like a berserker where she exchanges the loss of her health for the bonus damage and speed during her special attack. She will lose health and gain bonus attacks while having staggering damage taken during that time.

She will need a healer to keep her alive so be mindful of that. Moreover, her job type is fury which means she can directly fight with monsters and deal damage which includes mainly physical attacks.

Like every other, A tier sinner Ninety-Nine has also extraordinary skills which will help you gain an extra attack bonus, dealing with larger attack damages at the expense of less hp loss.

A furious attack is a very basic ninety-nine attack that she undergoes by swinging her sword and dealing 108 percent of the attack damage each time. Using the Skill Up feature and Discoins upgrade the damage up to the following percentages.

Using half of your current hp of that gameplay you can open incinerate mode for Ninety-Nine. She gains 20 percent of the attack bonus for straight 13 seconds. She can resist all the damage to her for 5 seconds. But she will not be able to automatically recover her energy.

Incinerate is an ultimate skill and consumes 25 Energy. An Attack Bonus of 20 percent can be increased using the level-up feature and dis-coins.

This 2.5% attack bonus per 10% hp can be leveled up using the skill up feature up to the following ratings:

Using this skill Ninety-Nine can give 4 percent of increased damage while fighting the same enemy up to 5 stacks. This bonus-increase damage can be further leveled up using dis-coins.

Throughout your journey in the game, you can also unlock shackles which will help you to boost your character’s abilities and performance and will help you play better. Therefore, the following are the shackles that you can unlock for Ninety-Nine.

The mechanics of Path to nowhere are not arduous to understand. The entire map is made up of squares and each square will have enemies and a sinner. The primary goal of enemies is to spawn from the left and deceive the ninety-nine character and move to the right.

Squares are marked with crosses just like the game symbol of Path to Nowhere. These crosses are the marked places from where enemies spawn into the square. Unfortunately, developers have not allowed the sinner character to move. Whereas enemies can move freely and easily deceive you.

Moreover, Ninety-Nine character is only allowed to move in blocks. That’s why you have to devise a strategy to avoid escaping the enemy. Otherwise, you will lose your sanity mainly called SAN in the game.

Moreover, you can easily kill them but to kill the boss you have to stay near the healing block so you can heal and simultaneously attack the enemies. Thereafter, you will be able to pass trial suspect pursuit.

Ninety-Nine has a lot of special abilities and perks which you can also upgrade to multiple ratings and increase the attack damage etc. Moreover, Ninety-Nine can attack monsters directly because of its extraordinary powers.

This article covers all the stats, skills, and shackles which Ninety-Nine has.