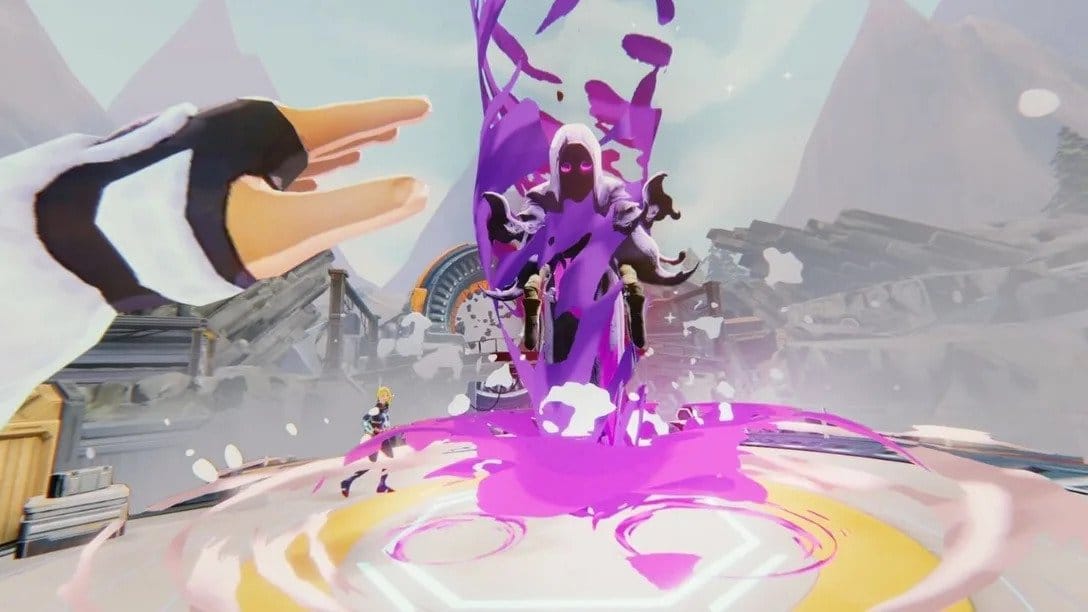 This is the first PS VR Spotlight since September last year. Beginning at 7am Pacific Time, Sony announced a new title every half hour. Read on for the full list of all six games.

First up is Bethesda‘s Doom 3: VR Edition for PS4 (also compatible with PS5), launching on March 29. It includes not only the base game but the expansions as well, Resurrection of Evil and The Lost Missions. All of them have been updated especially for VR.

The updates include the ability to peek around corners, motion-controlled weapons, 180-degree quick turns, and a wrist-mounted display for tracking stats like health, armor, and ammo.

Next we have a brand new title from 17-Bit, Song in the Smoke. It’s a survival game in which players must forage for supplies and defend themselves from monsters in order to make it through the night.

Here is a blurb from the developer:

The sun is setting, and the dense trees are casting long shadows across the forest. My fire is fading, too, its light flickering in the gloom. From the bushes, I hear a growl, low, and hungry.

I have one question. How do I survive the night?

Song in the Smoke launches some time in 2021.

The third game in the PS VR Spotlight is another newcomer: Fracked, an action-adventure from developer nDreams, made especially for PS VR.

In this action-packed title, you find yourself in a mountain fracking facility where you must ski, run, climb, jump, zipline, and, of course, shoot your way through hordes of “interdimensional maniacs” in order to save the world.

Creative Director Steve Watts promises that there will be no on-rails gameplay or cinematics, just pure 1:1, fast-paced action when Fracked launches this summer.

It is, as you might expect, a spy game. Your employer, known simply as the Agency, is sending you deep undercover to stop a plot for world domination by the evil organization Zoraxis.

“Take advantage of your telekinetic abilities in all-new environments and surroundings. Expose the diabolical plot and learn even more about Zoraxis. Risk your life for the greater good; because, remember: we expect you to die,” reads a description for the game.

I Expect You to Die 2 will launch later this year.

In this expansive title, you will visit an array of locales, from lush forest, to crystal-clear waters, to the futuristic city of Zenith, all presented via gorgeous, handcrafted visuals and a world rich in lore.

There is currently no release window or trailer for Zenith, but readers can still marvel at the game’s visuals in some stunning screenshots below.

The last title in today’s PS VR Spotlight, After the Fall, comes from Vertigo Games, the creators of Arizona Sunshine.

In this post-apocalyptic game, you and three teammates must take on the snowbreed, undead creatures that roam the frozen wastes of an alternate 1980s LA.

You will have the choice using either dual PS Move or a single PS VR Aim controller for full VR motion: “After the Fall will make you feel like your favorite, slightly overpowered 1980s action hero as you engage in the game’s high-paced combat with real-life movements,” writes TamTu Bui, Community Manager at Vertigo.

The game will support cross-platform multiplayer gaming. Vertigo has also promised to release a gameplay trailer soon to supplement the cinematic trailer, which you can watch below.

That’s it for today’s PS VR Spotlight announcements! This should tide all you VR fans over for a while.

Are you excited for these new PS VR titles? Which one are you looking forward to the most? Let us know in the comments below! And while you’re here, why not check out some of our other recent articles, such as our review of Maquette for PS5, or The Studio that Formerly Developed Vampire: The Masquerade Bloodlines 2 is Hit With Lay-offs. You can also get even more content on our YouTube channel. Thanks for reading VeryAli!