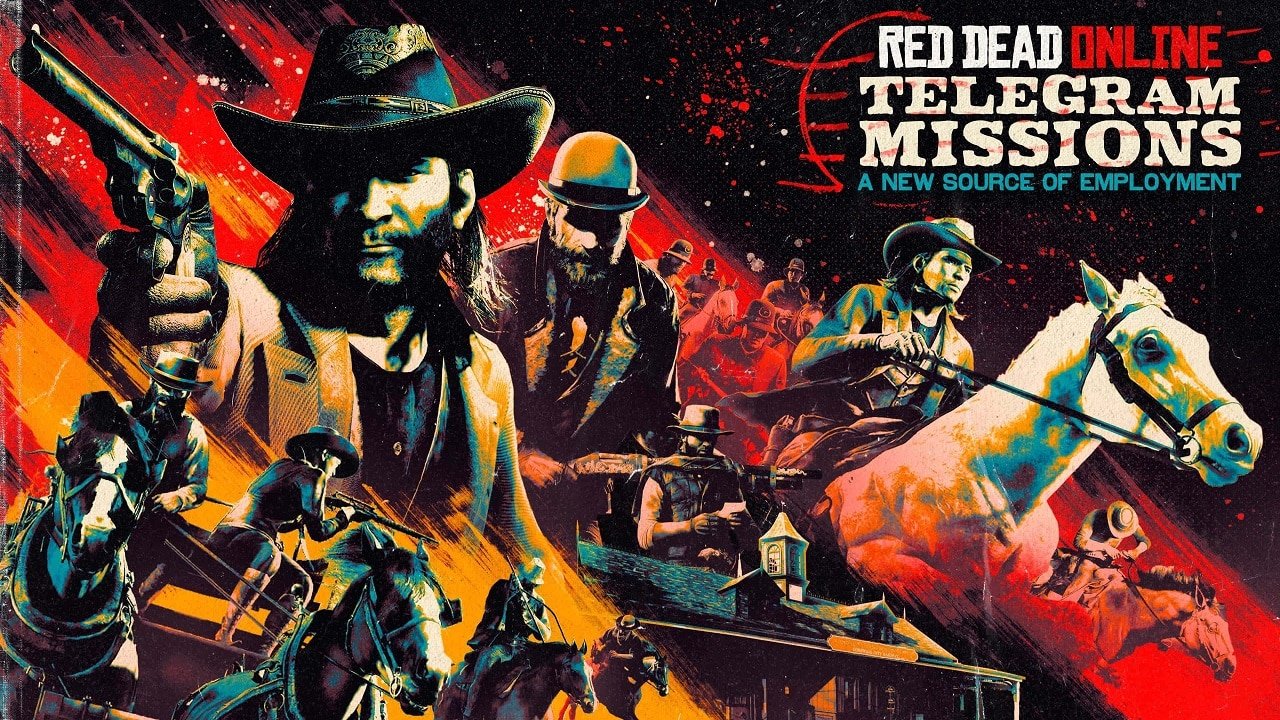 Red Dead Online players will soon be able to ride out on their own for a host of new solo quests, according to Rockstar’s Newswire.

“A New Source of Employment” is a trio of missions. Players will receive telegrams from someone calling themselves “J,” which they can pick up at camp or a post office. With the telegrams in hand, they can replay the missions as many times as they want.

Although Red Dead Online is obviously geared towards multiplayer, these particular jobs are specifically aimed lone gunmen (and women).

Of course, no work without pay, so there are sizeable rewards too. According to Player.One, each mission gives you 5,000 Club XP, $100, and a Treasure Map, as well as some bonuses specific to each mission.

The first job, “One Horse Deal,” as you might have guessed, has you steal a prize beast. As it says in the Newswire article:

The Braithwaites are negotiating a deal to buy a prized, untamed white Arabian racehorse from Emerald Ranch. Your task will be to intercept the deal, tame the unpredictable beast, and deliver the steed to your contact. This is a highly valued horse, so expect guards to give pursuit.

In addition to the standard payment above, you will also receive two Special Horse Revivers and a 30% discount offer on your own Arabian Horse for completing this job.

The second mission, “Rich Pickings,” is a mini heist. Rumor has it the Mayor of Saint Denis is stashing jewels somewhere in his mansion. It’s up to you to break in and take them for yourself. You’ll even get three Lost Jewelry and three Family Heirloom Collectibles for your trouble.

Finally, there’s the escort mission, “Outrider.” A wagon carrying valuable (and probably illegal) cargo is traveling to Brittlebrush Trawl. It’s your job to make sure it gets there, no matter the cost. You’ll be twenty Small Game Arrows and 100 Express Revolver Cartridges (not to mention dollars, XP, and a Treasure Map) richer if you do.

Each mission has three difficulty settings and becomes more challenging with every replay. Rockstar also hinted that more of this kind of job will be on the way soon. You can buy Red Dead Redemption 2 here & here , Red Dead Online is also available to purchase as a standalone game.

Are you a Red Dead Online fan and excited for these new jobs? Let us know in the comments! And while you’re here, why not check out some of our other recent stories, like New Nintendo Direct Announced for 17/02/21, or Assassin’s Creed Valhalla Update Adds River Raids? You can also head over to our YouTube Channel for even more content. Thanks for reading VeryAli!