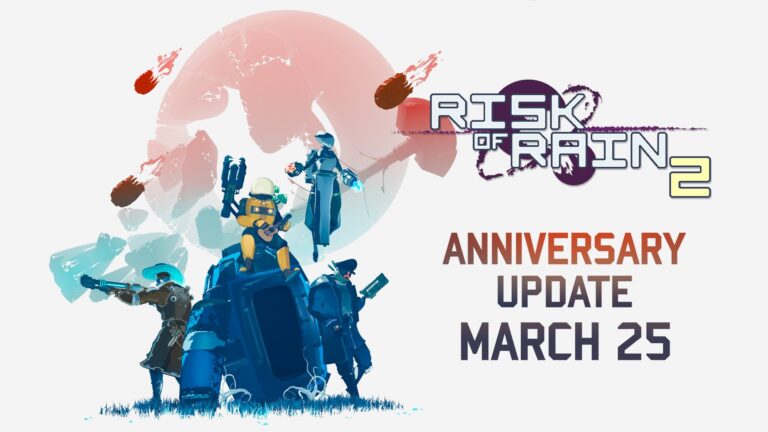 With Risk of Rain 2’s Anniversary update released on March 25th, a solid amount of changes were made to the game. It included some item balancing, an updated final zone, and a new survivor. I’m here to talk about Risk of Rain 2’s new survivor: Bandit. The baddies in Siren’s Rest have certainly yee’d their last haw when Bandit rolls into town.

This fan favorite is returning from Risk of Rain to make his debut in the 3rd dimension. The classic duster jacket and cowboy hat are also back, with a few new tweaks to bring Bandit up to snuff with the second game’s art style. I’ve been playing Bandit for most of today, and I have to say I do love the rootin’ tootin’ and shootin’ gameplay Hoppo Games has whipped up with this survivor. He is a competitor to Acrid.

Bandit’s a sneaky survivor, and his passive reflects that.

Risk of Rain 2 Bandit has two options for his primary attack. One is a shotgun blast, which is effective at short to mid-range. The other is unlockable and replaces the shotgun with a single bullet rifle. Each of these abilities has 4 ammo, which recharges over a pretty quick cooldown period, and seems to reload quicker with attack speed.

Bandit’s secondary attacks both involve knives and hemorrhaging on critical strikes. One slices in front of him with his knife, and the other hurls it in front of him. Hemorrhage deals huge damage over time (about 1500% over 15 seconds).

Currently, Bandit has a single utility ability. It’s a smokescreen that stealths Bandit, hurts, and stuns enemies it hits. This is one of his bread and butter abilities when it comes to dealing with crowds or big baddies. Being able to break aggression and skirt around the fight is a huge utility.

The two specials available for Bandit both have him fire off his revolver, and if this shot finishes off the enemy, he gains certain buffs. For the first one, a killing blow will reset Bandit’s cooldowns. The second ability has stacking damage that goes up each time it pops a baddie.

For the nitty gritty numbers, check the wiki here!

In the time I have played Bandit, I’ve felt a handful of items feel particularly good on him. Both of the bands are solid, as his special will proc both of them, making sure that it really is a kill shot. Crit not only boosts Bandit’s damage, but also assures that the secondary attacks do cause the hemorrhage effect.

I haven’t had a chance to test it, but the Heresy line of lunar items would likely be good on Bandit, with their high cooldowns being reset by his special, allowing for big survivability and damage.

Overall, it seems the stuff that’s regularly good on survivors is generally good on Bandit! He’s got some unique play to him, and slots in nicely to the Risk of Rain 2 roster.

Do you have any neat Bandit builds you’ve cooked up? Let us know in the comments! If you enjoyed this article, check out some of our others like: Returnal Has Gone Gold – So What Does That Mean? or Sony Is Producing a Ghost of Tsushima Move with Director Chad Stahelski.