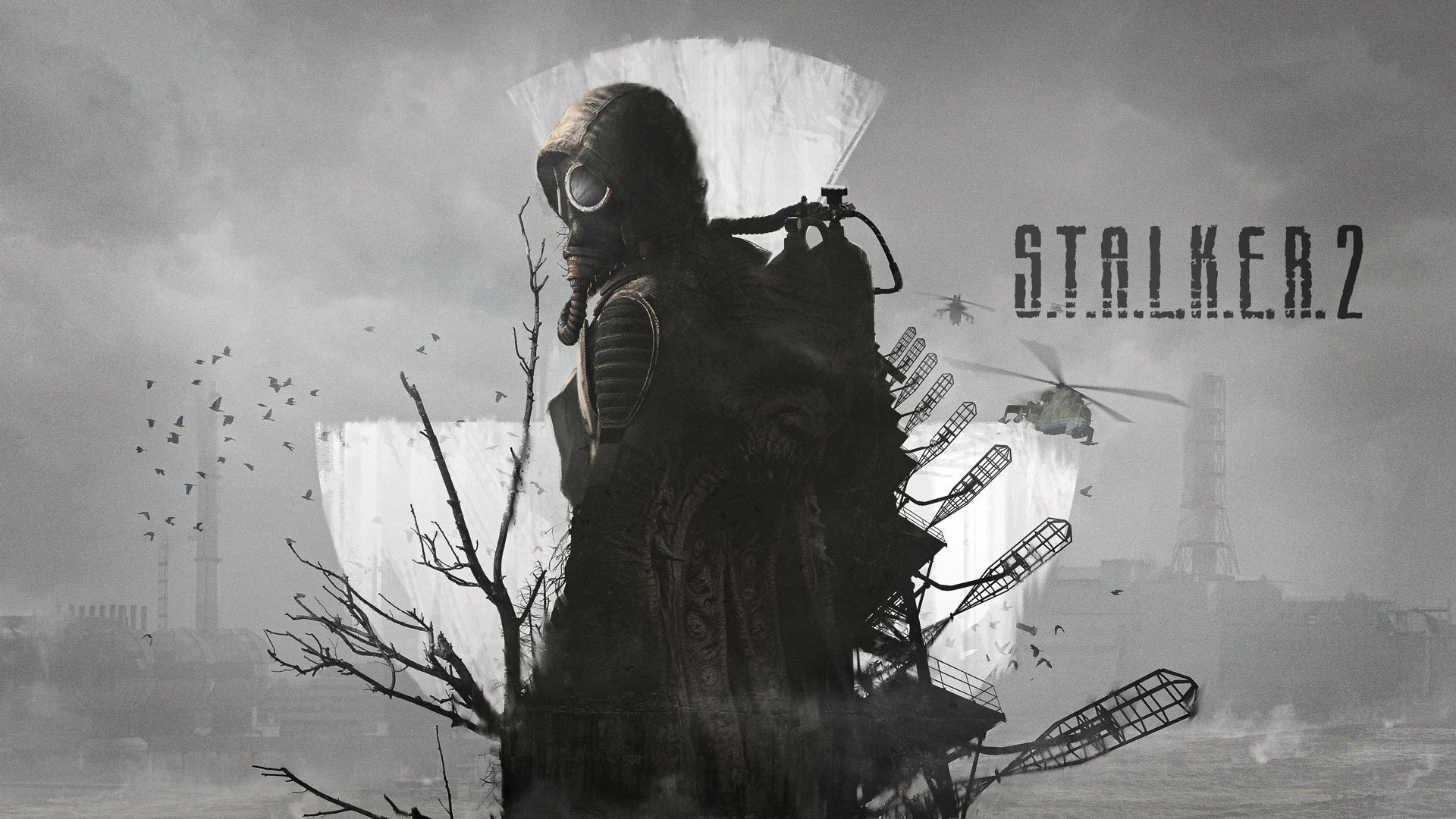 Furthermore, the trailer shows off what gameplay will actually look like as the trailer is created with the game engine. The trailer starts off with a rusty door opening with GSC Game World written on it welcoming the viewer to take a look at the world of S.T.A.L.K.E.R. 2.

We see Skif walk down a corridor of a building scarred with crumbling walls and ominous music. As a skeleton of a tree falls down, we are taken to a makeshift camp. The lighting looks great as the glow from the campfire envelops the walls.

The trailer takes a dark turn as Skif discovers a pool of blood and accesses a PDA 2.0 before a chair is thrown at him. Followed by a fade to black then we see the S.T.A.L.K.E.R. 2 title appear.

The Post-Apocalyptic Horror of Chernobyl

Anyone who has played previous S.T.A.L.K.E.R. games knows that Stalkers use PDAs to keep track of each other. While serving as the player’s utility where inventory, missions, maps, and the player’s health status can be checked.

Therefore we can determine that Skif may have been tracking a missing Stalker. Before being attacked by an unknown person or creature.

The S.T.A.L.K.E.R. 2 official website offers a few more details on the game. Showing images, tracks from the score, and FAQ. GSC Game World state that the world of S.T.A.L.K.E.R. 2 will be an open world and one of the biggest seamless open-worlds to date.

Furthermore GSC Game World emphasise that the world will be immersive & horrifying “with a really thick atmosphere.” The team additionally announced that the game will feature a branching story line with multiple endings.

The S.T.A.L.K.E.R. games are notorious for their long development times. Therefore fans will be extremely happy that S.T.A.L.K.E.R. 2 will be releasing sometime in 2021. More than 10 years after the game was announced.

If you found this article useful why not check out our other work such as Nier: Automata Creators Yoko Taro and Yosuke Saito Working on Two New Games. Or Valuable Pokémon Cards Fund Student’s Medical School Tuition.