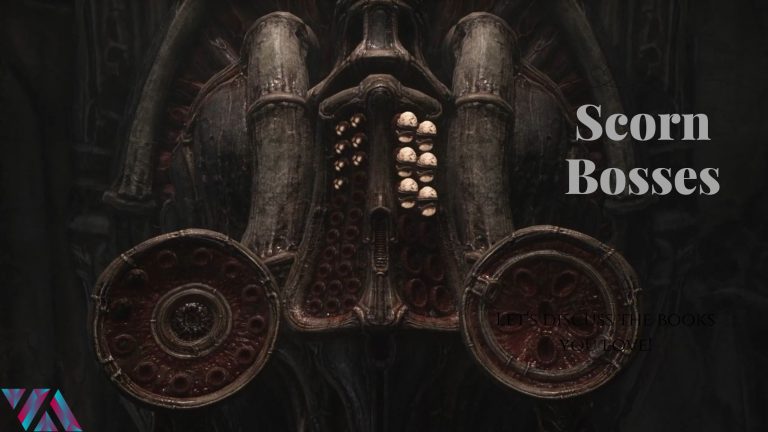 Scorn Boss: How to Defeat [All Methods]

Unlike other video games, Scorn does not have a plethora of boss fights but still offers some primo fighting scenes with a lot of drama, mystery, and arduous checkpoints.

The mechanics of Scorn are pretty murky which could result in defeat while fighting with the boss. Here is the complete guide about How to kill Scorn Bosses with little to no physical damage.

How To Start Scorn Bosses Fight?

As we mentioned earlier there are not many boss fights in Scorn but the one it offers is pretty hard to ace. The moment you unlock the Station-to-Station achievement you will enter a castle with a lot of cages in between.

Insert the key that you must have obtained after unlocking a close encounter achievement previously in the game. Insert that key into the machine and you will get some grenades, load them into the rifle and save them. Later they will be used to fight with the boss. Just look around and insert the key into another machine which will unlock the embryo which will be purplish and red.

There are multiple phases to killing the grenade launcher boss. This article will guide you about all of these in the most efficient way.

Scorn boss fights test your patience and skills. When you will insert the purplish embryo trapped in a glass-metal casing into the mechanical body in that mysterious room. It will trigger the boss and the boss will kneel you down and heavily affect your health.

You cannot beat the boss in close combat using your grenades and rifle it will only waste your ammo. Boss will start launching grenades at you and you just have to save yourself using cages in the room as shields.

It is highly recommended to heal yourself and reload your rifle simultaneously when the boss is re-loading.

Attack with your rifle on the boss once you will see a red sack behind his back when he will be re-loading grenades into the launcher. Destroy one of these sacks and then again repeat the drill of saving yourself.

Attacking the back of the boss once or twice cannot defeat him. You have to repeat the process again and again. Precisely it will take three to four times until you defeat the boss.

Just keep attacking the abdomen and back of the boss when he is re-loading. When the boss will fall forward or backward it will be a sign that you have defeated the boss. Just lean toward him and it will let you grab the launcher.

When you will pick up the launcher you will automatically pick up the baby creature crawling out of the abdomen of the mechanical body of the boss. After that just move right and through the hallway, you will reach the area where you have to look right and you will see a machine chamber.

Put that creature in that chamber and it will automatically crush the embryo and will fill the by-product into the glass vessel. Take that vessel you will later use that in unlocking achievements and translocating your brain into vessels.

While fighting with the boss in phase 2 of boss fighting you will see another baby embryo trapped inside the closed railings. This is counted as a puzzle to solve before fighting another boss.

Just walk towards the railings and see to your right. You will see a little raised area. Stand on it. You will observe that you can no longer switch between your weapons.

You can only use the grenade launcher which you jeopardized from the boss. While standing in the area you will see a little window opening right in front of you. Just launch a grenade into that area and there will be a blast.

Then the railings blocking the second baby embryo will be opened. You have to repeat the same procedure. This time pick up the embryo and walk towards the second mechanical body and put that embryo in it. It will trigger the boss and he will start launching grenades at you. Just save your health and ammo for the right time.

Remember you can still get ammo and grenades from the room where you get the first embryo using the key which you got after close encounter achievement.

Fight with the boss again with the same strategy just keep attacking his abdomen and back while he is re-loading. It makes him vulnerable.

You have to repeat your process three to four times to completely kill it. After some effort, your grenades will kneel him down. You have to pick up the baby creature crawling out of his body. Take that creature and go to the hallway between two rooms and on the right, you will see a chamber where you will have to crush the baby and collect the by-product in a glass vessel for future use.

Now you will be in a vulnerable condition and you have to heal to survive in the rest of the game.

Regardless of the arduous foes in the different stages of Scorn. This game only offers one boss fight which is not a cup of tea for connoisseurs. Its two phases can be changed into endless depending upon the strategy. You have to hit the vulnerable spots of the boss multiple times instead of wasting your time waiting for the right time. The boss fight is designed to test your intuitive power to fight and your patience. We hope that our article will help you out while fighting with a nasty boss.