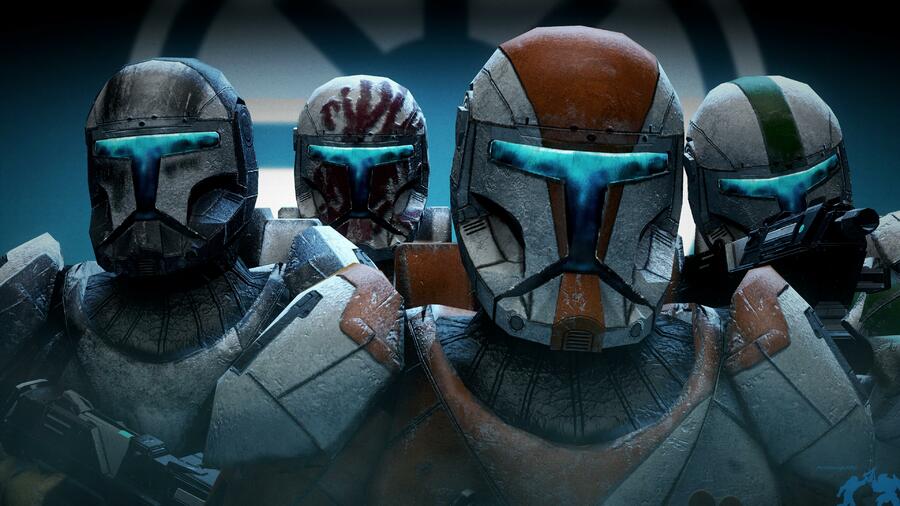 The re-release of Star Wars: Republic Commando comes to us courtesy of Aspyr, who also developed the recent ports of Jedi Academy, Racer, and Knights of the Old Republic II.

Republic Commando first came out in 2005 and became a cult classic. Rumors had been running high of late that a re-release was imminent. Now, those rumors have been confirmed.

Aspyr made the announcement with a flashy new trailer for the game. Company cofounder Ted Staloch also issued the following statement:

Since its original launch in 2005, Republic Commando continues to be a fan-favorite Star Wars game. We’re honored to be able [to] work with Lucasfilm Games to bring back this beloved moment in franchise history.

Star Wars: Republic Commando is a tactical shooter set in the Clone Wars, around the time of the movie prequels. As the fighting on Geonosis heats up, you take control of Delta Squad, an elite unit led by clone trooper RC-1338, better known as “Boss”.

Nintendo has also added a page for the game to their website, with the following blurb:

Boss, Fixer, Scorch, and Sev, better known as Delta Squad, are back on Nintendo Switch™! Relive the legendary campaign.

Welcome to the Clone Wars: Chaos has erupted throughout the galaxy. As leader of an elite squad of Republic Commandos, your mission is to infiltrate, dominate, and ultimately annihilate the enemy.

The Squad is Your Weapon: Your squad will follow your orders, performing complex commands and strategic maneuvers. You are their leader. They are your weapon.

Star Wars: Republic Commando launches on Nintendo Switch and Sony PlayStation 4 on April 6th. You can pre-order the game for Switch at a retail price of $14.99 USD. You can also get the game on PC here (affiliate link).

Did you play Republic Commando back in the day? Are you excited for the re-release? Let us know in the comments below! And while you’re here, why not check out some of our other recent articles, such as GameStop CFO Resigns in Continuing Company Shake-up, or Interview With The Molasses Flood (Drake Hollow)? You can also head over to our YouTube Channel for even more content.