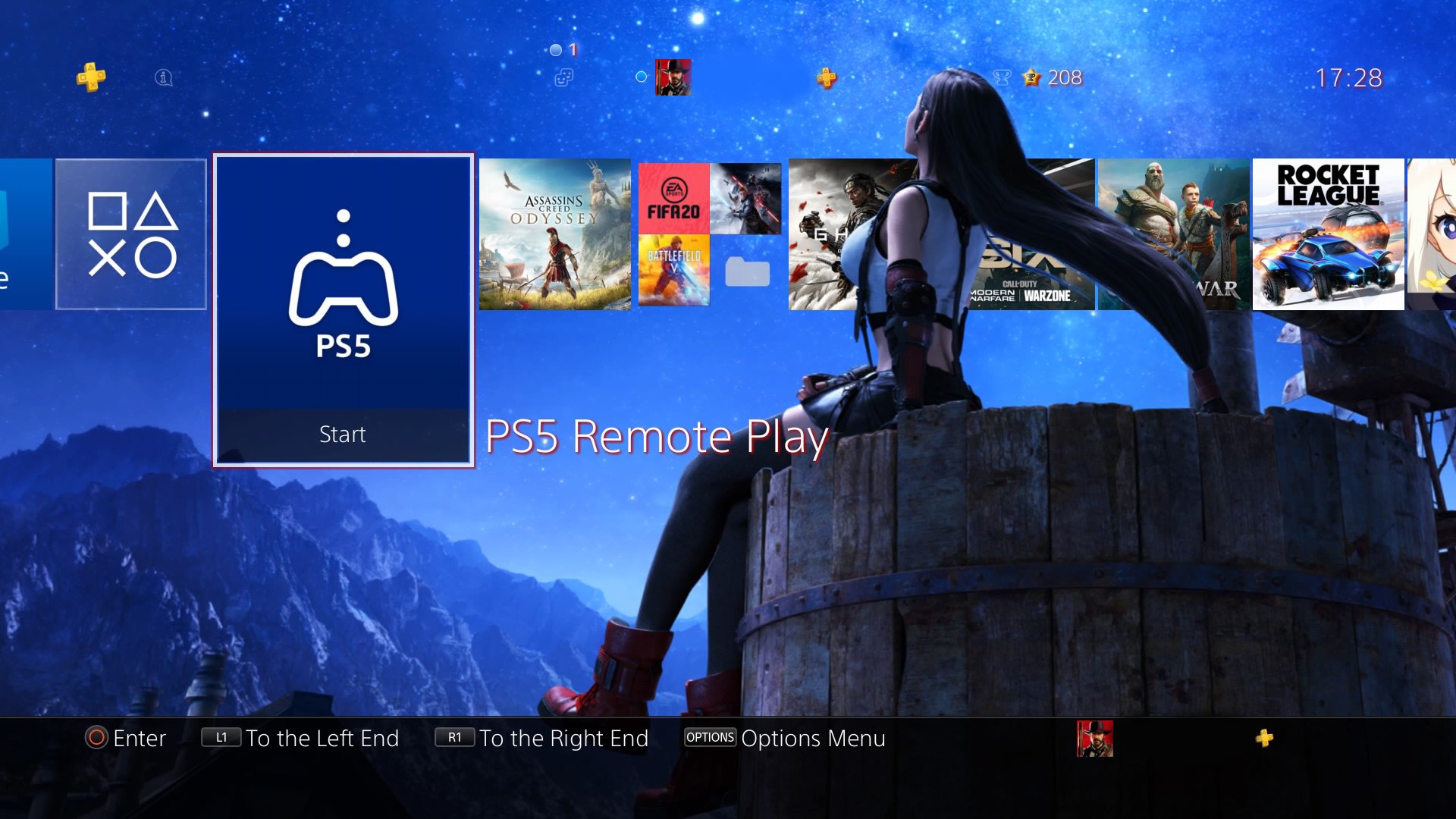 Stream Your PS5 Games on PS4 and PC through Remote Play

The app just appeared on the PS4’s dashboard today, which would allow the next-gen console owners to play their PS5 games on their old consoles.

While it currently doesn’t seem to function pre-release just yet, the app is predicted to allow just about anyone to access their PS5 console from their PS4, that includes streaming PS5 games and apps.

Presumably that would allow PS4 users to play PS5 games using the Dualshock 4, which is not compatible with the PS5 consoles.

Interestingly, you will now be able to play the PS5 games on PC. All you’d need to do is use Remote Play on PC to stream your PS4, and then start the PS5 Remote Play app from there.

Playstation 5 launches on November 12th, you can order your own PS5 right here.

While we’re gearing up for the launch of the next-gen consoles, check out our PS5 Set Up Guide. Also learn more about the new PS5 Trophy System.