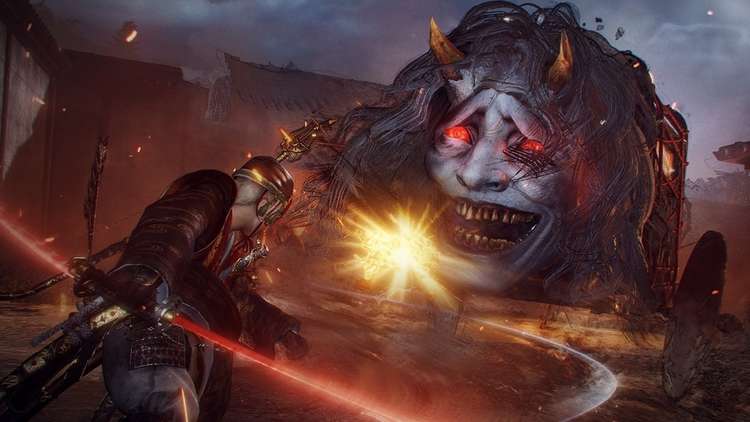 Reports have been coming in across online communities of post-mission crashes, as well as the random disappearance of on-screen text.

The patch itself addressed the long-standing issue of mouse and keyboard prompts: the game has bafflingly displayed controller icons since launch, and now appropriately provides PC indicators. It also tackled the game’s most consistent issue: frame-rate drops. Specifically, the patch improves the “effect quality” bug, something last month’s patch also aimed to fix.

The issue relates to the effect quality graphics setting, which enables the player to alter the fidelity of the in-game particle effects. When set to “high”, frame rate tanks. The setting has been problematic since launch, gradually improving with subsequent updates.

Nioh 2’s PC performance was the reason for its poor reception upon release.
Following the launch, Team Ninja promptly released patch 1.25.1 which went a significant way in rectifying the issues. They have continued to support the title with further bug fixes and tweaks. Yet it t seems the game is still some way off providing the enhanced experience the PC port was supposed to offer.

You can get Nioh 2 – The Complete Edition for PC here (affiliate link).

Have you played Nioh 2 on PC? What are your experiences? Let us know below.

If you enjoyed this article, why not check out our other work such as Stop The Show! A Very Rakdos Commander Deck or Hawkeye Update Let’s You Restart Marvel’s Avengers Campaign . You can also get even more content on our YouTube channel. Thanks for reading VeryAli!