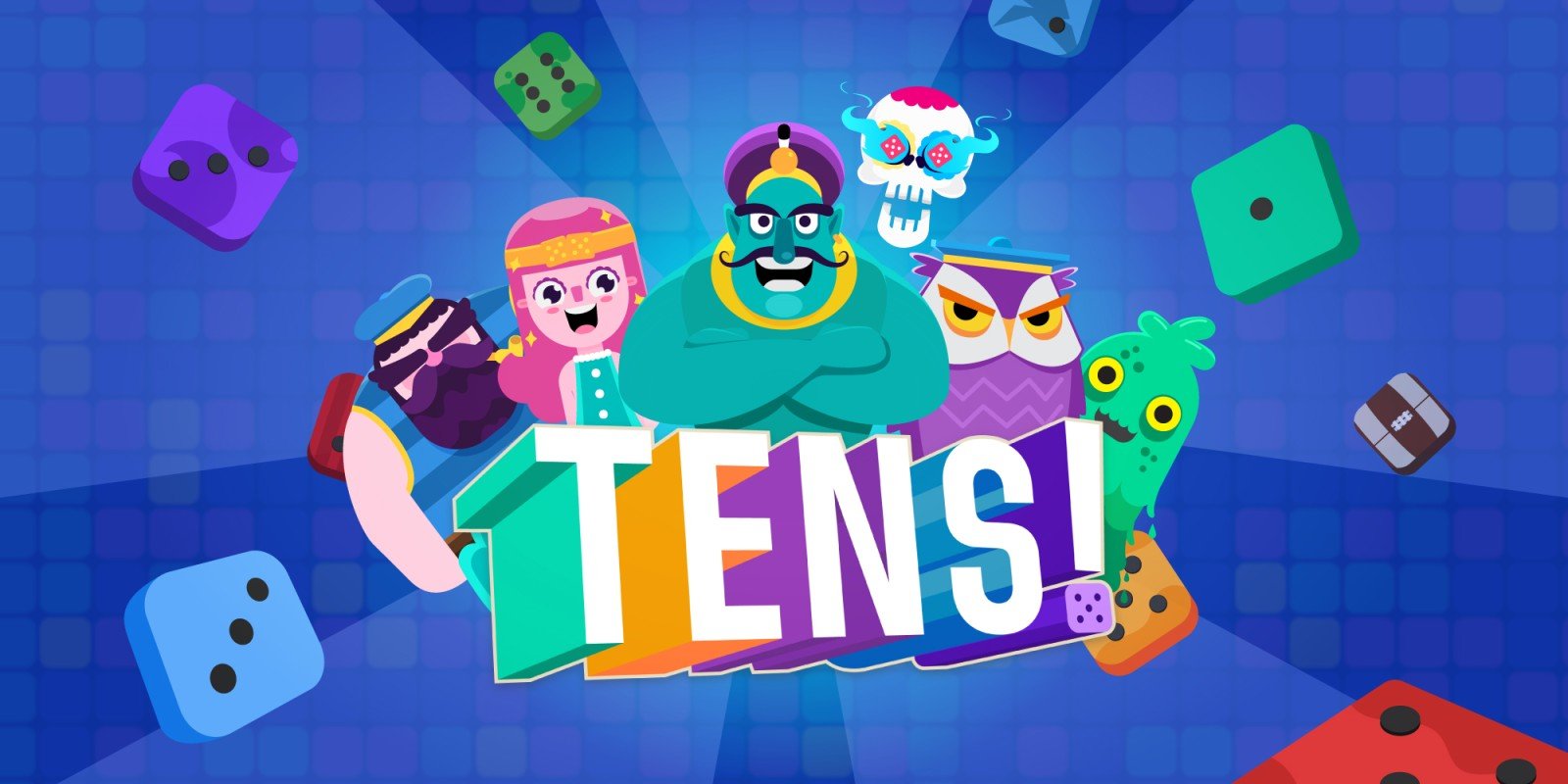 One would be forgiven if they saw Tens! on a theoretical shelf inside the Matrix and think Threes! somehow got a sequel this many years later. I mean, a number based puzzle game, named after a number with an exclamation point? With a pop art style that wouldn’t be out of place if it was trying to get you to sign up for a social media app? And that number starts with the letter T? Sounds a bit more than familiar, alright. Rest assured though, today’s game has less to do with Threes! and way more to do with Sudoku, among other things. And like my favorite side to a battery, they are positive things.

Tens! is about creating rows and/or columns that equal exactly 10 with the random die given to you. Once a line is created, they disappear like good children who went to the school of Tetris, and you get points for as many die as there were in creating your ten. It takes place on a five by five grid, so a combination of 3,2,1,3, and 1 would net you five points. They give the die to you in either single pieces, two side by side, or three in an L shape, all of which can be rotated (not that a single piece needs rotated, but you can). So it’s possible to clear multiple lines at once and rack up combos, giving them the same level of importance to gameplay as they do to Puyo Puyo. In the adventure mode, a game ends when you either get a certain amount of points or you run out of places to put your current set of die.

I really like the style TENS! has. It’s eerily similar to a Kurzgesagt video, but it’s still an undeniably pleasant aesthetic. Something about the calming, low-fi beats that makes me want to study, look at my cat and then write on a page in my notebook. The satisfying way all the portraits are laid out. The liquidy way a line appears and pops all the numbers in a cleared row, and how smooth the game transitions into the stage clear screen.

Though pretty as these animations are, I’d appreciate it more if it didn’t block the screen every time I get a combo. The pace takes a crowbar to the kneecaps every time, and is only accented by the fact that you can still move behind the screen filling animation. A smaller, corner-sized version would have been fine. The Blooper power up in Mario Kart is an obstacle that I should not be reminded of in a concentration focused puzzle game.

Making The Most Of Modes

Thankfully, this isn’t an issue in the game’s split screen multiplayer mode, where combo screens cease to exist. In multiplayer, you send garbage tiles that hold no value over to your opponents board for every ten set you complete. There’s more of a time pressure to do so, as is the nature of a competitive multiplayer game, but there’s also a literal timer to place your tiles. Both the friend I asked to play with and I enjoyed our time, but it is definitely a quick, pick up, play, and never think about again sort of multiplayer. Matches were over fairly quickly, and the depth just wasn’t there to keep us playing past 10-15 minutes. I’m happy the option was there, but it won’t be the first or even the fifth suggestion for the annual “Please Puzzle Games With Me” party I host every lonely night of my life.

The single player is divided into an endless mode, where you play until you lose, and an adventure mode, where you play until you win. The adventure mode offers some neat twists to the game, such as dash panels that shoot the placed tile in the direction its pointing or fire spaces that burn tiles up on contact. These are awesome little twists that make you think a shade more critically, but I feel like there could have been more ways to really spice up the gameplay. It’s like getting a nugget meal from Chick-fil-A. What’s there is nice, but it could have been more.

Unfortunately for people who wanted me to stop talking about this particular number, those three modes are about it. Yeah, there’s cosmetics for your tiles that unlock as you play more of the adventure more, but leveling up to get them just requires playing more, even if it’s the same puzzle over and over. There’s characters, but really, they are all just character portraits that have no effect on how the game is played. For a $15 investment, the package is as light as a game for half its asking price.

It’s a real shame because there could have been more. Perhaps some themed boards, or some sort of picture-making mode like in Tetris Party. Because the game this is here is especially good, just not as fleshed out as it could be. It’s too focused on the baseline concept to really explore what could be done with it. I could see a future in this game with a sequel that shows more confidence in its ideas and runs with them. Maybe a 10×10 board and online multiplayer?

Of course, that’s just me speculating on what I want from the game. As for what the game is, it’s a good time. Definitely one I’d wait for a sale for, but I could unwind to this the same way I unwind to Art Of Balance. It’s the two things I look for in a balanced puzzle meal: It keeps my brain active and is fun. The nutritious to my delicious. It’s just after an afternoon with the game, you see basically all that is there, like a statewide trip through Rhode Island. I’d leave the purchase up to you, if you are willing to spend the money on a decent game that’s this low on content. It’s worth your time, but maybe not worth so much of your money. Give it a shot if you can. And you can do that here for Nintendo Switch and here for Steam.

If you found that article interesting, did you know that Fortnite is returning to iOS? Check out that, and maybe the author’s latest piece on why he thinks the Xbox Series X isn’t as good as it could be. Want more content? then head to our YouTube channel. Thanks for reading VeryAli!

Like our content and want to support our work? Then you can help support us by using the creator code/tag VeryAli on the Epic Games Store or Fortnite’s in-game store, and/or directly donating through  streamlabs.com/VeryAli .

Thank you to Kwalee for creating this game and providing a review code to us. Check them out at their website!

Summary: Combining sudoku-style number puzzles and block-dropping gameplay, the aim of TENS! is simple: place dice on the board, make ‘tens’ in any row or column and clear the board to win. 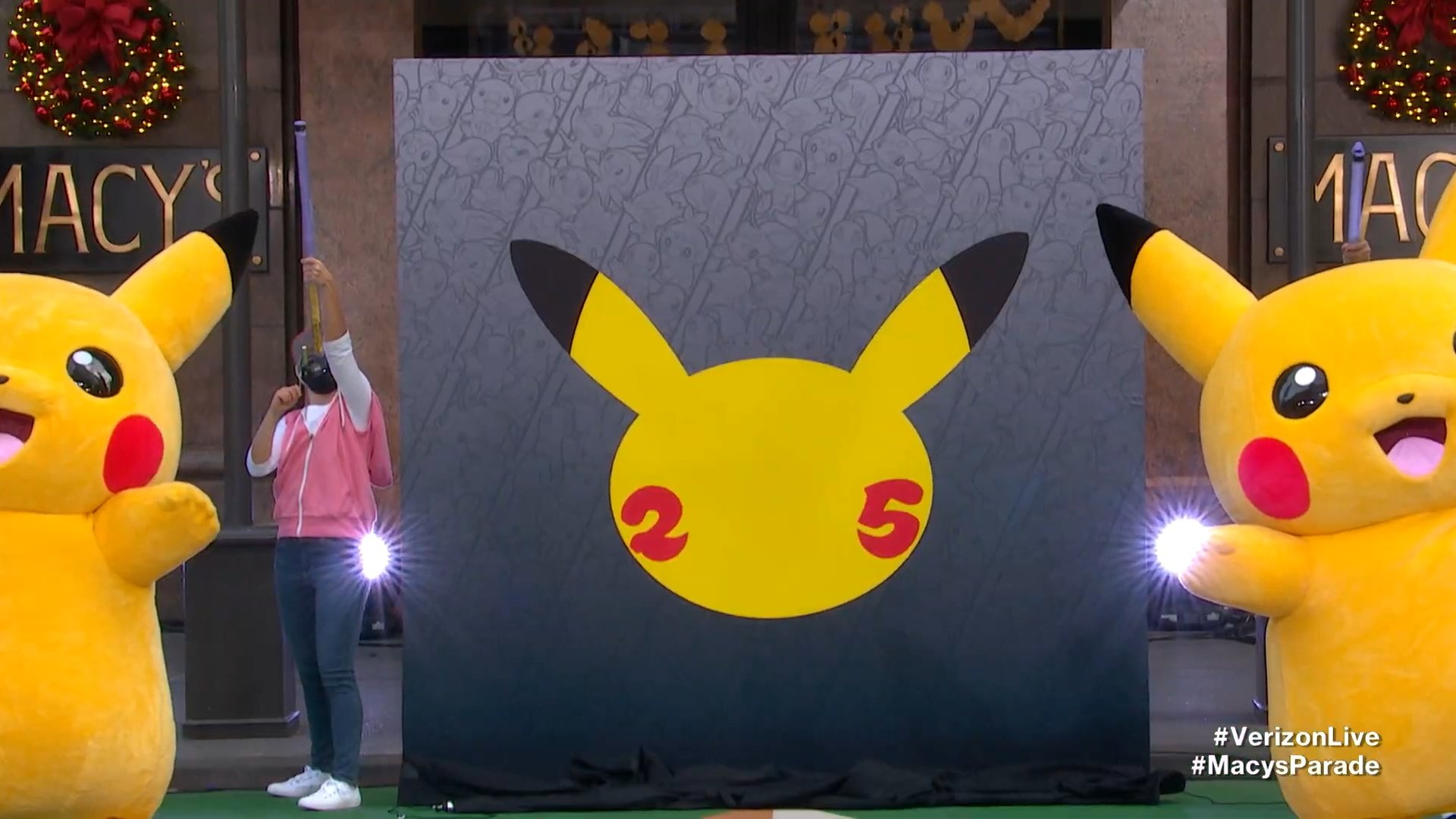