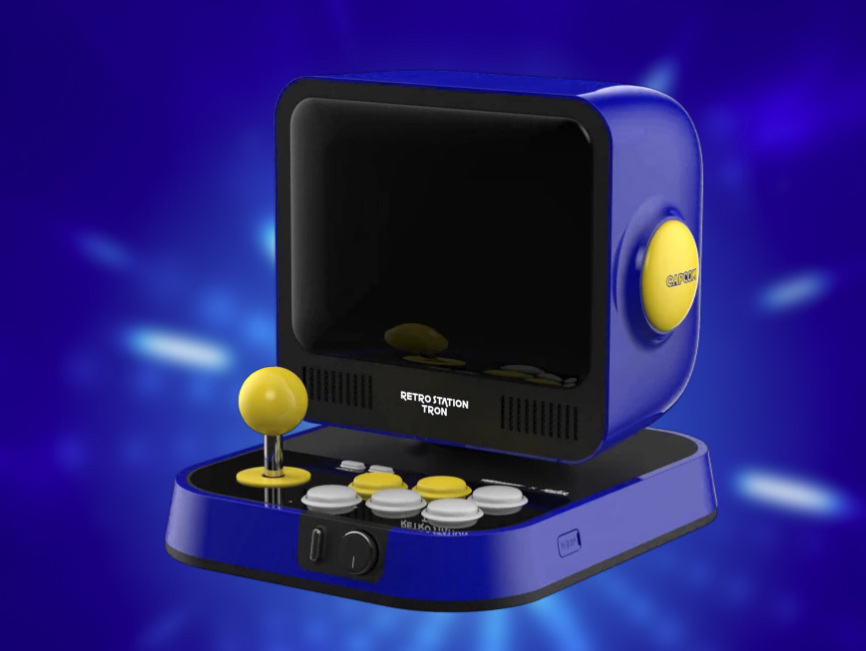 The Capcom ‘Retro Station’ Has Finally Been Officially Revealed

Following a leak at the back end of November, Capcom has now officially revealed what they are calling the ‘Retro Station’ – a retro system featuring a variety of classic Capcom titles from the past.
The Retro Station’s official website states that Japanese residents can now pre-order the system directly from the website, with a listing also up on Amazon Japan. It has been predicted that an English release will be made available soon.

The unit will feature 10 classic Capcom titles as follows:

The website provides a 360 image of the system along with front, back, top and side shots, and lists relevant specifications.
The Retro Station will reportedly feature a dimension of 238x234mm and will feature an 8 inch, 4:3, 1024*768 resolution screen.
There’s also the welcome feature of an HDMI out, so the console will be able to output onto a television or monitor.
The Retro Station will also house two, 10 watt ‘super bass’ speakers encased in a special sound cavity design, and there’s also the ability to play built-in game OST’s.
Thankfully, there are options for local multiplayer. The user will have the ability to plug in a secondary arcade controller for co-op play, and there’s also the option of using a USB, PVP dongle to link two systems together. Both of these peripherals are sold separately, though.

The system will cost ¥21,780 – around $210 and £155-. Unsurprisingly, questions have arisen over whether the price is worth it for what the system offers.
With only ten games on offer and the multi-player peripherals not included, the Capcom Retro Station may be a hard pill to swallow for many.
Having said this, the price is roughly in line with Nintendo, Sega, Sony, and SNK’s recent mini console offerings when you consider the addition of the 8-inch screen.
Those systems did have significantly more games, however.

Will you be gettings yourself a Capcom Retro Station? If so, what features are you most excited about? Let us know in the comments!

If you enjoyed this article, why not check out our other work such as Nier: Automata Creators Yoko Taro and Yosuke Saito Working on Two New Games, or Nintendo Reveals Best-Selling Indie Games on Switch For 2020.