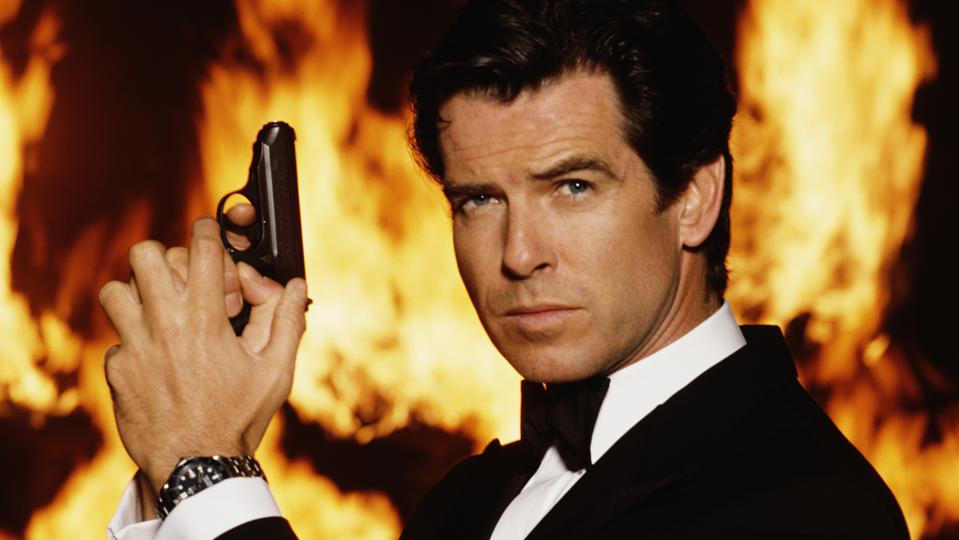 The GoldenEye XBLA Remake: Its History and How it Plays

Based on the 1995 movie of the same title, 1997’s GoldenEye 007 was one of the first fully polygonal, 3D first-person shooters on consoles.

It wasn’t just a blast-everything-till-it dies affair; the game had several sneaky objectives for each mission across a variety of distinct locales. It also had some of the best, if not the best AI seen in an FPS title for the time.
Making the game even more impressive is that a tiny team of only 11 people made it, and most of them had never worked on a video game before.

Cementing its sucess was the local multiplayer; you could bet that most households that owned an N64 in the 90s had Goldeneye. If they did, they were no doubt endlessly battling their family and friends in the game’s addictive split-screen deathmatches.

Rare‘s impressive title would go on to win the team many awards. It would be the fan base, though, that would justify its lasting legacy.
The game formed a huge part of many people’s childhoods, and we live in a time where remasters are common.
Many were crying out for the classic FPS to be given a fresh lick of paint, and at one time, it nearly happened.

The first time the semblance of a Rare remaster surfaced was in a 2008 issue of U.K. magazine Xbox World 360.
Here are some of the original screenshots.

The article told of an XBLA remaster being in development at Rare between 2007 and 2008 with the codename Bean.
Microsoft (who have owned Rare since 2002), Activision (who hold the rights to the game), and Nintendo (who published the original) did all initially agree on the release of the remaster; but things fell through due to the complexities of the license and the number of parties involved.

Before that, there had been other attempts to re-ignite the passion for the title.
EA’s GoldenEye: Rogue Agent released in 2004.
It too was a first-person shooter, standing on the shoulders of the original but with the player controlling another Mi6 agent instead of Bond this time.
It wasn’t very popular. Critics complained about alterations to the Bond series canon and the mediocre, bland gameplay.

Releasing to higher acclaim was the 2010 Wii exclusive version of GoldenEye – a remake of the 1997 classic.
It got mostly glowing reviews with the Escapist giving it a perfect score of 100, although not all fans appreciated it.
Many simply wanted a straight, fully-faithful remaster – the gameplay changes and swapping of Pierce Brosnan for Daniel Craig not going down well for some die-hard fans of the original.

Fans have also managed to re-create levels from the original game within VR’s flagship title Half-Life Alyx. The mods are certainly worth checking out if you own the game and a headset.

Last week, new footage emerged of the thought lost Rare remaster – almost a whole thirteen years to the month that we were first informed of it.

YouTube user Graslu00 uploaded a full two-hours of gameplay footage from the remaster on the 29th of January. The footage contained a playthrough of the entire game and also showed off multiplayer gameplay at the end.
The reveal – played through the Xenia Xbox 360 emulator on PC – was a shock to GoldenEye fans.
How had this user obtained it? Could other people play it?

Graslu00 said they couldn’t divulge where they obtained the game but were adamant that it would be released this year.

Yesterday, the games files would leak to the internet, with fans now being able to download and play the game for themselves.
I managed to get it up and running, and despite an unfinished state, it seems to be almost exactly what fans had been wanting.

The main thing the remake changes, and pretty much the only thing, is the graphics.
Textures see a huge graphical improvement when compared to the original, and the game can now be played at 60 FPS in 4k.
Backgrounds, in particular, look superb, and every weapon, character model, and building sees a complete overhaul.

One of the greatest features of this remaster is the ability to toggle between the old and new visuals.
Pressing the right bumper instantly switches graphical styles with no slow down.

All music and sound effects are the same as they were in the original game. As this is an unfinished title, it remains unclear whether the audio would have been remade for the final release.

The full game is playable in its entirety and enables the use of saves, but no multiplayer is available.
With this being a planned Xbox Live Arcade release, all controller mappings are for a 360 controller. There’s also an ‘achievements’ section in the main menu, which of course, is inaccessible in this version.

While you are now able to rotate the camera freely with the right analog stick, aiming with the left trigger freezes Bond in place as it did in the original.
There are no modern iron sights here, which is understandable considering the ability to seamlessly switch to the old graphics.
Perhaps more control features would’ve been added for the final release.

The GoldenEye remaster retains its jerky character movements and lack of facial animation, but from what I can deduce, that’s the sort of charm people wanted left unchanged anyway.

The old control style does show its age, but for the most part, everything feels great and is still a blast to play.

“I must be dreaming”

As far as what fans were hoping for, this is the closest thing.
Reddit and other social media platforms are currently brimming with glowing praise for the remaster.
Without the power of an expensive upscaler like the OSSC, playing the original N64 title on a modern TV was a great challenge.
Even then, those with PAL region systems couldn’t even use RGB SCART, and instead, had to rely on the poor signal quality of Composite.

It’ll be interesting to see if there are any further developments on the game’s leak; it’s great to hear people passionately talking about it again.
The fact that such an old, undeniably archaic game made by 11 inexperienced people can elicit so much excitement, is testimony to the true talent of those that made the original GoldenEye a success.
You can get the original Goldeneye 007 on N64 here, Wii version here.
For more information on the development of the original game, check out this brilliant interview with the developers.

If you enjoyed this article, why not check out our other work such as Old School RuneScape Equiptment Changes – What’s Going Live? or Nioh 2: The Complete Edition (PC) Review.