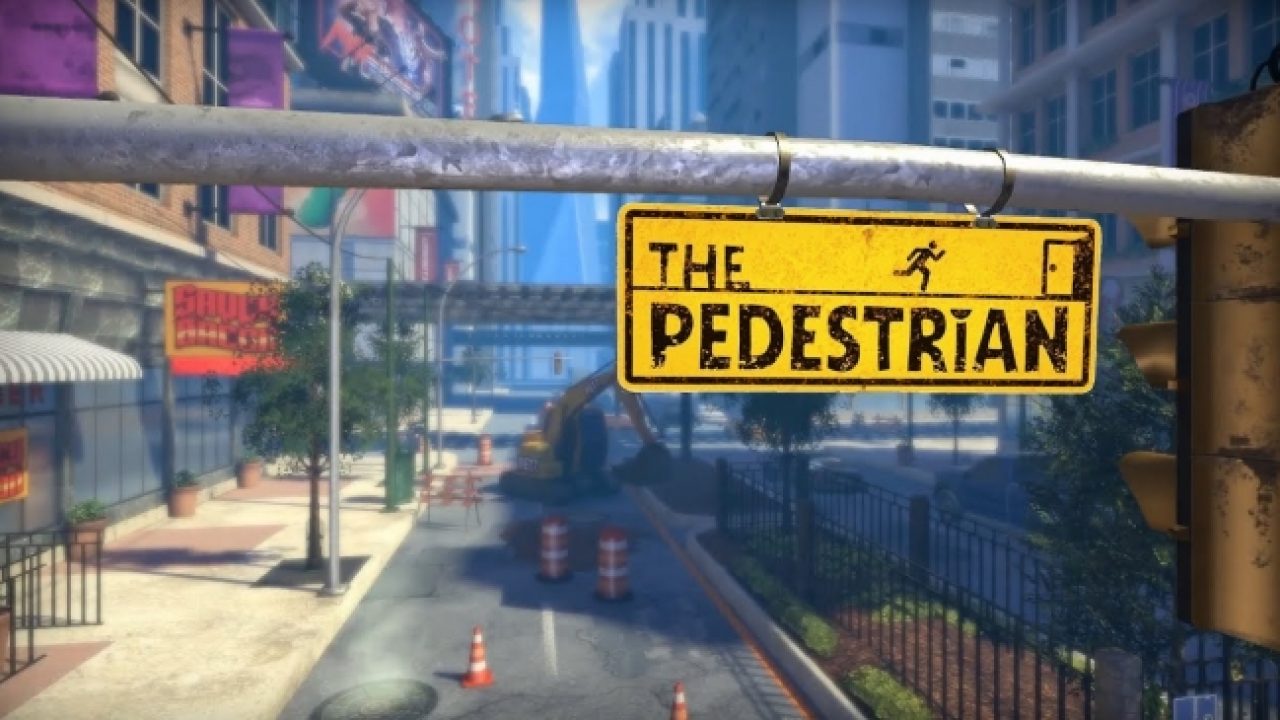 We are going to make a broad and sweeping statement right off the bat here. Almost every puzzle game is uninspired, underwhelming, based on a popular predecessor within the genre or simply too out there to connect with audiences. Now, watch me backtrack with the grace of a figure skater landing a triple axel twist. I am not saying that puzzle games are bad or a waste of time as a genre. What I’m saying is they are hard to get right. Developers struggle to break the mould or stand out from the crowd. Leading to a genre filled with ‘Limbo‘ inspired 2D scrollers and new takes on Tetris. However, at first glance, one can tell that The Pedestrian has promise. There is something shiny and new about it.

Sure this is a 2D puzzle like many that have come before. However, the concept here is unlike anything we have seen before. It isn’t based on any predecessors and there isn’t a little tetromino in sight. Much like myself at the beginning of this article, the new age puzzle title takes a big swing. So we are here to find out if they make a connection. Is this a title that will live long in the memory or just another generic puzzler to stack on the pile. Here is our review of The Pedestrian on PS5.

Let’s begin with the incredibly clever visual format of this title. In The Pedestrian, the player essentially takes control of a sentient stickman that travels across various industrial, informational and road traffic signs. The background scenery is picturesque and detailed in contrast to the signs you inhabit which are designed with no more detail than what you would find on an original Game Boy platformer. Yet in practice, this contrast works beautifully, the aesthetic is wonderful, especially on next-gen consoles and the areas you visit on your travels are authentic and vibrant.

It’s akin to the scenery one would find in the Unravel series. The backgrounds have a certain photo realism to them. They are dynamic, true to reality and they make you feel like you genuinely are traversing through a bustling metropolis. The cynic in me wanted with every fibre of my being to say that the simplistic stickman design was a decision based on laziness, but seeing the time and effort the developer has put into each areas, the slick transitions between them, I can’t criticise the art style at all,  it’s a triumph.

The Beat of The Streets

One aspect that I didn’t expect to be so fantastically handled in The Pedestrian was the Dualsense aspects of this game. With many AAA titles available at the time of writing not bothering to provide Dualsense functionality, I had assumed that an indie puzzler of this nature would follow suit. Well, it seems that I underestimated this title once again. The star of the show during the more dynamic moments of this game is the haptic feedback from your Dualsense controller.

The tip-tapping of your stickman as he trots from sign to sign, the interaction with electrical components offering a sharp twitch, or the rumbling of a moving train are all captured beautifully through the controller’s haptic feedback function. It, once again, only adds to the authenticity of this citywide tour this game takes you on and for a dedicated puzzle game to immerse you in its settings as well as its challenges is a real feat indeed.

Then concerning the soundtrack for The Pedestrian, many would expect a looping backing track throughout but in fact, each area has its own theme which suits the environment perfectly. The factory theme has an industrial vibe, the busy city area has an upbeat and peppy sound and the university area has a track that sounds studious if that’s even possible. It’s not a mind-blowing soundtrack but it’s much more than just sample music and we really appreciate the effort that the developer has gone to in terms of presentation for this game.

I suppose we should really address the actual gameplay at some point, shouldn’t we? Well, in the initial stages of the game, The Pedestrian does a great job of onboarding the player through environmental prompts, accessible controls and simple puzzles to ease the player into the action. Then as the player comes to grips with the core mechanics, the title introduces you to the format that the game repeats for the entire run. The player will get to a new area, find the components needed to clear the core puzzle of the area and to gather said components, you’ll need to complete connected puzzles. Who doesn’t love puzzles within puzzles?

It’s a decent enough premise and thanks to the game continually adding new obstacles and mechanics throughout, this format rarely feels repetitive. Something that many puzzle games fail to incorporate, leading to the player grinding through puzzles before eventually calling it a day early. This doesn’t happen here at all but there were some small gripes we had with the title.

Firstly, some mechanics aren’t explained too well. The best example of this would be the doors incorporated into the signs which allow you to walk from one sign into another without the use of a ladder or door. These only work one way and when the player is asked to combine a few to traverse across blocked areas, it can become a brain-frying experience, not due to just difficulty, but also because the mechanics have to be learned through trial and error. We got there in the end but a tutorial with more clarity would have been appreciated.

Then we need to talk about the difficulty. This game may look and sound like a happy go lucky game. However, looks can be deceiving because this sucker is really tricky. This game is all about plotting routes, making links, using your terrain to your advantage, and ultimately, making it from point A to point B. It sounds simple but as the game progresses, you’ll encounter more than a few headscratchers and quite frankly, that’s the sign of a great puzzle game. Every problem has a solution and the puzzle design is genuinely superb throughout the entire run.

For the first half of the game, we would say that the game nails progression, difficulty and introduction of mechanics. We wouldn’t change a thing. However, there was a point where we reached our cerebral difficulty ceiling. Yet the puzzles continued to grow in complexity regardless, leaving us behind to tread water in the deep end. This is where our relationship with this plucky puzzler became strained. There is no help or guidance from the title. No prompt on how to progress if you stand around confused. Nothing.

The player simply has to mindlessly link signs together, plot routes and move their little androgynous stick person around until eventually, a breakthrough comes. Although it’s not due to clever old you having a eureka moment. It’s simply because you stumbled on the solution by chance and that, is not what a puzzle game is all about. That is not how you deliver that sweet serotonin to your players.

Overall, this game is one of the better puzzle games that we have seen in recent years. It doesn’t quite reach the heights of the greats like Portal or The Witness. However, it certainly does a lot right. The haptic feedback is the best that I have witnessed since Astro’s Playroom. The art style and general concept of this game is creative and well-executed. The soundtrack is admirable and the game is surprisingly immersive for a puzzle game.

On a more negative note, the game becomes excessively complex to the point that accessibility becomes an issue. Though, aside from this, the game is a really good attempt at creating something new in a genre that often relies on rehashing old ideas. We would recommend this to anyone that wants something new and interesting within the genre and doesn’t mind a good cerebral workout.

So that’s our review of The Pedestrian on PS5. What do you make of this title? Will you be picking this one up anytime soon? How do you think this one ranks among other puzzle titles out there? Let us know in the comments section below. Also, if you liked this content, why not check out our other reviews of Encodya or The Orange Cast. Thank you for reading Veryali Gaming.

Summary: The Pedestrian is a 2.5D side scrolling puzzle platformer. You are The Pedestrian! Enter into a dynamic 3D world with stunning graphics and challenging puzzles. You play by rearranging and reconnecting public signs in order to explore and advance through each engaging environment 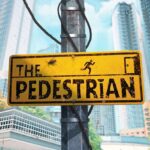