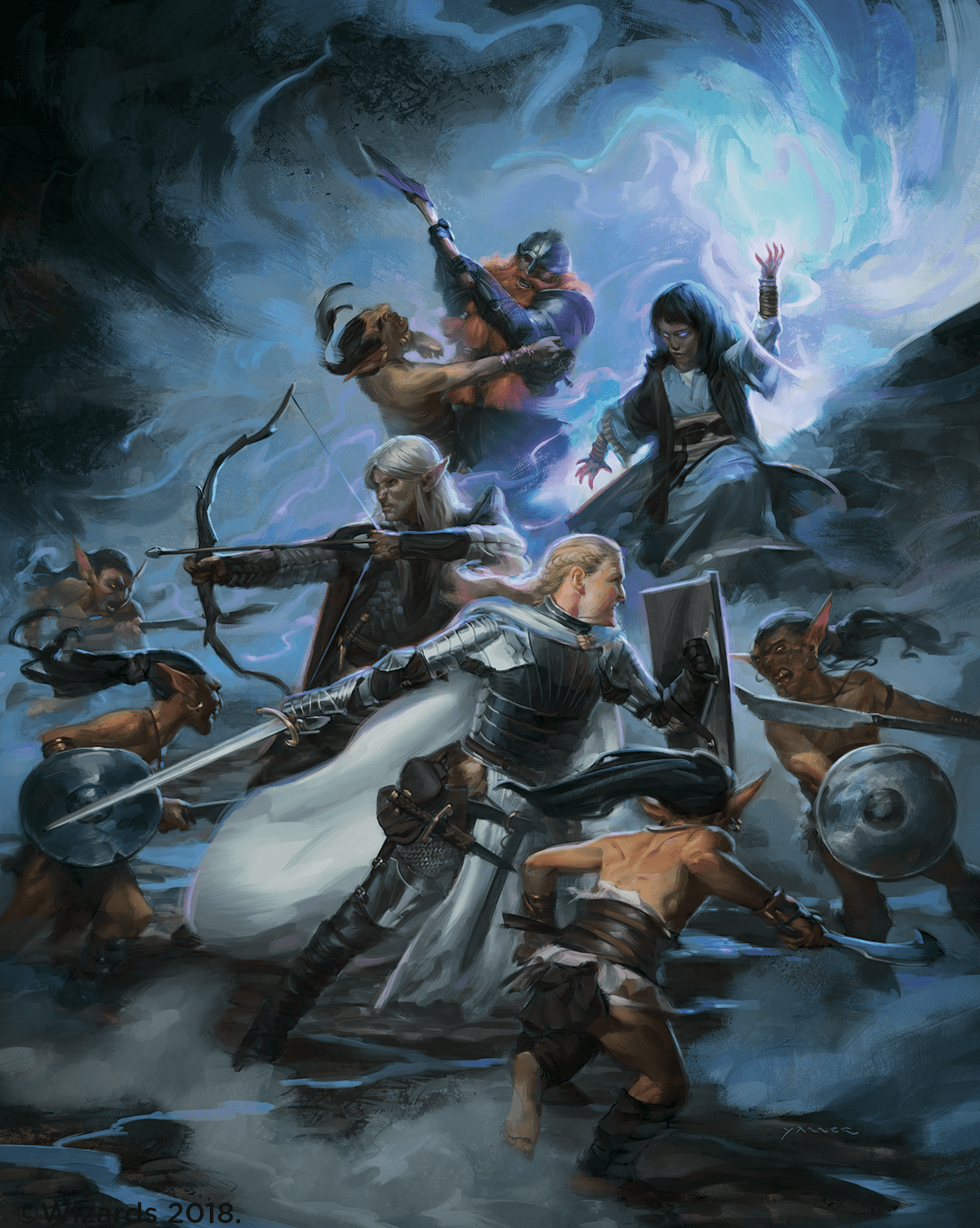 As the first playtest content of 2021, three new Dungeons and Dragons races have been released. The unique thing about these options is that they can be applied to any race already in the game. A player can be a dhampir halfling with a thirst for blood. You can have an elven hexblood, who had a run in with a mysterious old woman in the woods and now has innate magical powers. Frankenstein’s monster could be an example of a goliath reborn. These three races follow the racial customization from Tasha’s Cauldron of Everything. They are presented without Ability Score Increases, Languages, Alignments, and proficiencies. Without further ado, let’s dive into dhampir, hexblood, and reborn!

The dhampir Dungeons and Dragons race is for anyone who wants to play a vampire of any sort. The dhampir hunger, that’s their defining trait. What the hunger for is up to the player. The Unearthed Arcana provides a few examples of hungers like the classic blood or meat. These are neat, but my favorites are the more esoteric hungers like dreams or a certain color. This gives a lot of space for character exploration and expression.

Dhampirs come from those with ties to vampires, but aren’t fully consumed by their vampirism yet. Origins from the playtest content include a vampiric ancestry or a parasite taking roost in the character’s body that fuels their hunger. These vestiges of vampirism allow the dhampir their character traits.

For starters, dhampir are humanoid and undead (don’t worry, healing spells do still work on them). They have a base movement speed of 35 feet coupled with the Spider Climb feature. This grants them a climb speed as well as the ability to walk on walls and ceilings with their hands free. Dhampir have darkvision, as any good hunter of the night should. They also have a vampiric bite feature, which deals 1d4 damage on a hit and counts as a simple melee weapon. Upon biting a creature, the dhampir can choose to either regain health equal to damage or gain a bonus to the next ability check or attack made equal to the damage.

The world of Dungeons and Dragons is rife with magic. Hexbloods are those who have stumbled upon this magic and been forever altered by their encounter. This could be a curse from a coven of hags, a boon from a friendly fairy, or even a prank from an old druidic hermit. Hexbloods’ very essence has been changed by whatever magics have touched them.

Hexbloods are both fey and humanoid with the darkvision and fey resilience traits. The latter allows them advantage on saving throws against being charmed. They also have hex magic, which lets them cast disguise self or hex once a day with this trait, or with any spell slots they have. The very unique racial trait hexbloods have is magic token. They can harmlessly pluck out a small piece of them, be it a fingernail, tooth, or clod of hair. Until their next long rest, this vestige can be used as a magic conduit between the hexblood and the holder. They can send messages back and forth, and if the hexblood concentrates, they can see and hear through the token.

IT’S ALIVE! Again! Reborn are those that have died, but not exactly gone without a fight. Despite the fact that they’re technically dead, they toil on, with memories of their past life gnawing at them. Is this why they feel the call for adventure? That’s up to you! Reborn have a plethora of origin stories that can go along with them. A reborn can be the product of crazed experimentation, with stitched together limbs. They can also be undead that have somehow regained whatever consciousness is left in their rotted brains.

Reborn are always humanoid, but have the choice between construct or undead for their second creature type. They have darkvision, deathless nature, and knowledge from a past life. Deathless nature gives the reborn three benefits. First, they have advantage on saves against disease and poison and are resistant to poison damage. They also have advantage on death saves. Reborn do not need to eat, drink, or breathe. Finally, their sleep is similar to elven trances, they only need 4 hours of it, and they just… sit there, thinking. Knowledge from a past life lets them add a d6 to an ability check when they make it.

As always with Unearthed Arcana, these are for playtesting, and are subject to change before being published in any official release. Check out the full text of the playtest material!

Excited to play these Dungeons and Dragons races? Any abilities seem particularly strong? Let us know! If you liked this article, take a look at some of our others: Fall Guys: Mid Season Updates adds Cool New Content or DOOM Eternal Could Be Getting a VR Port According To Leak.