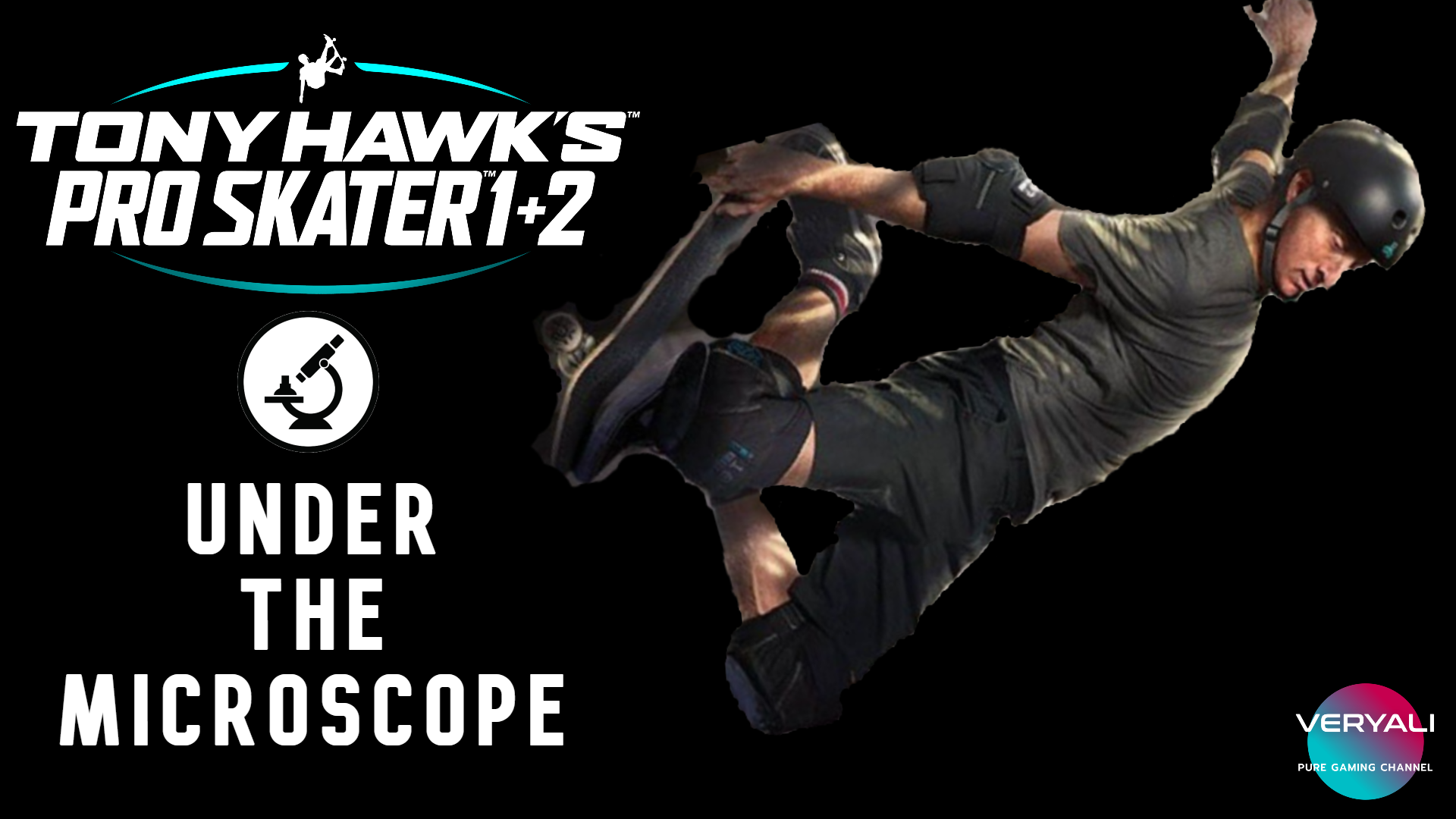 Hey gamers and welcome to Veryali, your one-stop-shop for all things gaming. Today we have a real blast from the past for you which has been given the remaster treatment and polished up to meet modern gaming’s high standards. In this nostalgia-inducing title you’ll be putting together sick combos, making impossible jumps look like child’s play and popping Mctwists like it’s nobodies business. Of course, we are talking about the return of the classic skating series, Tony Hawks Pro Skater.

This title comes off the back of a number of horrendous attempts at reviving the series such as Tony Hawks Ride with its gimmick skateboard controller or the ill-fated Tony Hawk’s Pro Skater 5 which would be so broken on launch that it would require a patch larger than the original game file just days later. So it’s safe to say that there has been a certain amount of scepticism surrounding this title. Would it be another flop as Activision cash in on their former cash cow, or would it be the revival of a gaming juggernaut? Well, that is exactly what we aim to answer for you today. So tighten those trucks and get those knee pads on, we’re heading back to the nineties as we give you the rundown on all things Tony Hawks Pro Skater.

Let’s begin with how this bad boy looks. The ill-fated fifth entry for this iconic series aimed to bring the franchise into the modern age of gaming but failed to do due to both an abundance of technical errors and a reliance on the modern-day skate scene. What THPS 1 + 2 does fantastically is blend the old, nostalgia-inducing assets with the new, more present-day skating vibe to deliver lovingly reimagined maps that are nothing short of a visual master class.

You’ll have access to every map from the first two entries in the retro series and each map really does it’s older counterpart justice. Take the warehouse level for example. It has been given a polish to look refurbished and visually appealing without changing the core structure or key features of the map and this rings true for pretty much every level throughout the time you’ll spend with this title.

The biggest graphical change that long time fans of the series will immediately notice when revisiting these areas is the lighting. The step-up in the quality of lighting, shading, textures and other small details make the maps come alive and offer a certain level of authenticity and realism that the retro titles simply can’t offer. Then when you add on top of that the wonderfully rendered character models and their animations that again, only cement that feeling of authenticity, then you begin to realise just how holistically stunning this game is visually.

The maps may be instantly recognisable but there has been a number of changes that really add to the appeal of each area. The school maps now differ heavily from each other, the mall level looks like something pulled from The Last Of Us: Left Behind and the hangar level has been overhauled completely to look much more conventional. Admittedly, the latter really didn’t need much changing but it’s good to see that the developers aren’t scared to push the boat out and adapt to modern times.

All in all, the graphics are a real step up from anything we have seen within the series. There are small niggles at time of release such as long loading times and occasional frame drops on certain maps but we can only assume that these issues will eventually be patched and even if they aren’t, we are more than willing to accept the trade-off.

Moving onto how this one handles. Fans of the series will be happy to know that this title takes the series back to its roots of time-critical, arcade-style action. You’ll be able to pull off massive high scores, find the skate letters in each level, complete fun environmental missions and of course, locate the secret tape in each level. It’s the format that we all fell in love with so many years ago brought back with added love and care.

The controls have the same familiar feel to them as well, so for those returning to the series, this game will fit like an old glove. The weight of the skater, the turning radius and the physics all feel perfect and there isn’t a new gimmick in sight. It’s a pure experience that doesn’t want to bombard the player will new info, just the old stuff. What we appreciated was that the developers decided to go for the more modern control scheme present in the later Pro Skater titles so that you can combo with greater fluidity.

For example, you’ll be able to no comply or boneless to clear small ledges and start combos, you’ll be able to reverb when you land a vert jump and keep your multiplier going and you can do manual lip and grind tricks to add to your score. Its small details like this that allow the title to toe the line between nostalgia and modern gaming brilliance so perfectly and we are living for it.

Now, let’s bring it back down to earth for a moment because it’s not perfect. To put it in perspective, the EA Skate series redefined what a skate game could be and arguably should be. It’s a realistic take on the sport, the radical change in camera angles and perspectives, the storylines that were more in touch with the actual skating community and it’s abundance of content really put the Tony Hawk’s series to the sword. So if you ask us now if it still does, we have to honestly say yes.

THPS scales back on the more cartoonish side that titles such as THUG2 or American Wasteland utilised but you can’t help but feel a disconnect from reality when you are grinding a ledge for 100 metres before jumping to the floor from a tremendous height only to land perfectly with both ankles in great shape. So for this reason, it feels like this game is a novelty. It doesn’t really have anywhere to go. It’s great for what it is, it just feels like it wouldn’t exist if it wasn’t a remaster.

Back to the praise for this title as it has incorporated online play seamlessly and it’s really fun too. You’ll have access to all your favourite competitive modes like trick attack, graffiti, King of the hill and other classic modes. Plus you’ll be able to create a skater with a level of detail that has never been seen within the series before. 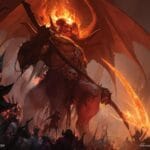 This trend translates to the create a park feature as well that allows you to use a wide variety of assets to create playable masterpieces for you, your friends or the online communities amusement. This was a particularly smart move from the developers as this creation feature is what gave the Skate series such longevity and with a bit of luck, fans of the THPS will latch onto this and create some really inspired parks.

The progression system is the only thing that may seem a bit strange at first for long time fans. This essentially acts as a level system which connects to the online leader boards. Essentially, the higher level you are, the more money you earn and the more new cosmetics and gear you get. Thankfully it all is incorporated seamlessly without any real need to take time to learn the new systems.

It wouldn’t be a THPS game if it didn’t have a killer soundtrack that mixed some punk, grunge, rock and indie classics into the mix. This title takes some of the tunes from the older titles and adds a collection of new but very suited tracks into the mix to create a stunning playlist to skate to. So you’ll still have beloved artists such as The Dead Kennedys, Rage Against The Machine and Powerman 5000 blasting in your ears but you’ll also have new artists such as Machine Gun Kelly, FIDLAR, Skepta and Billy Talent to contend with as well. Sadly, there won’t be a return of Superman by Goldfinger but hey, you can’t have it all.

Overall, we feel that this title is the rebirth of the series and what fans of the franchise have been waiting for since the release of Tony Hawks: Project 8. It gets all the visual details right, drags them up to modern gaming’s standards, keeps the same familiar controls and above all. It retains that same arcade style, wacky fun factor that made everyone buy a Playstation one way back in 1999. Is it as good as Skate? Well, it’s like comparing chalk and cheese. Mechanically they are on a par. Skate nails realism, THPS nails the retro, arcade-style.

The only reason we will say that Skate is still the king of the Skating game realm is down to its originality. THPS 1 + 2 while fantastically reimagined, has backed itself into a corner. We think that many would appreciate remasters of 3 + 4 or even just DLC creating the most iconic maps across all the titles with THUG, American Wasteland and Project 8 included. However, we don’t think you will see a massive want or need for a brand new Tony Hawks title. This is a novelty title done right but that’s still what it is, a novelty.

Our verdict is if you are a fan of the series, the wait is over, a good Tony Hawks title has arrived so go treat yourself. If you are a casual gamer that loves something fun and easy to jump into, this is ideal for that. If you want something to play with your friends, again, this is outstanding. However, if you’re expecting any semblance of a story, you’ll find none here and if you’re expecting a cut-price tag because it’s a remastered title then think again. We would suggest perhaps holding out for a while and getting a cheaper price for this title but that isn’t to say it’s not the price tag. The birdman is back and he’s back with a bang!

So that’s our rundown of THPS 1+2. Did you pick this one up on release day? What map do you think has been recreated the best? How are you finding the online services for this title? So you think that fans would want a brand new THPS title or just more remastered content? Let us know in the comment. 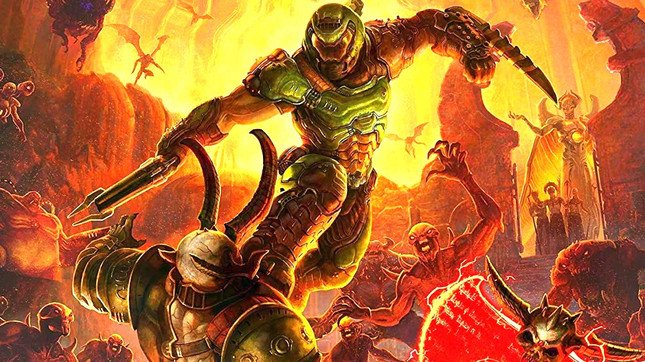