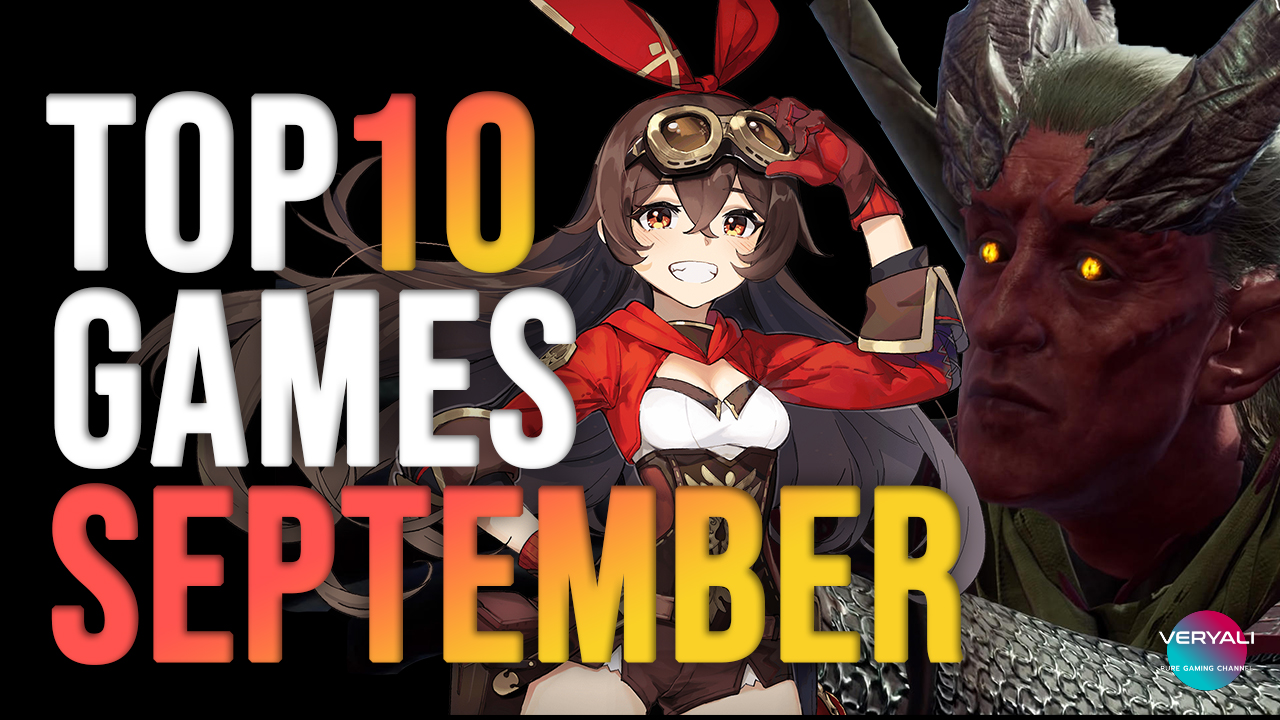 Hello Gamers and welcome to Veryali, where today we are looking at all the new and exciting games set to hit the shelves in September 2020. With the world returning to what is now our new normal, so is the gaming industry, so we can expect a healthy portion of new gaming content coming our way this month. Thank goodness because God knows we’ve been starved.

We have a jam-packed list of new and exciting titles to get through, with Marvel Superheroes, the return of Iconic futuristic shooters, a more modern take on a fifth-gen classic and many more to get through, we can’t even fit the lot on our list so without further adieu, let’s get into the video and list our honourable mentions for this month. Also, if you haven’t hit subscribe, be sure to smash that button with notifications on to ensure you don’t miss any of our fantastic content!

Our honourable mentions for this month come in the form of a walking sim and a Zelda-esque title. First up is an Annapurna Interactive published title called I Am Dead. This game marries all that’s great about walking sims with the enjoyable conundrums that come with puzzle titles. You can see the Hohokum developers experience come through within the design of this colourful game and the unique mechanic to gain insight into the narrative through finding meaning in each item is truly fascinating. This is well worth picking up on Steam or Switch this month.

Then our other honourable mention is the Breath Of The Wild inspired title, Genshin Impact. This title uses an art style and core mechanics similar to the runaway success, Breath Of The Wild, to form a great foundation for an anime storyline to set it apart from its inspiration. The combat looks fantastic, the world looks beautifully imagined and best of all, it’s free to play. So on the 28th of September, grab this one free of charge.

Starting off our top ten is the annual update to the NBA series. You might think this is a bit rich considering the 2019/20 season isn’t even over yet but as is custom, 2K never misses a chance to cash in. The game returns with its usual fan favourites such as the career mode but also seems to be treating fans to new modes and improvements such as MyTeam Limited, a feature called the exchange and a series of graphical and gameplay improvements that move us one step closer to seamless, realistic basketball in our own homes. It’s worth a look for all keen basketball fans for sure.

Remember the game that defined graphical perfection. Well, it’s back and it looks better than ever. It used to be a real flex if your system could run Crysis at a smooth 60FPS however, with this new remaster anyone with a current-gen console can jump in on the action. The game retains the classic gameplay with a new set of texture packs, lighting effects and other features that will polish the already stunning game visuals. Anyone who wants to refresh their memory or players who have never witnessed this title should jump into this one when it lands this month.

Another remaster, does anyone make new IP’s anymore? Well, when you have licences for fantastic games like Mafia we can forgive rehashing old ideas. After the success of the Mafia 2 remaster just a few months ago, it’s only logical that we are seeing a reimagining of the original Mafia title. This one will use the same engine as the last remaster and aims to bring the 2002 classic into the modern age. We’re excited to get our hands on it and you should be too. So, Tommy guns at the ready for when this one drops on the 25th September.

Next up we have a real anomaly that will get WWE fans excited. This WWE title looks to buck the trend of mediocre annual titles in the series with a more cartoonish, whimsical take on the franchise. This one looks set to give fans a taste of the same action that they crave year on year but with a more slapstick angle that may be the change in direction that the series needs. One thing is for sure, it can’t be worse than 2K20. Fans can get their hands-on this on the 18th September 2020.

Within a genre that edges towards more and more lavish and intricate mechanics and gimmicks each year to stay relevant, it’s nice to see a series that stays true to its roots. WRC 9 looks set to keep the realistic rally experience of the series alive. The handling has been adjusted for your drifting pleasure, online modes have been revamped to allow for more multiplayer moments of bliss and overall, it looks like a game perfect for the pure racing aficionado. This one hits the shelves on the 3rd of September so be sure to pick this one up then and hit the dirt side on with speed.

From the high octane brand of FPS shooters such as Shadow Warrior and Doom comes another instalment in the Serious Sam franchise. This one looks to be very much business as usual in terms of the gameplay and visual stylings with the player being asked to save the world from headless alien hordes wielding bombs akimbo, just a day in the life of Sam Stone. The title promises to up the visual quality and enemies on screen while keeping everything else very familiar for returning fans, what more can you ask for? Be sure to add this one to your library on the 24th of September.

When you have a beloved franchise such as the avengers, it’s bound to gather hype and in this case, that’s exactly what has happened. This game has promised a lot to Marvel fans and aims to provide the nuanced and varied combat styles of all it’s heroes to one fleshed out game. It’s an ambitious title and despite recent gameplay demos and beta gameplay not being too promising, there is a certain morbid curiosity to see just exactly what this game has to offer. This one lands on the 4th of September so assemble your caped crusaders and see just what this game has to offer.

The Birdman is back and better than ever. After a haphazard list of blunders for the series, including a game that required a patch the day after launch larger than the initial game file. It seems that Tony and his gang of kickflip cronies are back in business. The art style is familiar but polished, the gameplay is mechanically sound, the soundtrack is brilliant as you would expect and the nostalgia. Well, it’s off the charts. For anyone looking to jump back into the series and visit the warehouse where it all began in summer 1999, this is your best chance.

For the longest time, we have been starved of a new RPG to take over our lives. Thankfully though, September has provided a real doozy. This one takes a pre-established world brought to life by the novels of R.A Salvatore and creates an action RPG title that is made by RPG fans for RPG fans. It takes aspects of games like Dragon Age and Divinity then adds it’s own unique twists and turns to give an experience that will have you immersed in this new world for hours on end. This one launches on the 8th of September so you have until then to prepare for a long and brilliant adventure.

Then lastly for this month, we have a mammoth entry in the form of Baldur’s Gate III. This series has always been famous for bringing the Dungeons and Dragons experience to the small screen in the most convincing and intricately detailed way possible. This iteration looks set to continue this trend with a finely woven story, a rich tapestry of choices, class systems and player-driven gameplay. Not to mention the fact that the game looks stunning. It’s the game that many loyal fans of the series have been waiting for and the wait ends on the 30th of September. So twenty-sided dices at the ready ladies and gentlemen, a new campaign awaits.

So that’s our list of the most exciting new titles for September 2020. What are you most excited about? Which one of these games do you think will flop on release? Were there any games that we missed? Let us know in the comments below.