Visage is a first-person psychological/ survival horror game, developed by SadSquare Studio. The game takes inspiration from Hideo Kojima and Guillermo del Toro’s PT. As a result of SadSquare’s attention to detail, they without a doubt nailed the atmosphere through visuals and audio. The game is truly terrifying, extracting core elements of PT while improving interactivity that was lacking in PT. SadSquare have created a horror title that does not rely on cheap jump scares. But instead captures the feeling of being alone in a house at night.

Visage’s gameplay mechanics are methodically presented to you as you make your way through the house. While Visage teaches you the core mechanics of the game. It will give you basic hints on how to progress in each of the four chapters. Chapters are handled in a unique way as they can be played in any order you prefer. As you advance through a chapter you will learn about the events that unfolded leading to each haunting.

Gameplay entails you finding key items to unlock new areas and story, while maintaining your character’s sanity. Lighting areas is a core mechanic that has a direct impact on your sanity level. For example, switching on lights by lighting candles and fixing light bulbs, you’ll be able to keep your sanity levels up. Linger in the dark for too long and your sanity will begin to decrease. Low sanity level affect the occurrences of paranormal events, which can be anything from lights turning off, TV’s and radios turning on to doors slamming, and light bulbs breaking. However, paranormal events will occur with high sanity levels as well.

Even though the gameplay is simple, it’s well executed , as resources are limited throughout the house. Light bulbs, lighters, candles and pills to improve your character’s sanity will be your main items for survival. While candle holder locations are strategically placed to not be able to cover all of darkness.

Visage Both Looks and Sounds Authentic

No horror game would be complete without an extensively authentic audio and visual design. Indie team SadSquare have done an incredible job of making sure that the house and props within it look realistic. Furthermore, there are plenty of graphical options available to fiddle with.

Dark areas are going to look extra creepy as lighting is executed extremely well. This is due to lighting being dynamic as light sources vary with intensity. Like SadSquare states the player will at times feel a sense of comfort and moment of respite. However this is rather short lived -expectedly – as you move through a chapter. As the house will constantly be evolving as paranormal events manifest. Some events will break realism as your character walks through mirrors in chapter 2 for example. The strange occurrences of lights switching on and off become less scary once you begin witnessing major events in the chapters.

Audio is implemented in an attentive way to keep you on edge and make the house feel alive. Straight away this was evident through the ambient creeks of floor boards and doors as you begin the game by walking down a set of stairs, until your neighbour rings the house phone up. Upon interacting with the phone your character will bring the it to his right ear. As a result the phone audio will play through your right headphone.

While frequently compared to PT for obvious reasons. Visage stands on its own as a clear example of how the horror genre can be navigated. Visage’s success comes from a well crafted mix of realistic horror and supernatural horror. Walking around a house alone at night is a spooky venture that everyone has experienced once before. Additionally, the paranormal events and scenes are expressed with liberty while holding onto a sense of integrity at the same time , which is no easy feat.

However, minor, dynamic and interactable items can be clumsy to control at times. As Candles can be quite the fidget to light and set down. In my time playing the game I encountered one bug: As my character walked up the garage staircase and entered the room above, The character fell through the ceiling into a number of props rendering me unable to move. Consequently, I had to reload the game.

Visage is well worth a play and will bring you back to the non-contemporary and mysterious gameplay that PT created & is implemented expertly here. SadSquare prove that they aren’t just another Indie horror developer, and have succeeded where many horror titles have failed. Minor setbacks such as glitching through the garage staircase and clumsy interactive controls bought down the overall score.

Visage is available now on Steam ( Get the best deal for the Steam version here), PS4 and Xbox One at $34.99. However, PS4 owners in regions Japan and Asia will have to wait until the end of November due to ratings issues.

If you enjoyed that review why not check out our other work such as our Jetboard Joust review. Or check out the latest video gaming news such as all the details on Days Gone PS5 upgrade. Additionally you could head to our YouTube channel, Thanks for reading VeryAli!

Summary: Set in a strangely-structured house with a somber history, players control Dwayne Anderson as he explores the backstories of the inhabitants that once lived there. 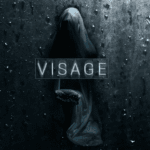