Warzone 2 Best WeaponsWhile choosing a weapon in Warzone 2, this guide will help you to choose the best weapon from Warzone 2 Weapons Tier list. 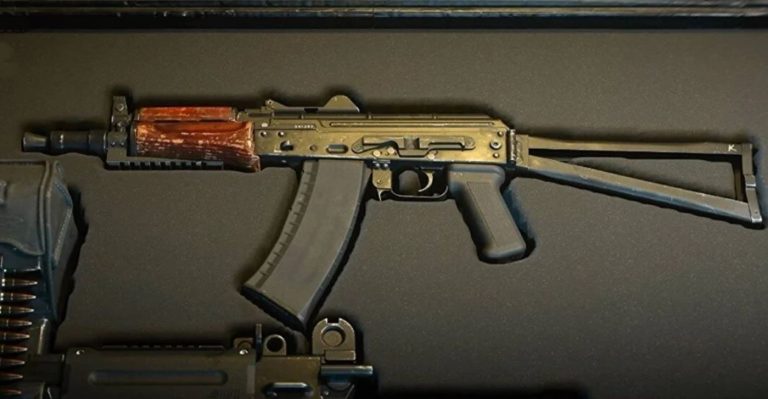 Call of Duty Battle Royale Warzone 2 has rocked the gaming industry due to its outclass build. It has a variety of long-range and short-range maps. Depending on the area of the maps, you can choose the weapon accordingly. This guide will lead you to the Warzone 2 weapons tier list enlisted from the ranks of S to D. These ranks will be explained shortly.

Now, in Call of Duty Battle Royale warzone 2, there are more than 100 primary and secondary weapons ranked from S to D. Therefore, it is hard to explain all the weapons of Warzone 2 with their specifications and features. So, we will discuss the most powerful and reliable weapons of each category. We will cover only the best weapons among each category of weapons tier.

Keep in mind, this is the guide to Warzone 2 weapons tier list, we have selected the best weapons specifically ranked C tier or above as the weapons below the C tier are not much powerful or effective in the battleground. You can say these are useless weapons, but you can test any weapon and can make your best loadout according to your choice. Let us discuss the tiers category first.

The weapons in Call of Duty Battle Royale Warzone 2 are ranked in the five categories as follows. These ranks are arranged from the higher to the lowest tier as mentioned below:

The S-tier has the most powerful weapons. The weapons placed in the S-tier can manage any condition as they are the most reliable weapons in the Call of Duty Battle Royale Warzone 2. You can overpower your enemy quickly by using these weapons accordingly.

The A-Tier has weapons that ranked below the S-Tier but these weapons are also much more powerful to use in Call of Duty Battle Royale Warzone 2 with some modifications required.

The B-tier has weapons that are the most lethal in Call of Duty Battle Royale Warzone 2 when used with the perfect suitable attachments and class in their best loadout. This category is the centralized category of the weapons tier list, in between the best and the worst.

The C-tier weapons are the last available choice for gamers in Warzone 2 weapon tier list. The weapons lying in the C category can be handy when used with the best attachments in perfect conditions. Below the C-tier, the weapons available are useless.

The D-Tier possesses the weapons that are the left choices for the weapons in the warzone 2 weapon tier list. The C-tier weapons are the worst in Call of Duty Battle Royale Warzone 2. These weapons can be used in case you have no weapon.

The best S-Tier weapons are discussed below:

The most powerful weapon in the S-tier Warzone 2 is the M4 Assault Rifle. The new M4 is the most reliable weapon in Call of Duty Battle Royale Warzone 2. Due to its new extraordinary features, M4 has become the strongest weapon to overpower the enemy in any condition.

M4 has the best features among the Warzone 2 weapons tier list. It can cause your enemy to suffer great damage. M4 has the greatest accuracy factor which will help you target your enemy more precisely.

M4 has the highest pick rate and the highest fire rate in any condition which is 25.79%. It has the greatest mobility factor. Therefore, by equipping M4, you can control vertical recoil which improves your accuracy and provide you additional chances to overpower your enemy quickly. M4 has the greatest bullet velocity through which you can easily overpower your enemy.

By choosing the best loadout with the best suitable attachments for M4, you can kill your enemy within a few seconds. Thus, M4 is the most dangerous weapon in the warzone 2 weapons tier list.

The next strongest weapon the S-tier warzone 2 is the VAZNEV-9K. VAZNEV-9K has the highest time-to-kill factor which helps you down your enemy very easily within a few seconds. It has the greatest precision while aiming at the enemy.

VAZNEV-9K can provide a greater damage range. It has a greater mobility factor which helps you to control the vertical recoil. VAZNEV-9K is the efficient weapon in Call of Duty Battle Royale Warzone 2 when used with the best attachments.

VAZNEV-9K can provide you with ADS, the highest reliability. Therefore, you can put down your enemy with the stroke of VAZNEV-9k when used in optimal conditions.

Next comes the RPK which is a mobile LMG weapon placed in the S-tier of the warzone 2 weapons tier list. It has high stability and can control the vertical recoil efficiently. RPK exhibits greater damage when used with the best suitable attachments.

The next overpowered weapon in the S-tier is of Sniper category which is MCPR-300. It can help you create some trouble for your enemy if you are competing at a long range. It has a pick rate of 3.5% which is moderately helpful. MCPR-300 when used with the best suitable attachments, is the best option to put down the enemy quickly in just one headshot.

The best A-Tier weapons are:

The first weapon that comes in the A-tier is Lachmann-556. It is an assault rifle with an extremely good accuracy factor. It is the most reliable gun in short and middle-range fights due to its high stability.

Lachmann-556 is the best weapon to be used in the A-tier due to its accurate aim and greater mobility with high damage. The restriction in equipping Lachmann-556 is its low time-to-kill factor which makes it less efficient in highly competent matches.

The next weapon in the A-tier is of SMG category which is VEL-46. VEL-46 has some best qualities due to which it is placed in A-tier. It is an auto weapon with a great fire rate which will help you compete with a whole squad at the same time. It has moderate accuracy. If some reasonable attachments are made, VEL-46 is the best SMG to be chosen as a primary weapon.

The next weapon which comes in the A-tier is the M16 assault rifle. It has a burst-style action. M16 releases the bullets at a low-velocity rate leading to a low-damage weapon. This weapon can be used with the best possible attachments if needed.

The M16 assault rifle has a very high vertical recoil which is quite difficult to control. Due to its low fire rate and great vertical recoil, it is very hard to use.

The next awful weapon in the A-tier is SP-R 208. It is a marksman rifle with a greater precision factor. SP-R 208 has strong damage in close and long-range fights. It can put the enemy down in just one shot. You can overpower your enemy quickly by equipping this marksman rifle in modern warzone 2.

In Warzone 2, the STB 556 is the most powerful weapon in the A-category of the weapons tier list. STB 556 is an assault rifle that can help you put down your enemy in a few seconds. It has the best recoil control. STB 556 has the fastest fire rate which is the strongest factor for its pickup.

It is recommended to use the STB 556 in short range. It has an average time to kill which is a hurdle in its pickup otherwise this is the best weapon to be used in the short and middle range.

The best B-Tier weapons are:

Next, comes the TAQ-56 assault rifle which is placed in B-tier. It has a reasonable grip which helps you improve your target. TAQ-56 has quite awesome vertical recoil. You can use this weapon in short-range maps to overpower your enemy quickly.

Kastov-762 is the most powerful gun in this category. Because of its incredibly high damage range, it is a really good weapon to use. It has extremely good control on vertical recoil. Due to its ultra-high fire rate, Kastov-746 has become a deadly weapon in the Warzone 2 weapon tier list. You can tear your opponent by using this weapon with the best suitable attachments.

The Kastov-74U is an assault rifle placed in B-tier warzone 2. Kastov-74U is an extremely good gun in the short and middle range. It is hard to use as it has great vertical recoil due to its great fire rate. If you are competing in short range, you should be aware of these situations.

The best C-Tier weapons are:

The best weapon to be used in C-tier is FENNEC 45. It lies in the SMG category. The major reason for this selection is its extremely high bullet velocity with a greater fire rate. Therefore, you can use this weapon for quick fights. Therefore, by using this weapon, you can easily overpower your enemy.

The reason for its placement in C-tier is that it will be running short of bullets as the fire rate is so high. So, you need to be aware of these situations as well while choosing the weapons in warzone 2.

Now, we have explained the best weapons for each tier category in Call of Duty Battle royale Warzone 2. We can’t explain all the 100 plus primary and secondary weapons in this guide. These are the best weapons on the warzone 2 weapon tier list.

Therefore, we have explained the best weapons tier list from S to C-tier as the weapons lying below C-tier are of no interest to us. You can choose the weapon of your choice depending on your taste for Warzone 2.

There are some other handy weapons in Warzone 2. These weapons include knives, swords and frag grenades, etc. You can pick them for your assistance in close-range fights.

The Call of Duty Battle Royale Warzone 2 has a variety of short-range and long-range maps, and selection of weapons depends on the area of maps accordingly. Therefore, it is preferable to use the above-mentioned weapons listed from the best to the worst tier but it is not compulsory to use these weapons only. You can test any weapon from any tier according to your desire and can check their features by playing warzone 2. So, you can make your loadout as per your desire and can enjoy the fight.

Warzone 2 has a variety of weapons, ranked from the S-tier to the D-tier. The S-tier has the most powerful and handy weapons and the D-tier has the low-power weapons accordingly. This guide sums up the best warzone 2 weapons tier list. Depending on the area of the maps, you can choose your weapon according to your taste. Therefore, you can make your own best loadout, you are comfortable with in Call of Duty Battle Royale Warzone 2.