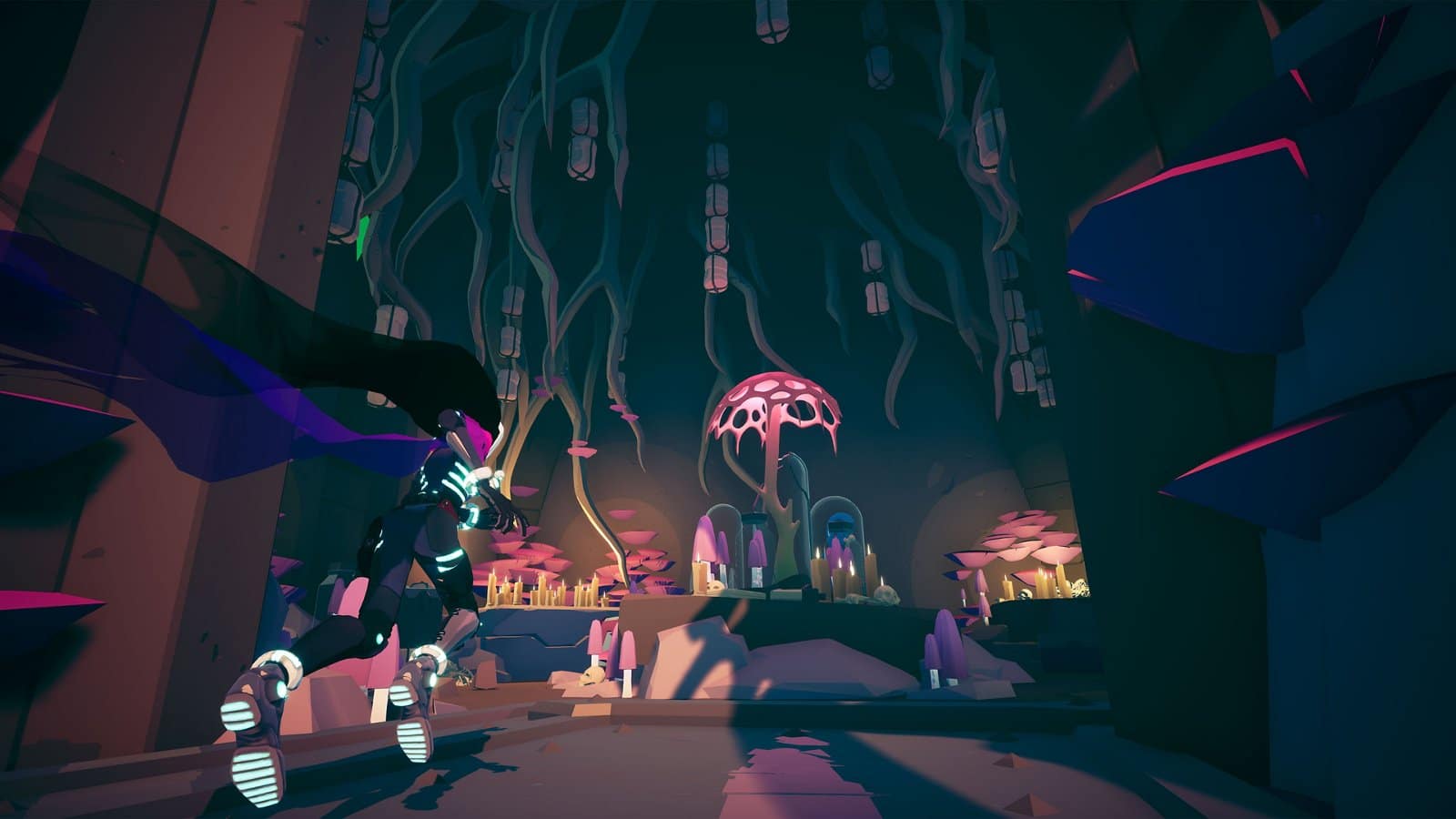 Zoom into the Nether in Solar Ash |State of Play

This was the trailer that made me start fangirling, so I’ll try to keep the bias out of this Solar Ash gameplay reveal trailer but… it’s just so pretty and cool and epic… and did I mention pretty?

If you were a fan of Hyper Light Drifter (Heart Machine worked on both that and Solar Ash) and are patiently waiting to see just how much Solar Ash will follow in its footsteps, the answer is, the perfect amount. This time around, we got to take a good, hard look at the gameplay. Solar Ash is a stylized 3D platformer that flows quickly on by. It’s reminiscent of Hyper Light Drifter without feeling like a sequel.

During this State of Play, we learn about the creatures you’ll be facing as well as the world you’re entering – the ultra void – that’s been devouring everything around it. You’ll be playing as our heroine, Ray (I smell a theme), who skates around her platforming world.

Similar to Hyper Light Drifter, a lot of what makes the movement and combat engaging is focusing on timing and speed.

Enemies get bigger as you get deeper, and in the trailer, we see Ray take on a sentinel, a huge dragon like beast that may or may not be a boss. According to the trailer, these beasts hold the key to Ray’s quest, which we can only assume is something along the lines of being the only person in the world who can stop the evil void.

The soundtrack – the small piece of it we heard may have some disconcerted, as it doesn’t sound too much like Disasterpeace’s generally recognisable music. But worry not, I did a quick Google search, and it seems he will return to make the music.

Solar Ash will be coming to the PS4 and PS5 later in 2021. Check out our coverage of State of Play for all the important new & announcements.